Previously, on MinerBumping... Agent Kalorned single-handedly shut down Mission Ready Mining's mining operations in the Gelhan system. Though MRM had over 2,400 members, they lacked discipline and the Code. Fortunately, however, they appeared to have a number of friends in various PvP alliances. One of these allies, Isabella Finn, coached the miners in MRM's private intel channel.

One of Kalorned's gank alts still had access to the MRM channel, despite having been outed as a spy the day before. Kalorned watched more news reports about himself. 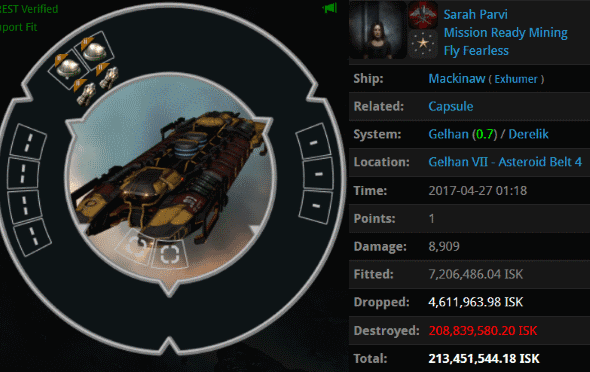 The many watchful eyes of MRM and the experienced counsel of Isabella were no match for Kalorned, who continued to have free rein in Gelhan. His gank alts terminated one of MRM's more disgraceful Mackinaws.

Isabella was disgusted by the poor quality of the miners under her command. Maybe there was no helping these MRM carebears.

The death of the unfit Mackinaw sparked a lively debate in the MRM channel. Maybe empty mids and lows was the right strategy?

Isabella urged the miners to, in effect, obey the Code. Her advice was laughed off by the "no modules" advocate.

Defeatism set in. If an organization with more than two thousand members--plus allies--couldn't stop a single New Order Agent, perhaps the Code was indeed invincible after all.

Kalorned's gank alt with the intel channel invite, Keraina Talie-Kuo, chimed in with some friendly advice.

Most of the MRM members were in a state of extreme frustration. Others showed curiosity: Kalorned was the first interesting thing they'd seen in EVE. 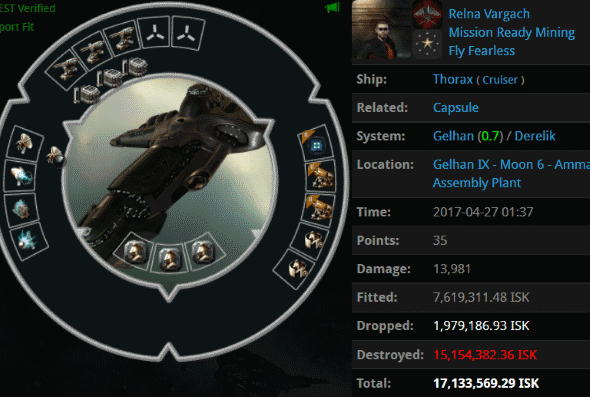 After cautioning other MRM members to stay away, Relna Vargach decided to try a little PvP. He attacked Kalorned's suspect Orthrus and was killed instantly. Seeing the death of their champion, Mission Ready Mining had all but given up. Then another contender stepped into the ring:

Pheonix Jr was not a member of MRM. He belonged to Vendetta Mercenary Group. This confirmed Kalorned's earlier suspicions that MRM was affiliated with a bunch of highsec mercenary outfits.


Pheonix Jr > you wont' even fight my sluggish brawling loki, In a kite boat
Pheonix Jr > what a fuckin vagina
Kalorned > Once you have proven your honor I will be happy to duel you anytime, anywhere, in any ship of your choosing
Pheonix Jr > That seems like a convenient excuse to always say no

Unable to defend themselves, MRM had called in the big guns. Pheonix urged Kalorned to engage in an honourable duel.


Kalorned > I must follow The Code friend
Kalorned > And The Code is very firm on the matter
Pheonix Jr > "when you join code and your ass starts to hurt from all the gay sex" - Kalorned 2017
Pheonix Jr > sound about right?

Like most highsec mercenaries, Pheonix felt that camping Jita entitled him to a certain level respect and admiration from other players. For some reason, Kalorned didn't seem very intimidated by him. Our Agent's commitment to the Code conflicted with Pheonix's own brand of e-bushido. Pheonix grew irritated.

MRM's powerful friends had finally shown up. But would the Vendetta Mercenary Group warrior manage to defeat Kalorned, or would he simply cry about our Agent in local?

To be continued...
Posted by MinerBumping at 15:54