We're saving highsec, and the signs of progress are everywhere: 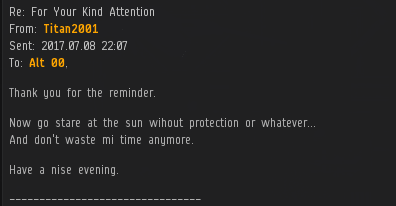 You see that? They used to tell us to commit suicide or die of cancer. Looking at the sun is mild by comparison. 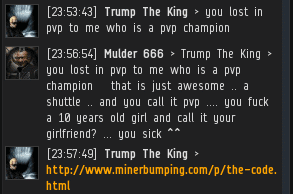 Welcome to the one hundred thirty-sixth edition of the Highsec Miner Grab Bag! I wasn't going to make an official welcome, but the world could use a little more ceremony, I think. 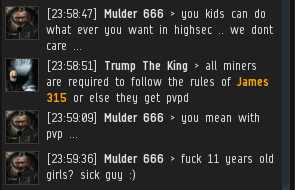 Yeah, I'm sure Mulder 666 only had pure thoughts before our Agent put that into his head by ganking his shuttle.

Our Agents give miners the benefit of the doubt, but sometimes there's no doubt.

Typically, an Agent gives a miner multiple occasions to redeem himself. The problem is that miners can also use those opportunities to dig an even deeper hole.

I guess you could say giving someone a second chance (or a third or fourth or fifth) is a high-risk, high-reward proposition. 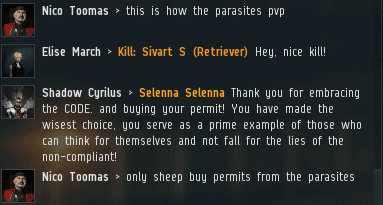 The carebears insist that we're scum with no PvP ability, but they keep losing tens of trillions of isk to us. They must be exceptionally bad at PvP--or elite PvP, at least. 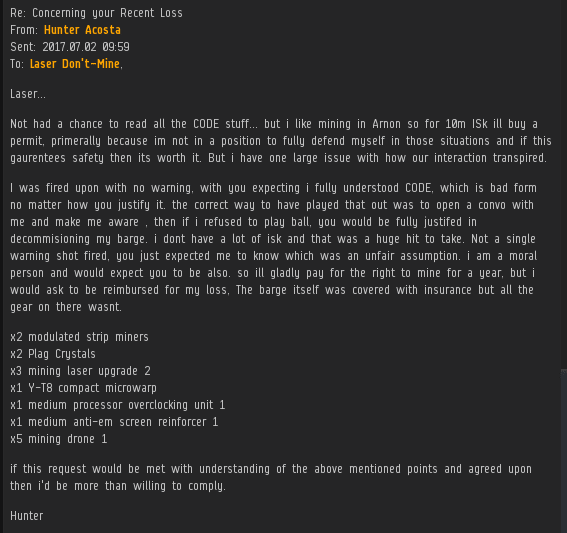 If Hunter Acosta spent more time reading "all the CODE stuff" and less time writing up elaborate reimbursement requests, maybe he wouldn't lose so much stuff.

Miners love to complain about me and my organization. But the real source of their problems is the disorganization and bot-aspirancy in highsec. Why don't the miners ever protest that?

This is a question we get all the time from greedy miners who lack faith in the Code. The answer is very simple, though...

If being the single most relevant player in EVE Online counts as "active", then sure. 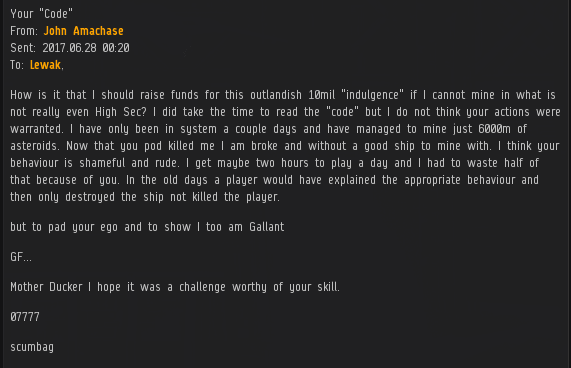 John Amachase complains that he gets "only" two hours to play EVE every day. That's so typical of the carebear mindset. Give an Agent of the New Order two hours and he'll change the world.
Posted by MinerBumping at 15:36