When the Code first came to EVE five years ago, perhaps some skepticism on the part of the miners could be forgiven. After all, no one had ever seen anything like the Code before. Today, though? As time goes on, when a carebear loses a ship for violating the Code, their offense is more and more egregious. The following Code violators from the week of June 25th @ 00:00 EVEtime through July 1st @ 23:59 EVEtime really fouled up: 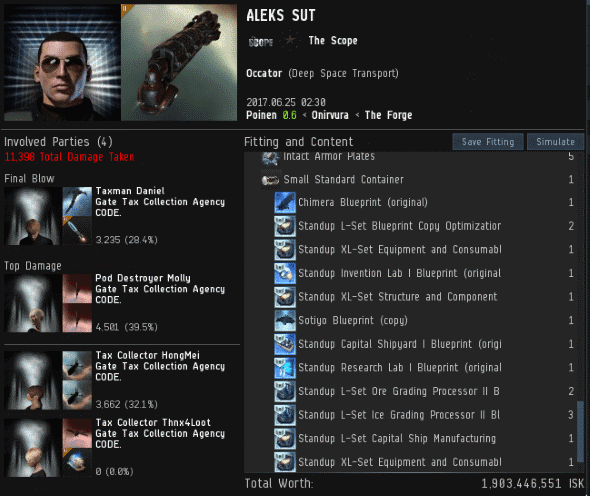 KILLMAIL
ALEKS SUT took a Deep Space Transport into highsec. It was equipped with four warp core stabs and a pair of cargo expanders. It was also completely, irredeemably, AFK. Agents Pod Destroyer Molly, Tax Collector HongMei, Taxman Daniel, and Tax Collector Thnx4Loot were stunned by what the killmail reported. Though zKillboard calculated a total value of 4.3 billion isk, the in-game killmail included a number of additional BPOs and BPCs, with an estimated value of over 10 billion isk. 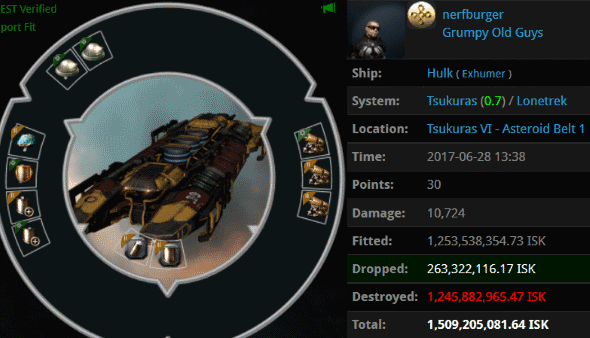 KILLMAIL
Yes, people still fly Hulks--but they don't fly them for long. nerfburger's bling boat boasted two illegal ORE Strip Miners and a bunch of other unnecessarily flashy modules. Agent Nam Plau blapped the Hulk with her Talos. The carebear's luck only got worse, though: 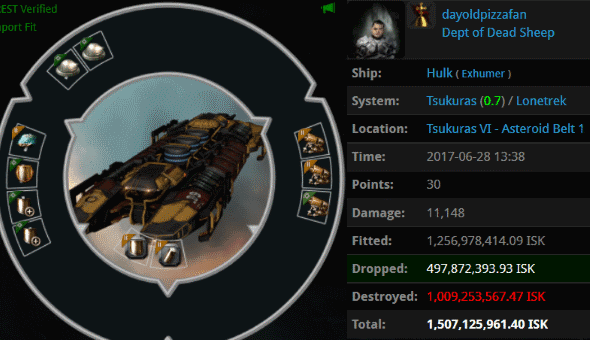 KILLMAIL
dayoldpizzafan wasn't fooling anyone. Though in a different corp than nerfburger, he was obviously an alt of the offender. He, too, was piloting a blingy Hulk--and in the same asteroid belt! Agent Narl' Amhar destroyed the 1.5 billion isk Hulk with a Talos. Agents Nam and Narl' conducted their enforcement actions simultaneously. They were so well coordinated that their killmails were entered into the zKillboard database consecutively. 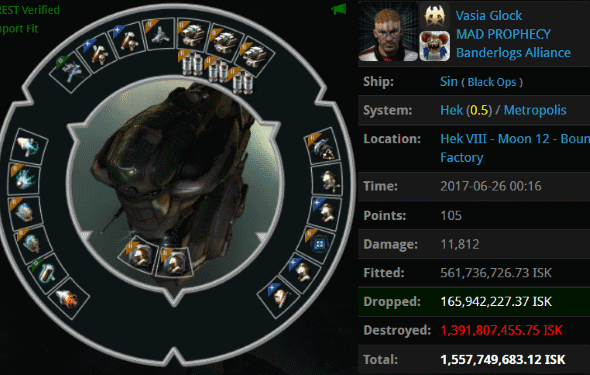 KILLMAIL
Vasia Glock's unlicensed Black Ops ship was idling at a station in the Hek system. That's a no-parking zone! Before long, gankers from the mighty CODE. alliance came by to remove the vehicle. It only took two Agents, Alt 00 and Alt Proxy, to finish the job. 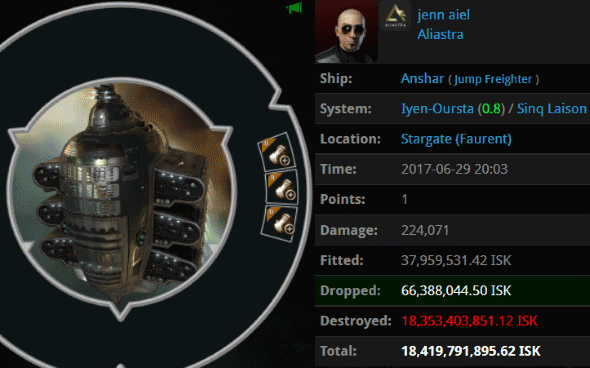 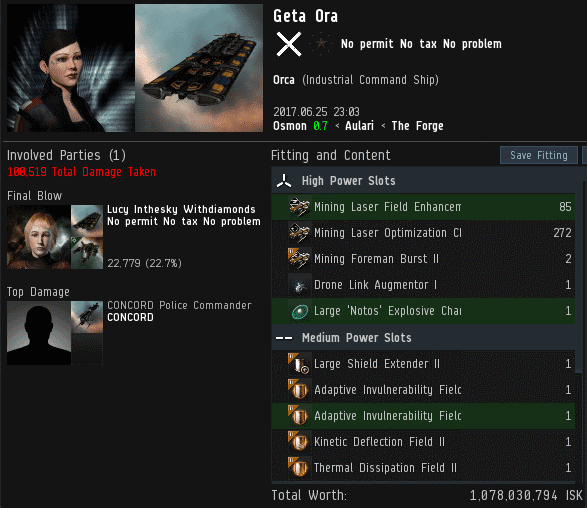 Agent Krig Povelli was responsible for yet another interesting killmail in which a carebear managed to get CONCORDed under suspicious circumstances. This time, the would-be ganker was Orca pilot Geta Ora. I'll leave it to the readers to puzzle out what happened here, but let's not miss the obvious: That corp name can only spell doom for the carebears.
Posted by MinerBumping at 20:52