Previously, on MinerBumping... When StarterrorPrime's corp was wardecced by Agent Viirilithizu Ward, he contacted Agent Alt 00 in the hopes of replacing war with business. Despite StarterrorPrime's lofty proposal to restore Hek to its former glory, the aspiring tycoon's business plans completely unraveled.

Alt 00 was unwilling to make elaborate business arrangements with someone who refused to buy a simple mining permit.

Another shoe dropped: StarterrorPrime's true goal was to explore the potential of Ayn Rand capitalism in a virtual environment.

Ayn Rand capitalism is a lot like communism: No matter how good it seems on paper, it doesn't work in practice. The only system proven to work over the long term is the Code. Therefore, the key to a healthy highsec economy is Code compliance. Period.

StarterrorPrime tried to convert Alt 00 to his cause. But Alt 00's own philosophy was working just fine--and working a lot better than the carebear's.

Things weren't looking good for StarterrorPrime's business proposal. If his pitch were to be accepted, he'd need to think on his feet and make some quick alterations based on Alt 00's feedback.

Alt 00 did the Rand-aspirant a big favor by making her decision-making process completely open and transparent. But StarterrorPrime had a bit of a tin ear.

Plenty of people come to the EVE sandbox with grandiose dreams and visions of how to play the game. Then they run into the mighty CODE. alliance and learn whether their dreams are permitted or not.

StarterrorPrime finally made a major course correction. Instead of bragging about controlling the Hek trade hub, he tried to convince our Agent that he was a nobody.

Here's the thing, though: The New Order doesn't care whether you belong to a powerful nullsec coalition with 20,000 members, or a 1-man highsec alt corp. Big or small, the Code comes to them all.

StarterrorPrime's strategy swerved again: He went from "I'm too small to bother with" to "I'll deploy powerful security fleets" in no time flat. Alt 00 politely closed the chat. Now all StarterrorPrime could do was wait for Viirilithizu Ward's wardec to go live. 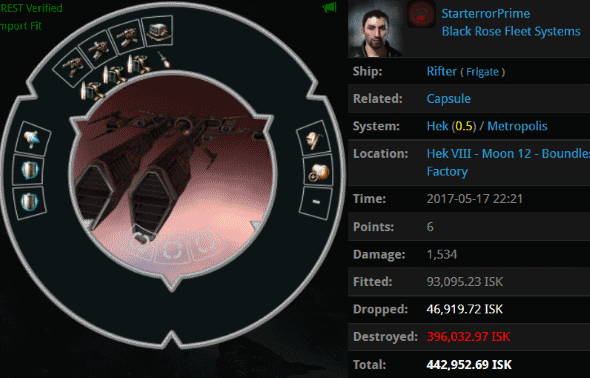 Later that day, the wardec went active. Viirilithizu spotted StarterrorPrime's fail-fit Rifter and engaged it with her Vindicator. It was an exciting duel. Ultimately, our Agent prevailed and the Battle of Hek was won.

The next day, StarterrorPrime contacted Alt 00 again to give her a status update. What was the crafty businessman up to this time?