Carebears believe battles are won with isk, skillpoints, and bling. Agents of the New Order know better. Bellatrix Invicta was deleted, but it didn't matter that her in-game character was gone. Her strength of character remained. 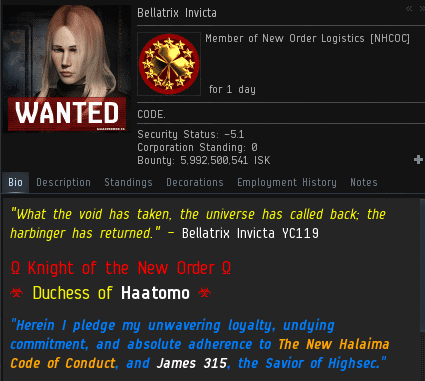 Bellatrix still had the Code, so she was able to pick up right where she left off. It was time for more elite PvP. 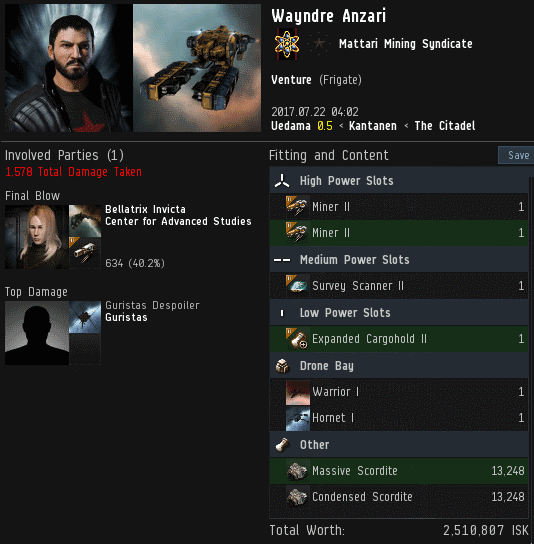 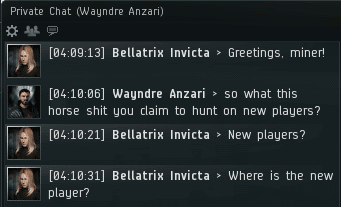 Several minutes later, Wayndre woke up and invited our Agent to a private conversation. He immediately began spouting the "new player" talking points that CCP apparently put in the tutorial. 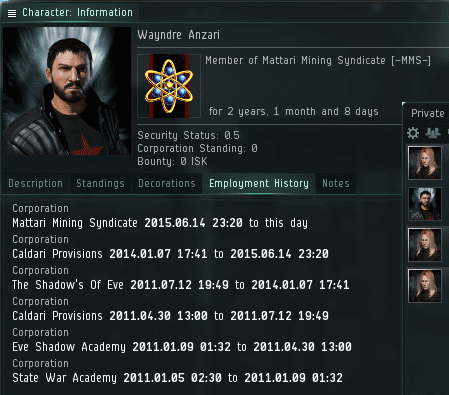 Bellatrix was a newly rolled character, but she still remembered her training. As soon as Wayndre claimed to be a new player, she looked up his employment history. Wayndre joined EVE in January 2011. And even if he'd taken a break during that time, he most recently joined a corp in 2015. This wasn't some trial account left idle for six and a half years.

Our Agent called the miner out on his lies. Time for the carebear to come clean.

Wayndre barely noticed. He was still in the middle of a rant about his Venture. 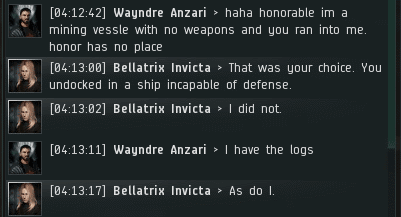 Minutes had passed and Bellatrix still hadn't gotten her 10 million isk from Wayndre. The miner dug in and threatened to produce logs. Was he a space lawyer? 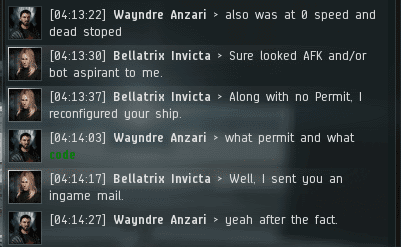 In theory, our Agents could send a termination notice before performing a gank, but AFK players rarely check their EVEmail anyway.

The "new player" finally starting coming up with excuses for his long employment history. He claimed he'd just come back from a 3-year break. Even if that were true, he still had three and a half more years unaccounted for. 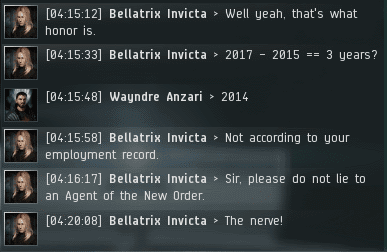 Wayndre's last corp change was in 2015. Do miners not know that anyone can look up their employment history? It would explain a lot.

The miner went quiet for several minutes. When he returned, he dropped a heck of a bombshell on our Agent.

To be continued...
Posted by MinerBumping at 15:43