Previously, on MinerBumping... Lexxos and Rhian Crescent gnashed their teeth at Agent Alt 00 in local chat. Unable to convince our Agent that they weren't botting, they took a vow of silence and ceased their chatter. But Lexxos kept dying. 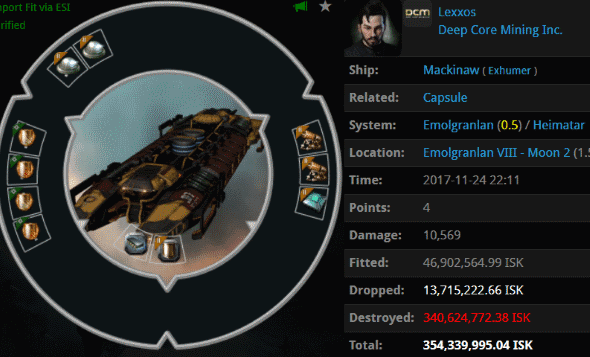 The changing of the seasons was marked by more of Lexxos' Mackinaw losses. Summer turned to autumn... 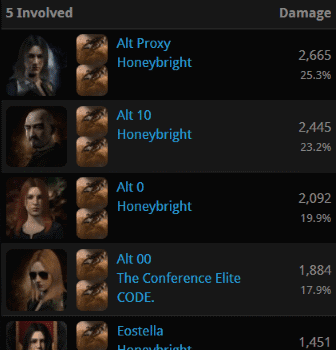 And soon winter was upon him, in the form of Alt 00's new gank fleet. As she ganked Orcas, she also ganked Lexxos. 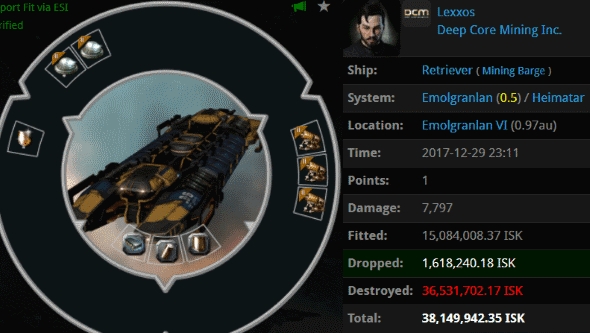 As 2017 came to a close, Lexxos downgraded into Retrievers. It was a stinging humiliation for the miner.

Adding insult to injury, Alt 00 made sure to gank Rhian too. The simultaneous ganks put Lexxos on notice: Our Agent knew Rhian was his alt. 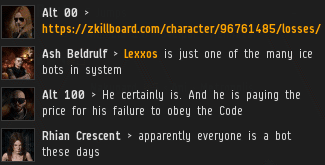 Lexxos broke his silence to sulk in local chat. He'd lost too many ships to Alt 00, and he didn't know what to do about it. 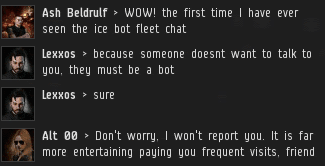 Sometimes botters get reported. Other times, our Agents take matters into their own hands--or blasters, as the case may be. 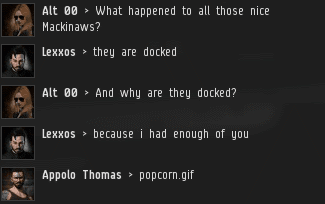 Lexxos dropped the "confident rebel miner" act. He knew he was beaten. 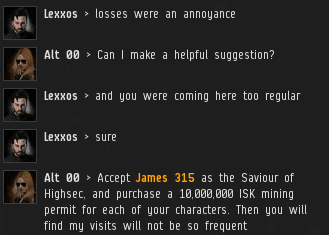 In fact, there was a way out for Lexxos. It was there all along: The Code. 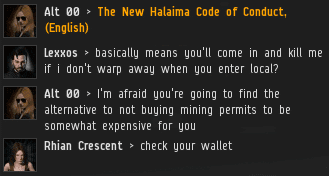 For nearly a year, Lexxos had lost ship after ship after ship. He'd always refused to buy a permit. He'd sworn that he would never pay--that he'd rather quit EVE than give Alt 00 any of his money. 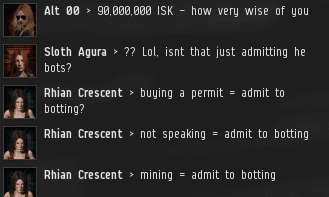 ...But our Agents' wallets are filled with the isk of those who would "never" pay. 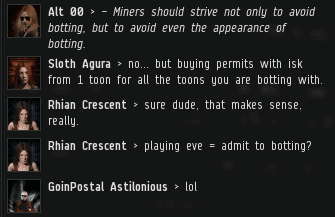 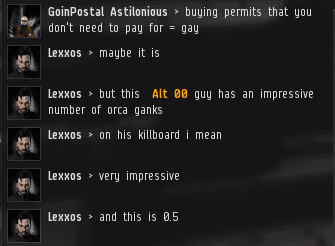 Incredibly, many miners are afraid that buying a permit will damage their reputation among their fellow bot-aspirants. Over time, they learn to fear our Agents' guns more. 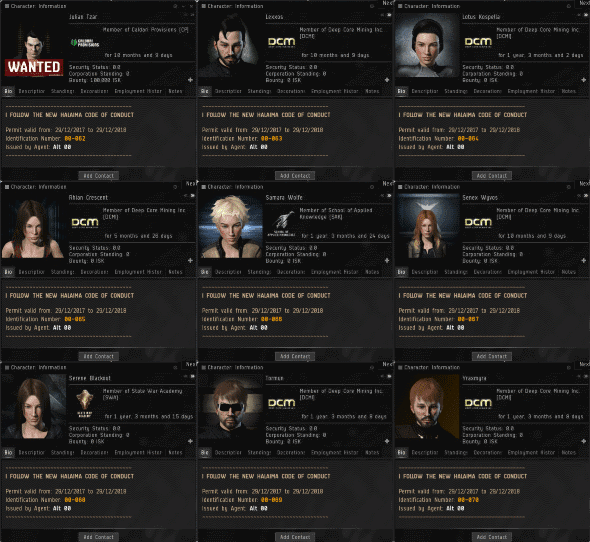 Alt 00 collected her money and distributed the permits. If she ever suspected Lexxos of botting again, she'd revoke them. For we all know that it is the Agents of the New Order who make sure justice is done in highsec.
Posted by MinerBumping at 18:20