Over One Trillion Six Hundred Billion in Shares Sold

With all of the bots and bot-aspirants out there, it's nice to see players aspiring to something greater, higher--more magnificent. 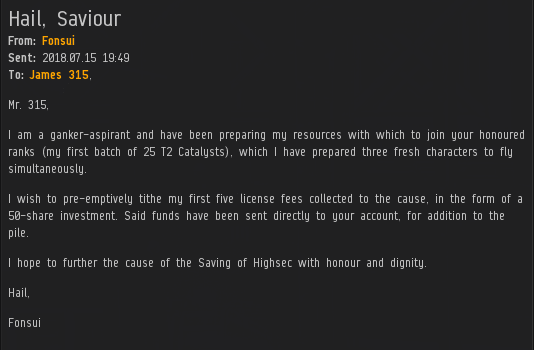 Now let's get down to it.

Skeeter Mcgee purchased 1,900 shares of New Order stock, taking us past the the 1,599 billion isk mark and, more notably, the 1,600 billion isk mark--that is, the 1.6 trillion isk mark. Think about that for a moment. Breathe it in.

While you're doing that, a Double Supreme Protector's Tip of the Hat™ gets sent Skeeter's way.

How badly can you fit your Retriever for less than fifty mill? 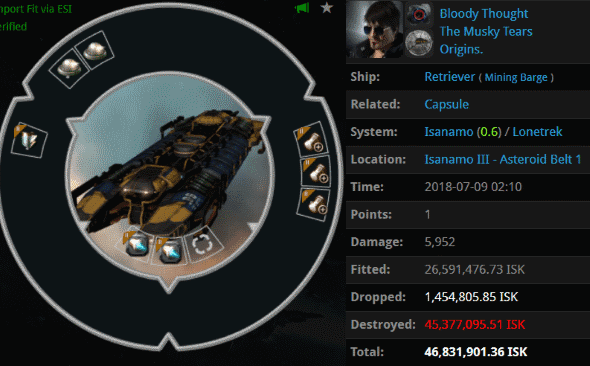 Bloody Thought of the inauspiciously named The Musky Tears corp lost his cargo-fit Retriever. I guess nobody told this guy that CCP gave the whiners an ore bay years ago. 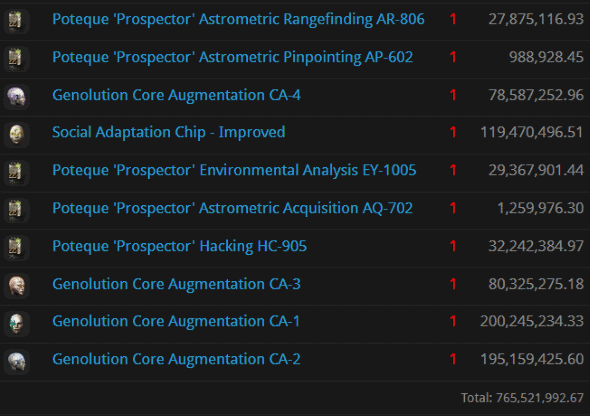 He also lost a 765 million isk pod, which specialized in Poteque 'Prospector' implants--whatever that trash is.

Bloody Thought lived up to his character name and his corp name. He raged at Agent Ernst Steinitz. Ernst had merely manifested the Code's will by ganking him, like any normal person would.

We've seen plenty of threats like this before, of course, but this time was different.

Normally, this would be the point where the miner disappears forever, failing to make good on his threats. However, Bloody Thought planned to return in just a few minutes. And so he did.

...With a few additional tears sent via EVEmail. It's a good thing our Agent was looking over his shoulder.
Posted by MinerBumping at 18:15