Beware the carebear who was ganked for "absolutely no reason". 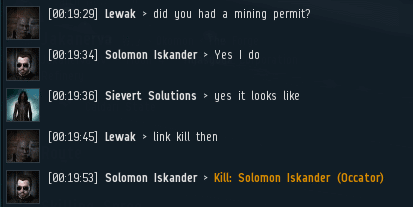 A furious Solomon Iskander entered the MinerBumping channel and demanded to know why his Occator had been ganked. 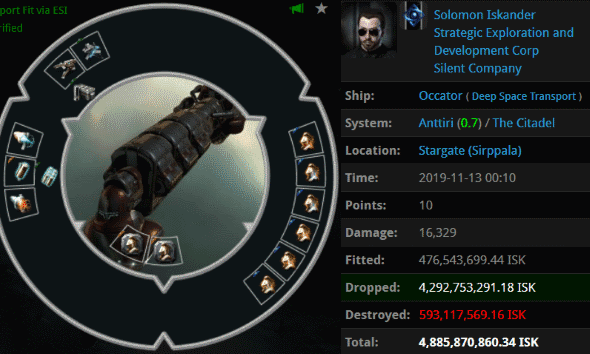 Said Occator was carrying 4.8 billion isk, which suggested one reason why it might have been ganked. 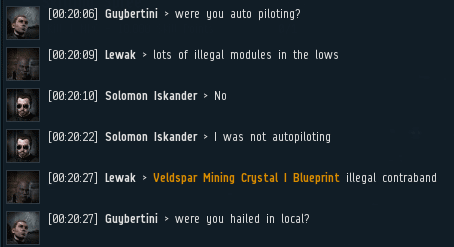 Solomon insisted that he hadn't been on autopilot at the time. Yet he was ganked by a group of Nordwind. pilots who are known for feasting upon autopiloting Deep Space Transports.

To learn the truth of the matter, our Agents put Solomon to the test. Was he an honest fellow--or just a bot-aspirant who once had 10 million isk to spare?

Fearing that the Agents might have found a Code violation, Solomon tried to cover his tracks.

Almost immediately, the carebear expressed doubts and cynicism. It did not appear that he had much respect for highsec's Code enforcers.

Less than 5 minutes into the conversation, Solomon unleashed a torrent of profanity against the Code and highsec's Saviour. A Goofus cannot hide his true nature for long.

Solomon raged. His chances of scoring reimbursement isk plummeted. This, in turn, made the miner even more sour.

The typical bot-aspirant can barely stand being in the company of humans; they can only tolerate a conversation if they feel they can get money out of it.

Solomon pretended to be disgusted by Agents not following their own Code. But if he truly wished to pursue this line of argument, he probably shouldn't have opened with "fuck the Code".

In addition to the 4.8 billion isk Occator loss, Solomon revealed that he'd lost another 4 billion isk on collateral for the failed courier contract. Non-compliance is expensive. Despite his hatred for the New Order and its Code, Solomon desperately needed reimbursement isk.

...So he purchased two mining permits. Would it be enough?