Previously, on MinerBumping... In a matter of weeks, aiva naali went from highsec miner to chief theorycrafter for the Imperium--or so he thought. Although aiva was preoccupied with his secret superweapon projects, the fact remained that he had not yet been cleared by Goon security.

Through Discord, aiva kept his friends in the New Order updated on the latest in aivaworld. Next on the agenda: Operation "mans fear". aiva's colleagues had only two weeks to prepare. Hopefully the Goon security check would be done by then. The result of the security check, of course, was not in doubt. 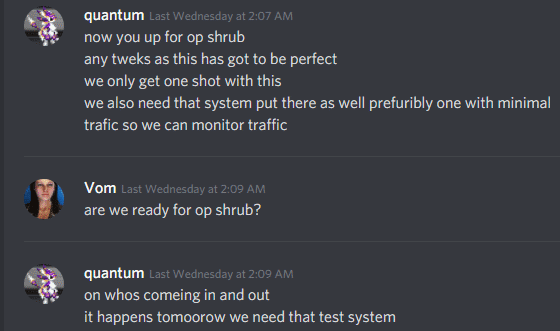 Things escalated quickly. In a moment of inspiration, aiva decided to schedule Operation "shrub" for the very next day. The self-styled nullsec mastermind was tired of merely talking about his ideas. He wanted to see them in action.

...But aiva would need to settle for the next best thing--a written report. All of the action happened off-screen.

Slowly but surely, aiva became accustomed to the idea of commanding the Imperium's forces from Discord. To be sure, it was only a desk job--but an important one.

Nevertheless, it was inevitable that aiva would wish to see his war plans carried out in person. When that happened, he would find out whether his friends in the New Order were faithfully translating his dreams into reality--or if his fleets only existed on paper.

For now, though, aiva was too busy micromanaging the Imperium's war against Pandemic Horde. He expected it would be a fight to the finish.

A new series of orders issued from aiva's desk. The long-awaited "wreaking ballqual" and "muse" were to be given proper tests. In case the details of these fleet compositions are not clear, they mostly involved titans, freighters, and Rorquals. If that sounds strange, remember that only aiva had the secret sauce to make them effective.

But, as usual, there was more to aiva's plan than met the eye. He wanted his superweapons to be subjected to both real and false tests. That way, Pandemic Horde spies would be misled by the results of the fake tests.

Regardless, this time, aiva would be coordinating the tests in person. No one else was qualified to fine-tune the wreaking ballqual, muse, and fake ("fack") muse.

Until the Chinese civil war was sorted out, aiva would not be able to see his secret weapons in action. Naturally, the Imperium called upon aiva to figure out how to deal with the civil war. He obliged.

After all, the Imperium's new leader had everything well in hand.