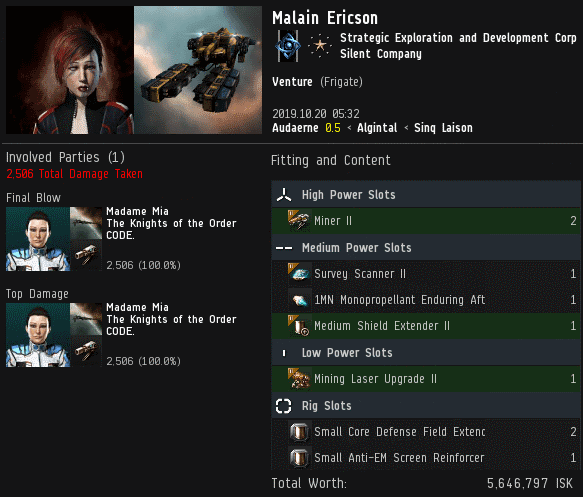 Some organizations, such as Silent Company alliance, are known for harboring Code violators. They lead their members to destruction. 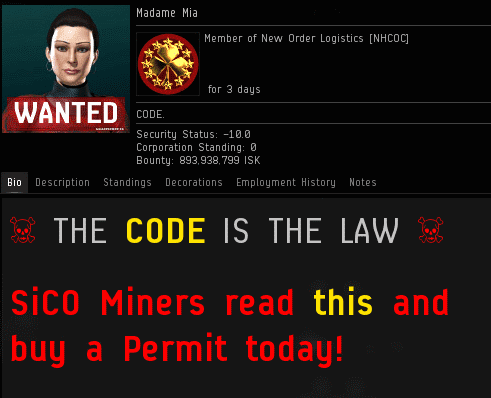 Agent Madame Mia has a special heart for members of Silent Company. She eagerly desires for them to get compliant with the Code--or get ganked.

Silent Company member Daz Solett witnessed the death of his corpmate. He was shocked to see Agent Madame do a thing like that.

Then, for some reason, Daz decided to drag CCP into the conflict.

One of the unfortunate side effects of all the "we need more newbros at any cost!" chatter is that some highsec dwellers are led to believe that ganking is against the rules. It is left to our Agents to educate them.

If EVE players and the CCP marketing team focused on recruiting more gankers to the game--as opposed to injector-sucking RMT'ers--we would not have this issue. People who understand the true spirit of EVE do not see phantom provisions.

Daz rummaged around on Google for a moment and proudly produced a CCP article about Rookie Griefing. 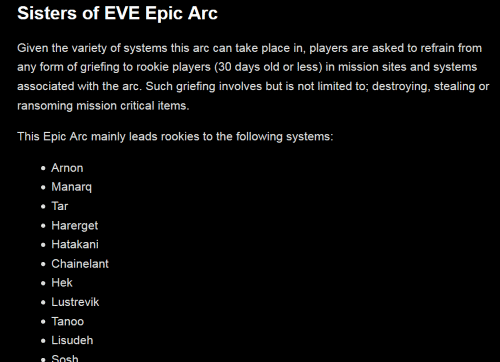 Added to the already-lengthy list are the "Epic Arc" systems, for a total of 35 systems. Crucially, however, the system that Daz and our Agent were in was not among the 35. 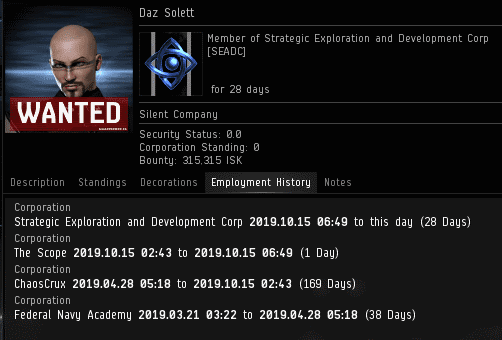 The article linked by Daz also defined new players as being 30 days old or less. Daz did not qualify, and neither did his friend/alt who lost the Venture. In short, Daz's research produced a smoking gun--which fired two bullets into the heart of Daz's own argument. What a Goofus!

Madame called Daz on his bluff. After nearly 13 minutes of silence, Daz responded. Apparently he had spent the time drafting his petition to CCP.

Miners like Daz want to rewrite the rules and remake EVE in their own twisted image. But the Agents of the New Order will never allow that.

EVE players, if you enjoy the game, make sure to thank an Agent of the New Order. If not for their efforts, there would be nothing left in the galaxy but bot-aspirancy.
Posted by MinerBumping at 18:05