Each week's Kills of the Week post is, in a way, a medical check-up for highsec. We examine the highsec population to see whether they're sick. And so many are sick; they have been diagnosed with bot-aspirancy. Ganking the bot-aspirants is a time-honoured method of treating them. The following are some of our patients from the week of November 17th @ 00:00 EVEtime through November 23rd @ 23:59 EVEtime. Let us hope they get well soon. 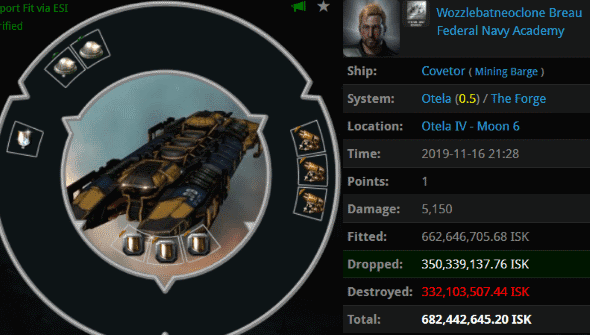 KILLMAIL
Late last week, Wozzlebatneoclone Breau was caught in a 682 million isk Covetor. As you might expect, Agents were dispatched to kill him, namely Agents D34dly D34dly, Davina Mustaine, and Super Perforator. What's the point of a blingy Covetor? Do they think they're less conspicuous than blingy Mackinaws? 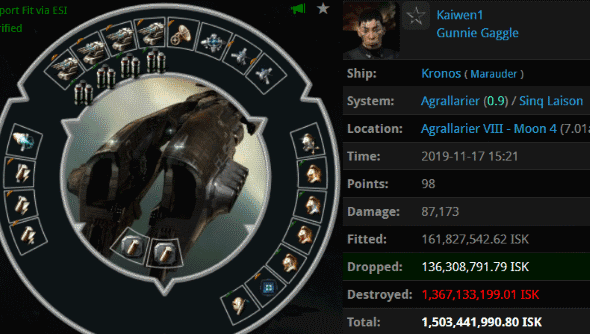 KILLMAIL
For whatever reason, Kaiwen1 voluntarily chose to engage in combat with Agents Krig Povelli and Vishnu Calm, who both piloted Triglavian assault frigates. Perhaps Kaiwen1 believed that since his ship was "bigger" it must prevail. How wrong he was. His fail-fit capacitor-tanked monstrosity soon fell to our Agents. 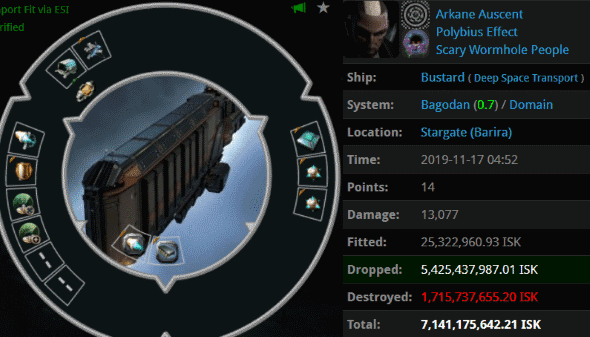 KILLMAIL
Bagodan has become a graveyard for Deep Space Transports. But nobody told Arkane Auscent, and the carebear wasn't interested in finding out. He was educated in the matter by Agents Ukira Kunero and Ariku Orenuk, whose Tornadoes made short work of the bot-aspirant. Just think of it--7 billion isk housed in a ship like that! 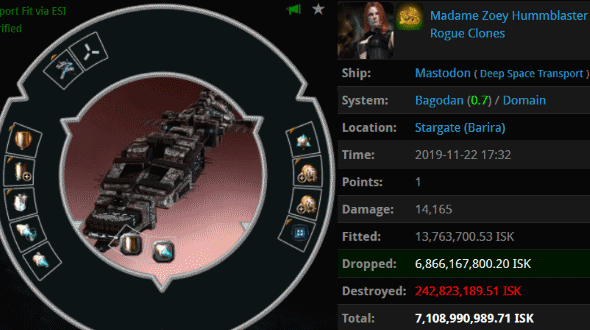 Looks like a nullsec criminal to me. Why must they disturb highsec? 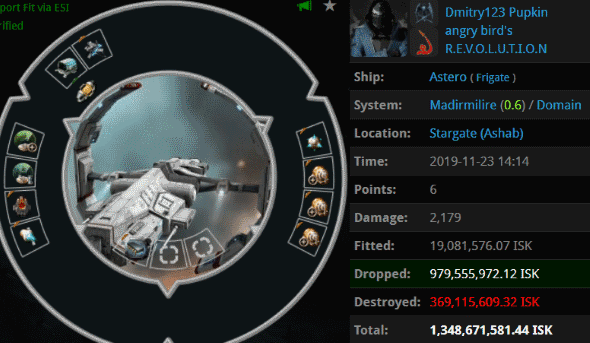 KILLMAIL
Strange as it may seem, the unlicensed hauler pilots are so desperate that some have resorted to the use of frigates. Dmitry123 Pupkin autopiloted over a billion isk of cargo only to be stopped dead in his tracks by Agent Aaaarrgg. Thrashers don't only kill pods, you know. 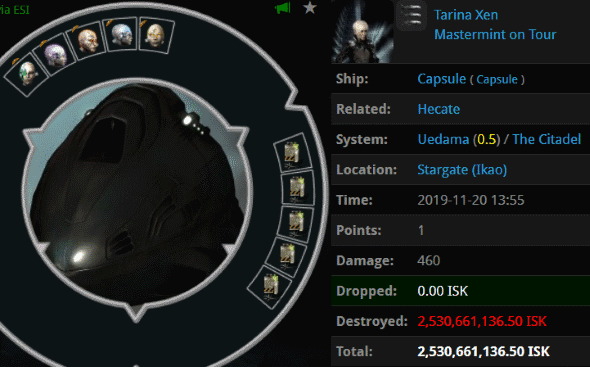 KILLMAIL
Thrashers also kill Hecates and, yes, their pods, too. Tarina Xen was blapped and then deprived of her implants by Agent Misha Mawashi. It cost her a 2.5 billion isk pod and whatever respect she thought she had. 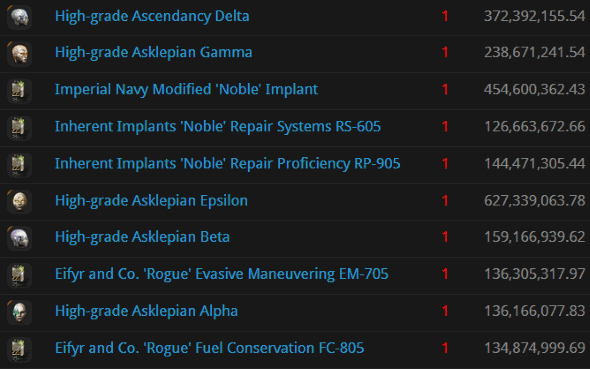 Imagine autopiloting this stuff into Uedama. How many losses must be suffered by carebears until they care?
Posted by MinerBumping at 20:03