Previously, on MinerBumping... Firmly ensconced in his armchair, aiva naali took command of all the military forces of the Imperium. He outlined his plans to destroy Pandemic Horde, but he did not direct the Imperium's fleets in person. Instead, he left it to Agent Aiko Danuja to keep him updated on events. And aiva updated the Saviour of Highsec.

We now return to aiva's update, already in progress.

aiva had plenty of other tricks up his sleeve, too. Yet another secret weapon, simply code-named "the bee", would be instrumental to the Imperium's success. However, aiva feared revealing any details about the bee via EVEmail. It was possible that PH had hacked into the EVE network and was reading his private messages.

aiva was extremely optimistic about the future. One reason for that was his new Rorqual.

Oh, and some stuff about Phoenixes. But let us return to the wonderful Rorqual.

Ever since aiva's biomassed former character lost a fail-fit Rorqual in lowsec, aiva dreamed of getting himself back into a Rorqual. 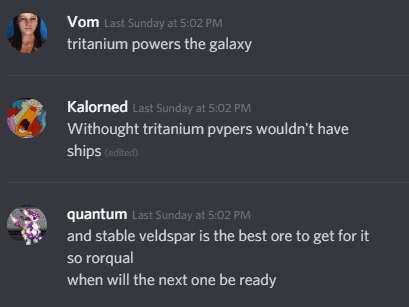 But the road to Rorqual ownership would not be an easy one. Rorquals do not grow on trees. 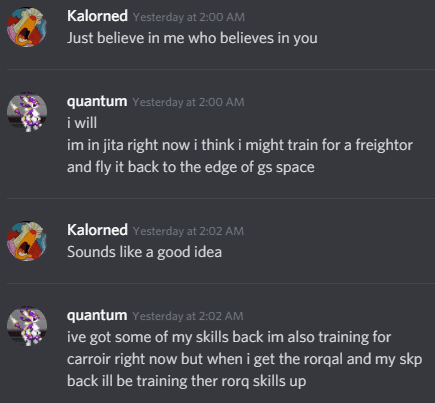 Luckily for aiva, he had some friends who were willing to help him attain Rorqual ownership. 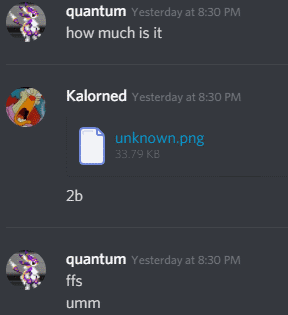 aiva often found himself being forced to summon his legendary persistence. 'Twas the only way forward.

No matter what happened, aiva always managed to land on his feet; there would always be at least one ship left in his hangar. For instance, at one point, all aiva had was a Charon. 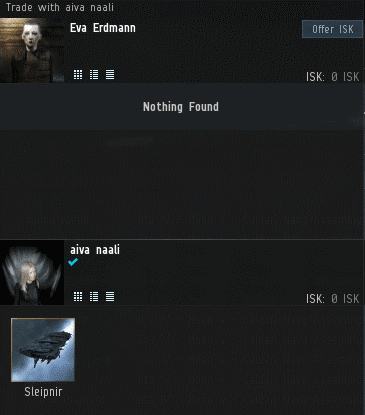 As I said, he had a Charon.