Previously, on MinerBumping... Haunted by years of humiliating defeats, Lahnius struggled to reinvent himself. Judging his greatest enemy to be the specter of Agent Alt 00, Lahnius sought to rewrite her history. But he was challenged at every turn by Captain Ivana Gankalot, who stubbornly refused to believe Lahnius' lies.

Lahnius repeatedly declared victory over Alt 00. It became an obsession--an unhealthy one.

Insisting that he'd somehow outmaneuvered the Agent, Lahnius' boasts continued. Yet he could offer few details about his supposed triumph.

Lahnius proclaimed the famous Tapestry of Tears series as his legacy. That was easy enough, but claiming it as a positive account of his deeds was more difficult. Especially since everyone in the Nakugard neighborhood had already read it.

With his rants in local chat, Lahnius transported himself into another world. He could not bring himself to accept the real one.

A new hour dawned on Lahnius' tirade. At times he hinted that he arranged to have Alt 00 permabanned by CCP.

Lahnius enlisted the use of capital letters in his crusade. But they, too, proved ineffective.

New details emerged on Lahnius' conspiracy theory: He believed that Alt 00 had violated the EULA with special software. How else could a ganker with a bunch of alts kill an Orca?

Lahnius grew more irritated with Captain Ivana. Who was she? In that moment, she was the voice of Lahnius' conscience.

The anti-Code rebel found himself tormented once again by the history of his misdeeds.

Lahnius never did stop babbling in local. They say that if you listen closely, you can still hear his ranting echo across Nakugard and Hek. 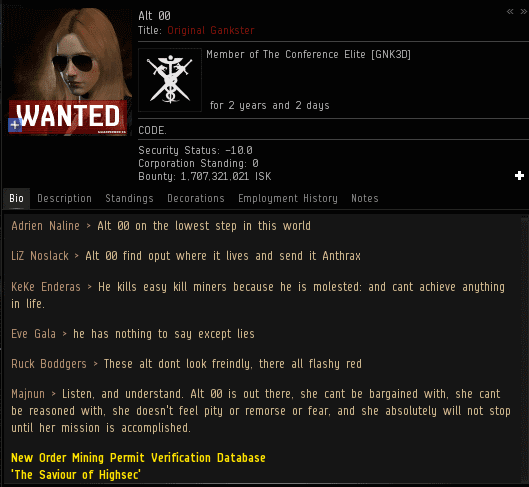 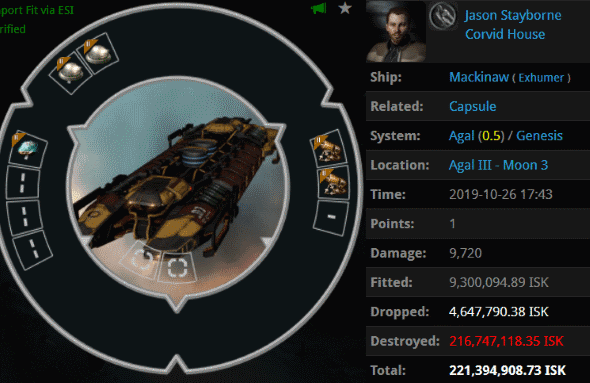 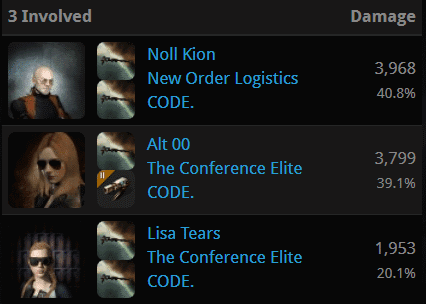 She's still killing non-compliant miners whenever she feels like it. And she's still defeating Lahnius each and every day.
Posted by MinerBumping at 18:03