Previously, on MinerBumping... Becoming nullsec's most influential leader isn't easy. It's not cheap, either. aiva naali's dream of rising to power in the Imperium and leading fleets against Pandemic Horde required him to give large amounts of isk to Agent Aiko Danuja and others. Somewhere along the way, all aiva had was a freighter. He had to give that up, too.

Agent Eva Erdmann graciously accepted aiva's freighter. Yet he was suspicious of the one-time anti-Code "king pin", so he put aiva to the test. Would aiva caution Eva about traveling through Uedama? 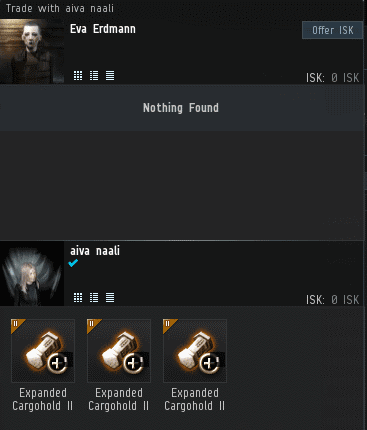 aiva flunked the test. He was still, at his core, a rebel.

Without the benefit of the Code, aiva was destined to suffer more losses. 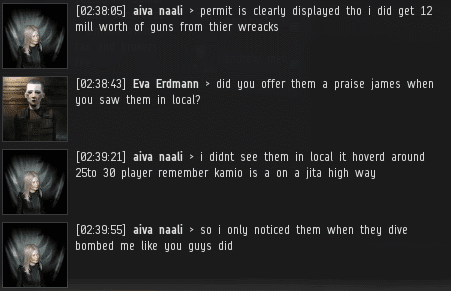 As the weeks went on, aiva found himself trapped in a vicious cycle--one primarily characterized by losing ships and handing money to various individuals for "security fees".

From time to time, aiva sent me updates on his progress. He hoped each time that he would receive an encouraging reply from the Saviour of Highsec.

So far, aiva's EVEmails had been met only by silence. However, he had plenty of other Agents to keep him entertained.

aiva partnered with Aiko Danuja to carry out a convoluted double-bluff against Pandemic Horde spies.

The "spies" were left in confusion. 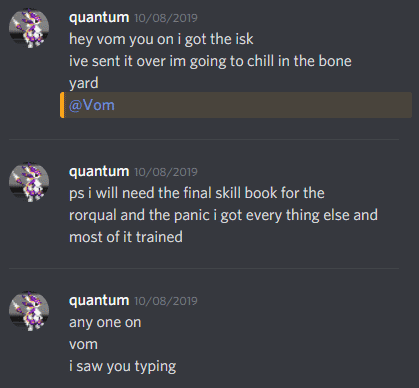 Still mired in the interminable Goon security clearance process, aiva (writing as "quantum" on Discord) prepared for the next phase of his master plan. As usual, it involved Rorquals.

aiva's friends in the New Order were vital to his agenda. He wanted to spend a large amount of money on skill injectors and skillbooks, but he didn't want to be wasteful. 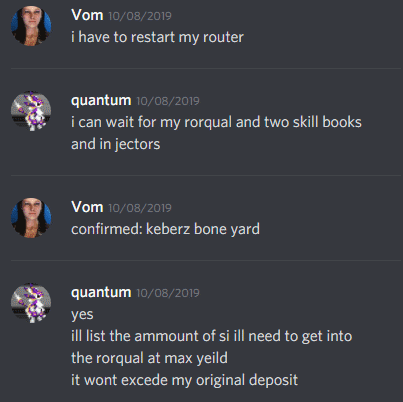 Rather than making shopping trips to Jita, aiva decided to delegate his personal economy to Aiko and friends. He would give them the isk in advance, and they would ensure that aiva was supplied with everything he needed. 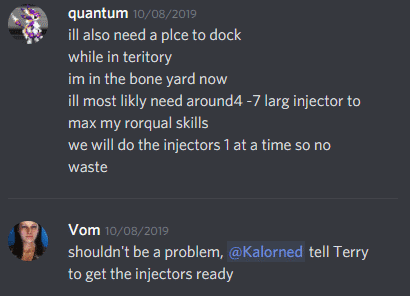 Luckily, the Agents of the New Order are elite traders. They could gather up all the items on aiva's wish list at the very best prices. 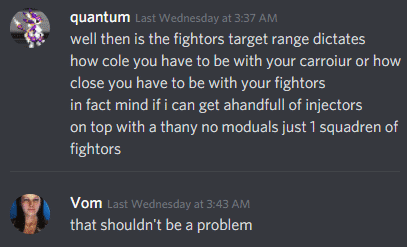 ...Which was a good thing, since aiva had a voracious appetite.