You know, there's a lot of negativity in the EVE community of late. People point to all of the high-profile devs who have left CCP in recent years and say that the game is dying--that CCP is dying. Not so. In fact, CCP still has lots of employees...

...And apparently they're all highsec miners. Welcome to another edition of the Highsec Miner Grab Bag!

Is that a threat of terrorism? On the bright side, CCP may have already cancelled whatever event the miner is referring to. Still, I wonder what's wrong with this Jmyotis fellow?

Jmyotis eventually traced the source of the Code to highsec's Saviour. He sent me some harsh words. But, to his credit, he changed his mind and sent a revised EVEmail ten minutes later:

He was still angry, of course--and still losing mining ships. For example: 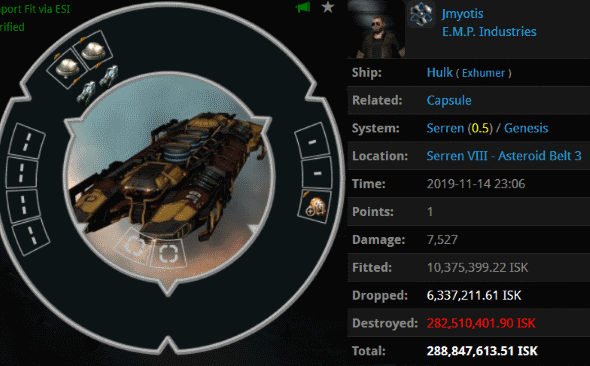 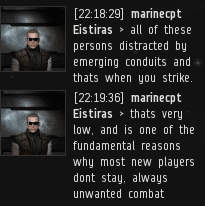 People find it relaxing to kill miners, though. 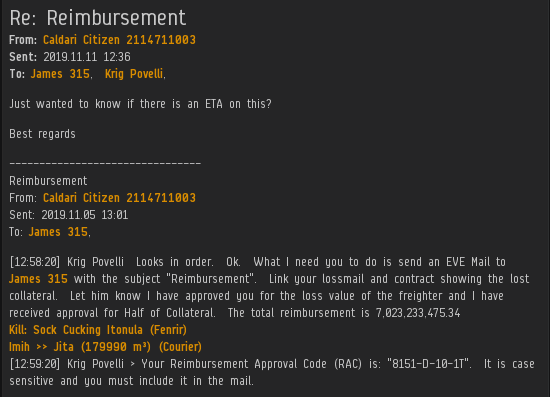 Yes, there is an ETA on this, but I have a feeling you won't like it. 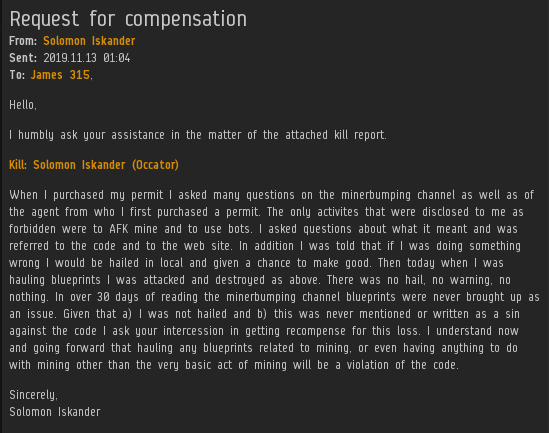 I've been getting a lot of reimbursement requests from hauler pilots these days. Since they come from Code violators, they keep getting rejected. But since I am in an especially generous mood, I have decided to grant one of these requests at random. Solomon Iskander is a lucky carebear! Before I send him the isk, there is but one formality to take care of--looking at Solomon's bio. That won't take more than a moment, and then he'll have his money... 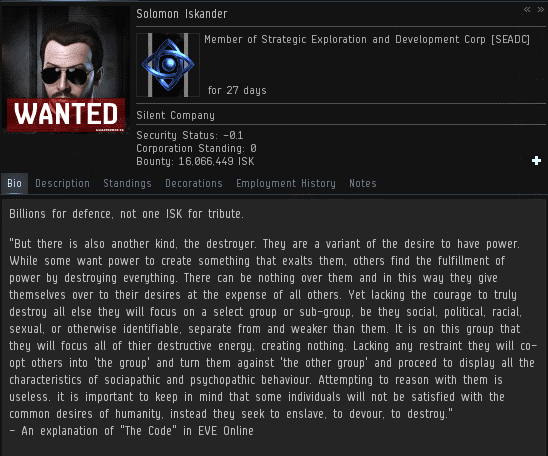 Miners can be a proud bunch, crediting themselves with gathering the resources for all of EVE's ships and modules. At other times, they refer to themselves as low-hanging fruit.

Ranzin Yumanizer is among the lowest of the hanging fruit.

After being ganked, dascouch Pappotte vowed never again to use a bad fit for his ships. And miners say that we don't teach them how to play the game.

Silly miners. On the one hand, they say we're chasing everyone away from the game and threatening CCP with bankruptcy. On the other hand, they think everyone in the New Order will get bored and quit the game before they do. 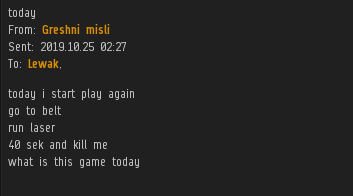 This game is EVE. And today, EVE belongs to those who obey the Code.
Posted by MinerBumping at 18:01