Tugging at the Hems of Power, Part 3

Previously, on MinerBumping... Tug Industries Corporation launched failed suicide attacks against Agent Kalorned, who was expertly keeping their Orca bumped away from an ice anomaly. Pilots from Tug Industries began to protest in local. Inevitably, shots were fired. 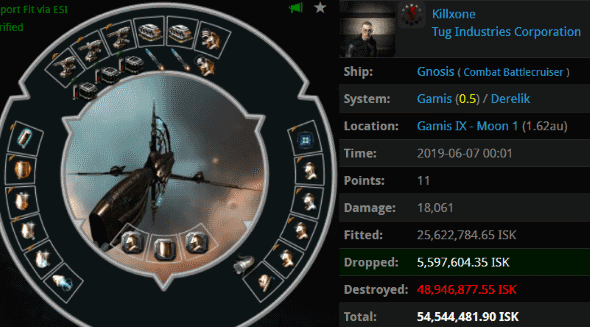 The assailant was Killxone, who was piloting a battlecruiser. He still yearned for Kalorned's destruction--but he fell victim to his own thirst for revenge. 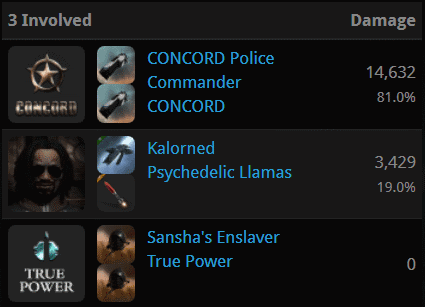 Despite all of the defensive modules on Killxone's ship, he was unable to tank CONCORD. Or the Code.

Killxone was outraged by the notion that CONCORD could prevent someone from carrying out an attack in highsec. What kind of people would take advantage of such an unfair game mechanic?

Folg3r had seen enough to know that Agent Kalorned was a force to be reckoned with. Tug Industries would not overcome his bumping Orthrus so easily.

In a way, Folg3r admired the Agent. Kalorned's was a cruel, wicked genius--but genius nonetheless.

The miners of Tug Industries resumed their protests in local chat. For now, their only strategy was to whine until Kalorned was persuaded to change his ways.

So far, though, Kalorned could not be moved--unlike their Orca.

In a moment of weakness, they offered the incorruptible Agent a bribe. But Kalorned wanted their compliance, not their money.

Hours after the commencement of Kalorned's bumping campaign, the Agent suggested that he might leave to do something else. At last, the carebears had reason to hope that they might be allowed to resume mining. 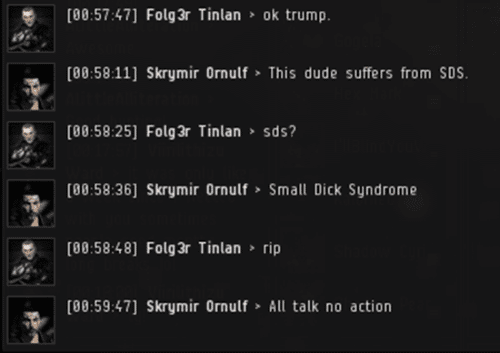 However, Kalorned soon returned and began bumping again. There was no question about it: The only way for Tug Industries to win was to kill that infernal Orthrus. But how?