Tugging at the Hems of Power, Part 2

Previously, on MinerBumping... Agent Kalorned was enjoying a relaxing evening of ganking and Orca bumping when he was confronted by members of Tug Industries Corporation. The carebears, infuriated by his content generation, vowed an undying revenge. 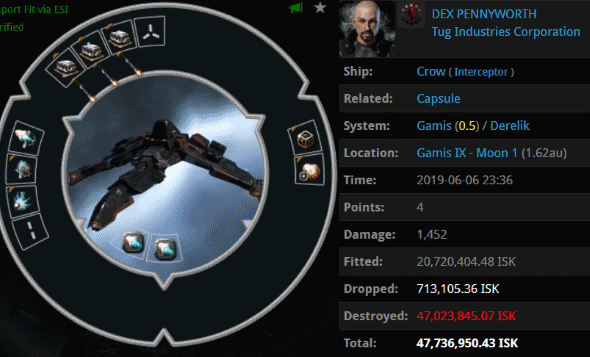 Tug Industries line members had tried and failed to gank Kalorned's Orthrus, so our Agent decided to show them how it was done. A Tug interceptor was ganked... 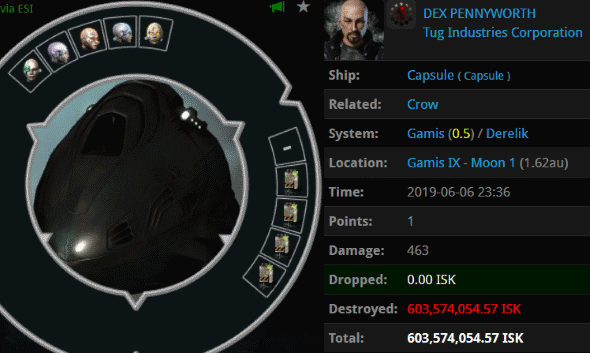 ...Followed by his pod. The carebear had lost 650 million isk. But surely the gankers lost something, too? 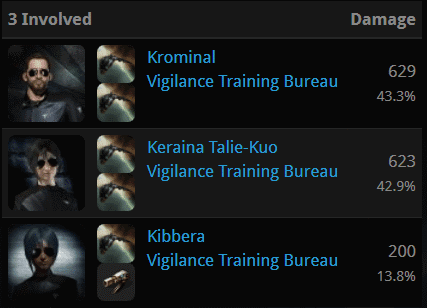 Yes. A trio of frigates with tech I guns.

So far, our Agent was unimpressed by the much-vaunted might of Tug Industries Corporation.

The carebears seethed. Kalorned was used to dealing with corporations with a "no talking in local" policy. Were members of Tug Industries permitted to speak? 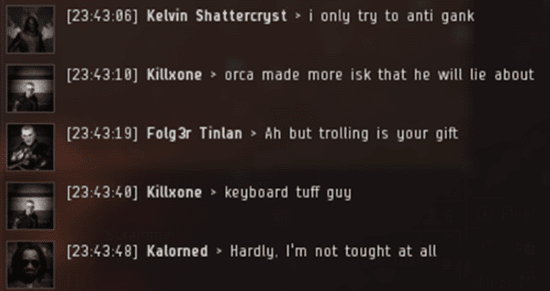 A riot ensued in local chat. It appeared that these carebears were not afraid to "feed the trolls". 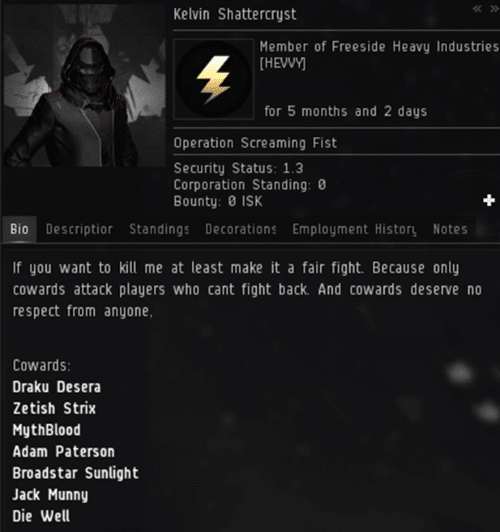 Kelvin was an anti-Code activist driven by ideology and revenge. He even kept a list in his bio of people who had defeated him in PvP. Our Agent took notice.

After more than an hour of bumping, Kalorned still had not faced a serious challenge from the carebears. Perhaps their threats and boasts were empty. 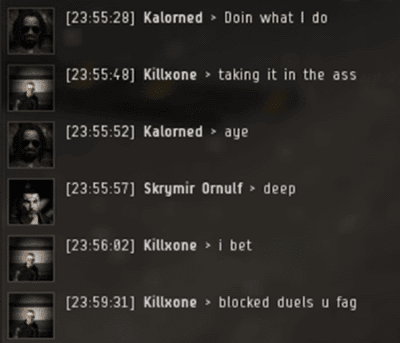 Tug Industries pilots gathered around. Finding a way to defeat Kalorned was their sole focus. And, unlike the Veldspar they were used to dealing with, Kalorned was a challenge they could not face while AFK.

Our Agent decided to test the miners by name-dropping one of the individuals listed in Kelvin's bio.