Once he was known as anaCheeya ANARKY. When the mighty CODE. alliance came for him, he rebelled.

anaCheeya vowed to resist the Code with all of his power. Things changed, though. anaCheeya changed.

Biomassed and reborn as aiva naali, the former rebel purchased a mining permit and embarked on a long journey. His goal: To lead the Imperium to victory against Pandemic Horde. First, however, he would need to pass a security check, which involved him paying a lot of isk to a lot of people.

Central to aiva's identity was his series of secret weapon projects. One of these superweapons, the "wreaking ballqual", was nearing completion. 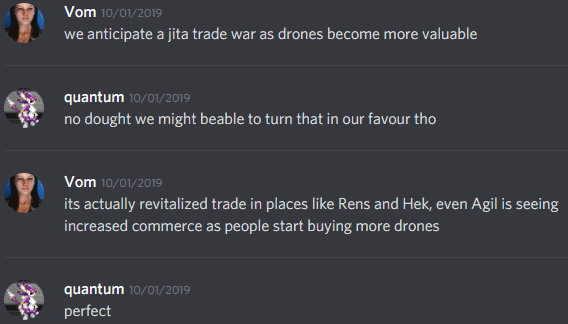 aiva, known on Discord as "quantum", engaged in serious discussions about the wreaking ballqual and other fantastic ideas. His friends in the New Order and the Imperium passed the time by listening to him. 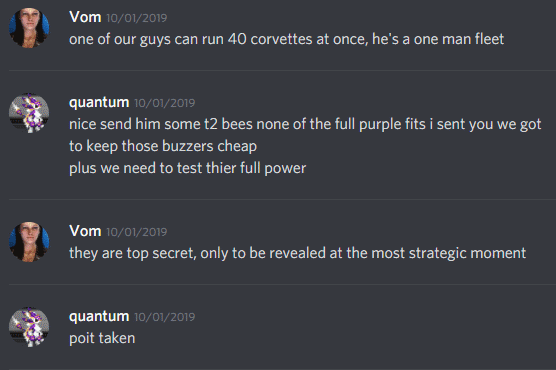 In the not-so-distant past, Agent Aiko Danuja scolded aiva for discussing his superweapons in a public channel. Luckily, Discord was a safe place for aiva to spread his wings.

...And when aiva's extraordinary mind gave birth to a new idea, watch out.

High-level strategy began to burst forth.

As usual, aiva focused on how to defeat Pandemic Horde using tactics that no one in Goon leadership had thought of yet. For some reason, aiva's military plans often involved the use of mining ships.

It never occurred to aiva that the Imperium might not be particularly interested in going to war after growing fat from years of peaceful krabbing. From aiva's perspective, there was an urgent need to conquer Pandemic Horde space, right now. And only he knew how to do it. 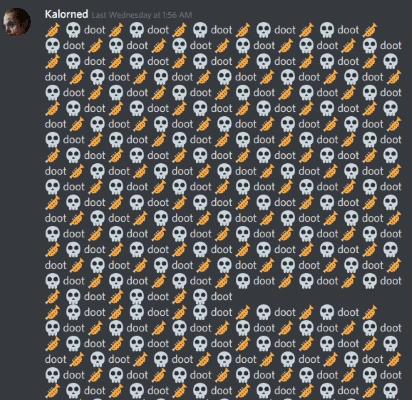 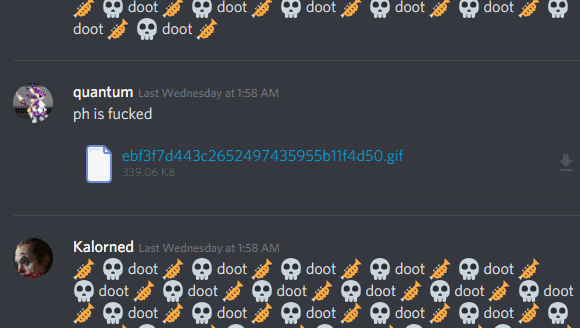 aiva could not be distracted from his mission. Soon the wreaking ballqual would be tested, and Pandemic Horde's days were numbered.