Highsec miners can be so dramatic...

...Perhaps that's why their tears fill so many Highsec Miner Grab Bags!

Another dissatisfied customer, it seems. But Dragn Hekki might have a better time in "EVE Echoes"?

Sometimes the rebels object to the fact that I am called the Saviour of Highsec. But look at all of the carebears being rescued by my Agents!

Malthazakira Dracovian didn't mind losing his stuff to gankers; he felt superior because he "has a life". However, as we know, miners tend to lie. So let us take a quick peek at how the ever-busy Malthazakira chooses to spend his time: 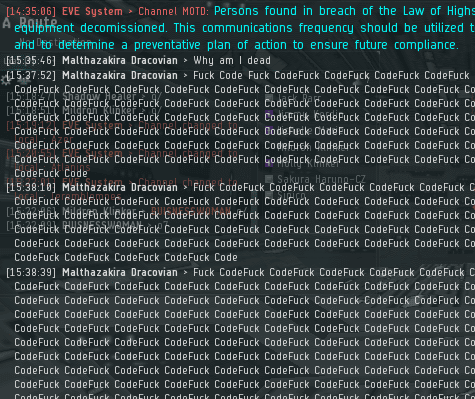 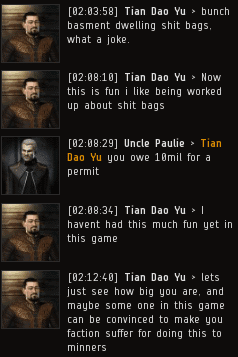 At least this miner didn't take the "I AM CALM!!!" approach. 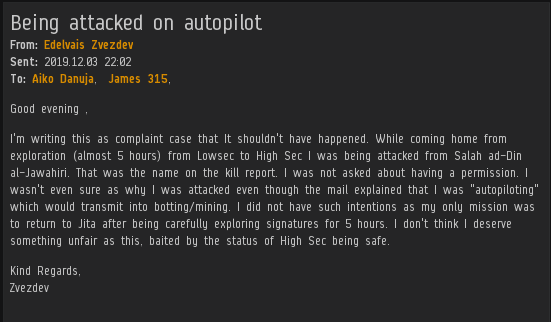 In fairness, this carebear has a point: Some players are unfairly baited into thinking highsec is safe. The answer, I think, is to kill more carebears and to publicize the New Order's presence in highsec. 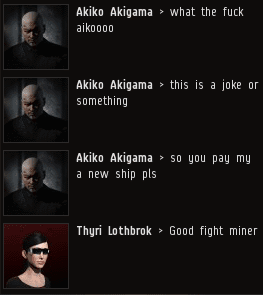 ...And where are these "new" miners learning to ask gankers for reimbursement? Back when I first began to play EVE so many moons ago, no one would've dared to ask for money from the guy who had just killed him. 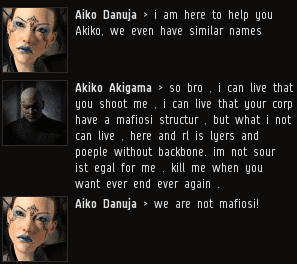 After being ganked, Akiko Akigama came to the realization that he could not tolerate EVE players who lie and who don't have a backbone. I assume, then, that he will join us in our crusade against the miners? 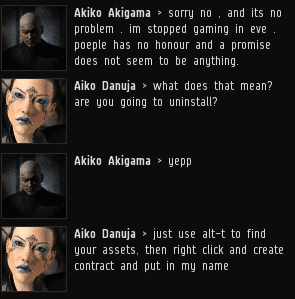 It's a shame that CCP didn't implement a rule against lying. Maybe they could've retained Akiko Akigama's subscription and sold him some Hypercores or something.

The wrong person? The wrong day? No... 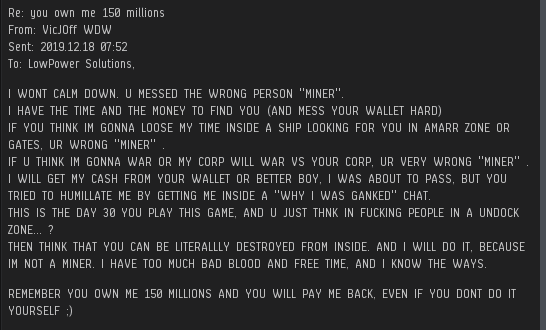