Previously, on MinerBumping... Slowly but surely, aiva naali made payments to the Imperium's chief ship builders in order to fund the construction of his titan--the Imperium's future flagship. 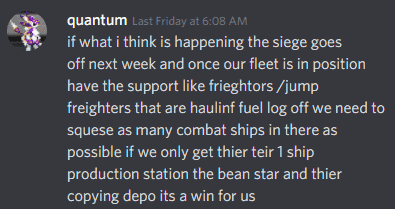 As the titan was being built brick by brick, aiva sketched out his plan to cripple Pandemic Horde within a week. If successful, aiva's strike would render Pandemic Horde incapable of producing more ships.

aiva was supremely confident that his plan would work. In fact, he was already working on the terms of Pandemic Horde's inevitable surrender.

Though aiva had often expressed his hatred of Pandemic Horde, he was prepared to allow them to join the Imperium. Did aiva intend to create a genuine "Blue Donut" in nullsec? 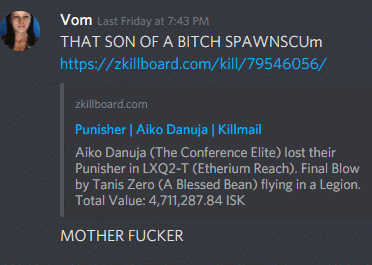 aiva's musings of a nullsec united under his rule were interrupted by a startling new development. 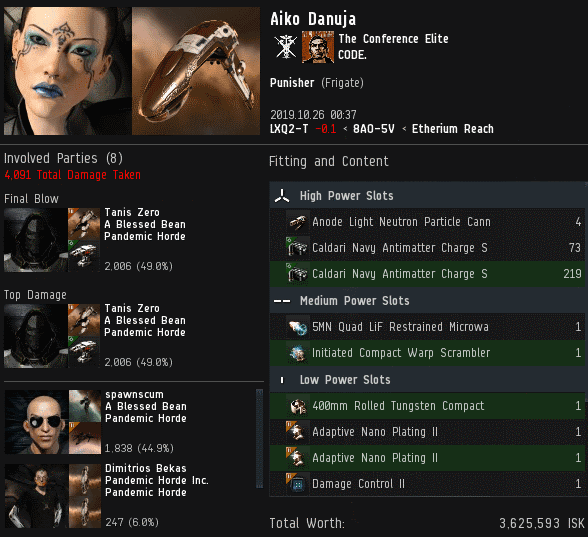 While exploring nullsec, Agent Aiko Danuja lost a frigate to a roaming gang of Pandemic Horde pilots. One of the pilots was none other than spawnscum. What were the odds? 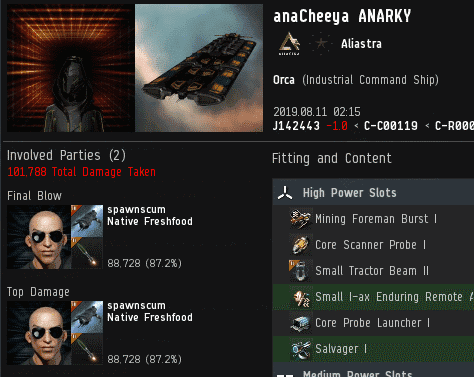 All the way back in Part 1 of this series, aiva lost an Orca to spawnscum. Back then, aiva went by the name anaCheeya ANARKY.

aiva had vowed to dedicate himself to a relentless, years-long campaign of vengeance against spawnscum. Now, two months later, spawnscum had killed aiva's closest confidant, Aiko Danuja. How would aiva take the news? 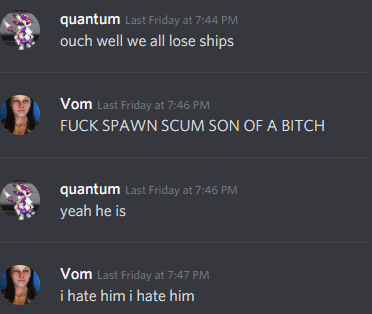 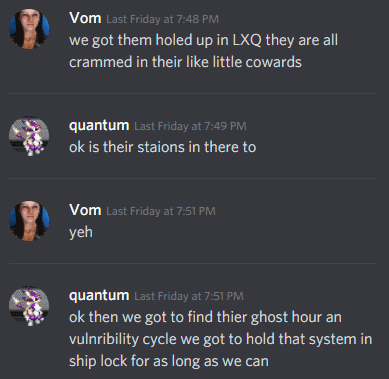 In fact, aiva didn't seem to care about spawnscum at all. Now that he was on the Imperium leadership track, aiva's vendetta against spawnscum faded away. He had much bigger fish to fry. 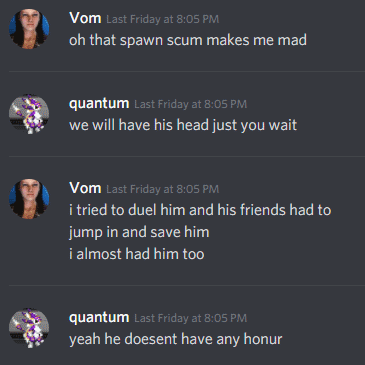 But the loss of Aiko's precious frigate was fresh in her mind. Unlike aiva, Aiko didn't have the luxury of having spent two months readjusting to life without her favorite ship. And as Aiko mourned her frigate, aiva's old feelings about spawnscum began to resurface. 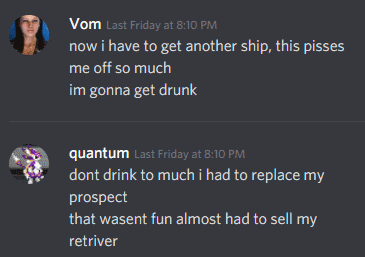 Priorities, though. aiva had to remember his priorities. spawnscum was a shiny object that could be dealt with after Pandemic Horde was conquered. 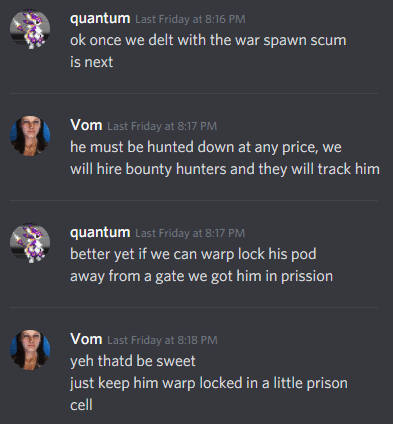 But aiva couldn't help it. His restless mind dreamed up ways of torturing spawnscum. Presumably this was one pilot who would not be invited to join the Imperium. 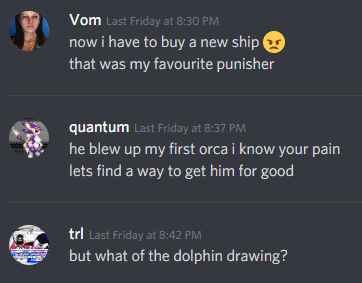 There was so much going on that aiva almost forgot: That glacially-paced Goon security check was still in progress!