Previously, on MinerBumping... Basically, this old "Far Side" cartoon: 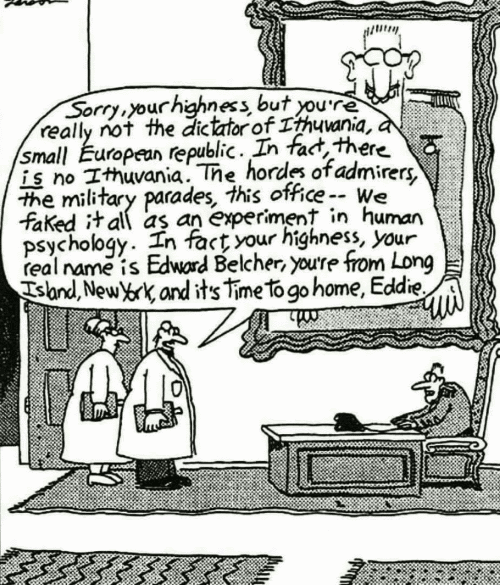 aiva naali was given strategic command of the Imperium. He wouldn't let the opportunity go to waste. 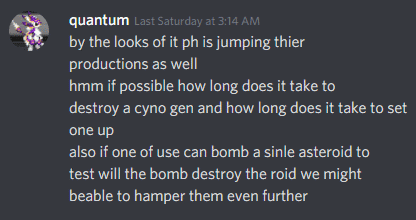 Even supposing the anti-asteroid weapons didn't work, aiva still had plenty of other secret weapons in the works: The "wreacking boallqual", the "wolfs", the "muse", the "skank trap", and plenty of others.

aiva was perfectly content to continue working on ways to eliminate PH's stockpiles of "mega cite". But aiva's colleagues were certain that there were more effective ways to employ the Imperium's new genius. 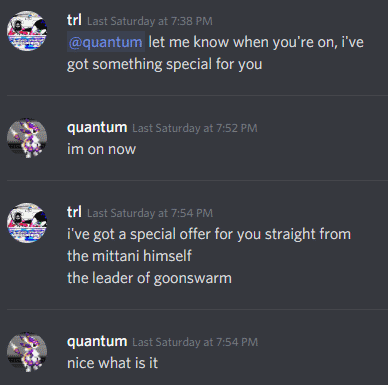 It was time for aiva to start getting his orders from the big boss himself. 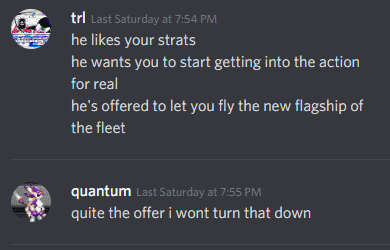 So far, being the mastermind of the Imperium had been a desk job for aiva. But The Mittani apparently felt that aiva's obvious talents as a combat pilot and fleet commander were going to waste. No longer. 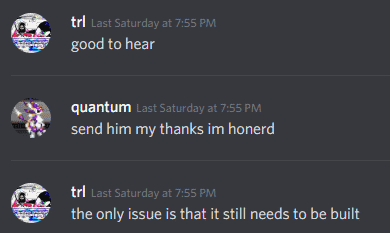 There was a catch, however. 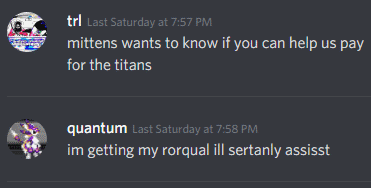 The Mittani was willing to bring aiva out of the shadows and place him where he belonged--in the spotlight, at the head of the Imperium's most powerful fleet. Naturally, this meant that aiva would be piloting a titan. But titans cost money. 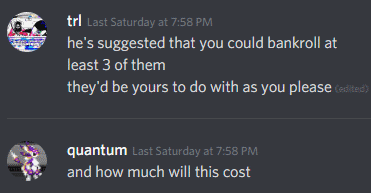 They cost lots of money, in fact.

Given that aiva had recently been mining highsec ore in Ventures and Retrievers, the estimated 115 billion isk cost of a titan was far outside aiva's price range. His only option was to get into a Rorqual and mine for the money. 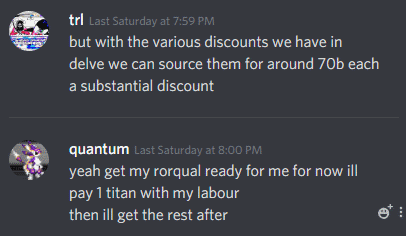 Thanks to its exclusive access to the best space in nullsec, the Imperium is able to build titans for just 70 billion isk. Though a bit easier to swallow than 115 billion, it didn't change the bottom line for aiva: He wouldn't be able to afford it until after he had spent a good long time mining away in Delve. Which meant that someone would need to give him a Rorqual. 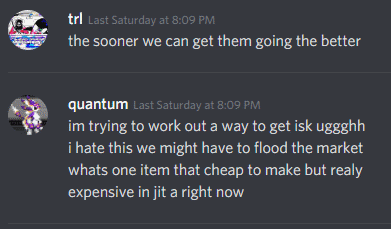 Despite the obstacles, aiva wanted to start leading the Imperium's fleets as soon as possible. Maybe there was a way to get rich quick? aiva considered the possibility of obtaining something at a low price and then selling it at a higher price. 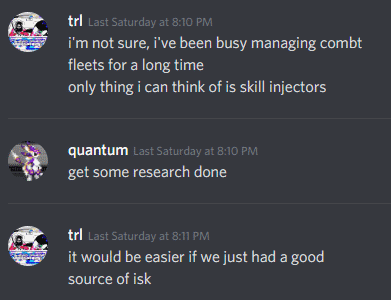 If aiva was going to become nullsec's greatest military leader, he might first need to become Jita's most successful trader.