The bot-aspirant carebear, in his wickedness, accuses our Agents of bullying, griefing, and harassment. But good luck finding a trace of those things in Agent Lewak's standard post-gank EVEmail: 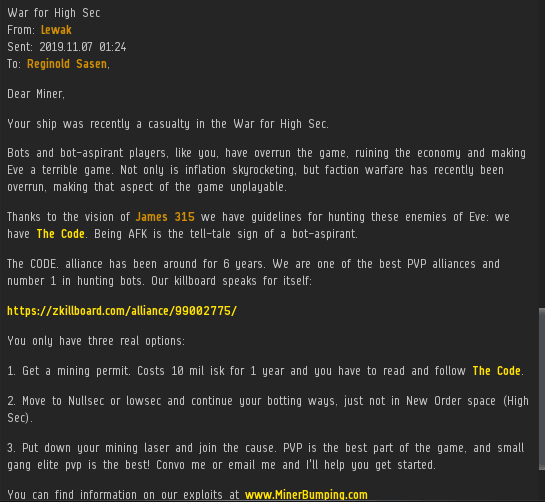 Agents of the New Order provide gank recipients with an opportunity to prove their worth.

Most miners, sadly, demonstrate that they are not yet ready for EVE.

In EVE, reading comprehension is a must. And so is the Code.

Alas, too many miners lack even the ambition to be a proper player. They try to avoid ganks by declaring themselves too pitiful to be fired upon. 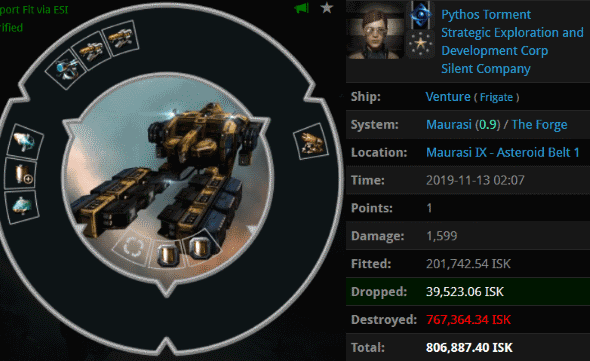 As Agent Lewak was conducting a patrol of New Order territory, he came across Pythos Torment. She was mining without a permit, so she died. Lewak sent Pythos a standard EVEmail and waited to see whether the miner was cut out for EVE.

Lewak carefully studied her reply. He noticed some warning signs.

Our Agents are a compassionate breed. Lewak gave Pythos the benefit of the doubt, reasoning that perhaps there were extraordinary circumstances preventing the miner from being her best. So he reached out to her and gave her a second chance. 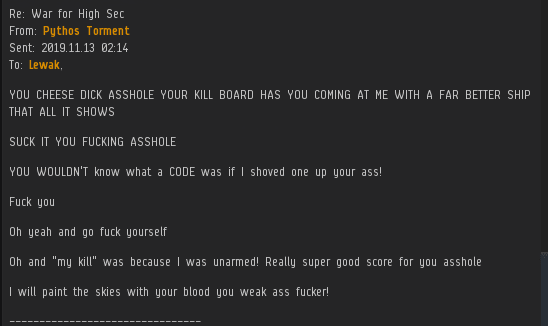 But there were more warning signs.

Lewak cautioned the miner. He had been kind to her, but he would brook no nonsense. There was the Code to consider.

At this point, our Agent began to seriously consider the possibility that Pythos was a Goofus. If so, selling her a mining permit might prove difficult. 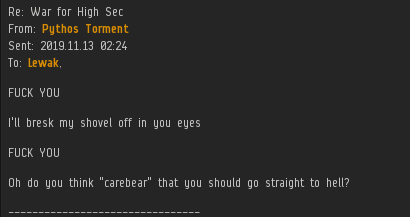 Pythos sent additional EVEmails, each one seemingly confirming her status as a treasonous little Goofus. Agent Lewak needed to be sure, though. So he name-dropped the Saviour of Highsec to see what effect it would have: