Previously, on MinerBumping... Agent Lewak received angry EVEmails from Pythos Torment, a highsec miner who held an irrational grudge against our Agent after being killed by him.

Pythos threatened to send salt to Agent Lewak each day. In this way, the miner hoped to get her revenge. 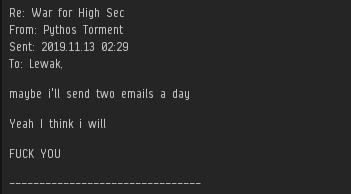 Sensing that Lewak was not yet defeated, Pythos redoubled her efforts.

Several minutes later, Pythos' anger manifested itself in a tithe. What had the miner done? 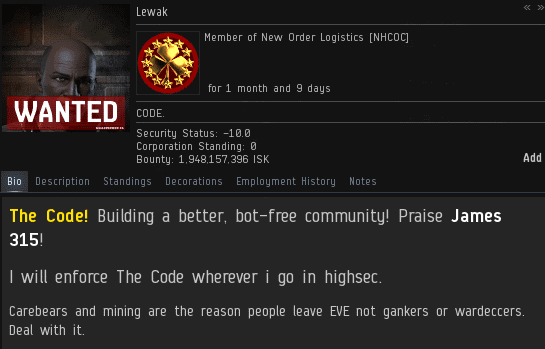 Pythos placed a bounty on Lewak's head, but it was lost in the sea of isk already placed there by other frustrated carebears. 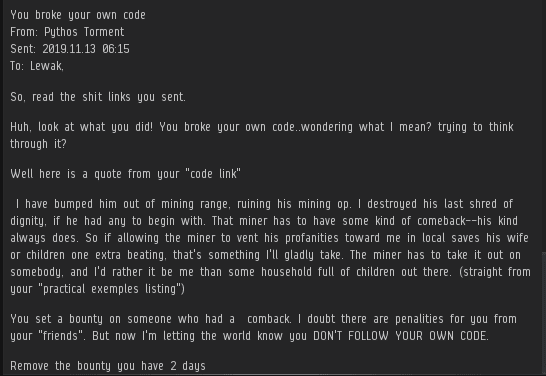 A few hours later, Pythos finally read the Code--or made an attempt, anyway. After examining the Code, Pythos came up with the original strategy of accusing Lewak of not following it. If our Agent didn't retract the bounty he'd placed on Pythos, the miner would tell the whole world about Lewak's Code violations. 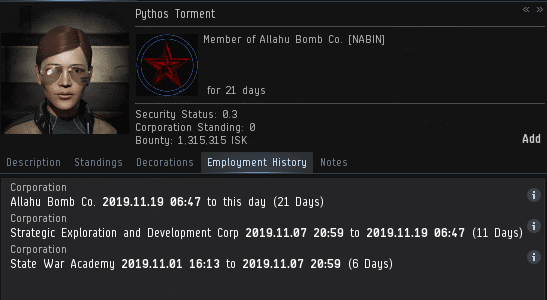 Apparently the "mark of 315" was bothering Pythos--further confirmation that Pythos was indeed a Goofus.

The next day, Pythos renewed her correspondence with Lewak. The miner had yet to calm down.

A day later, Pythos had a big update: She now had powerful friends in nullsec. And their first priority was to take down Lewak once and for all. 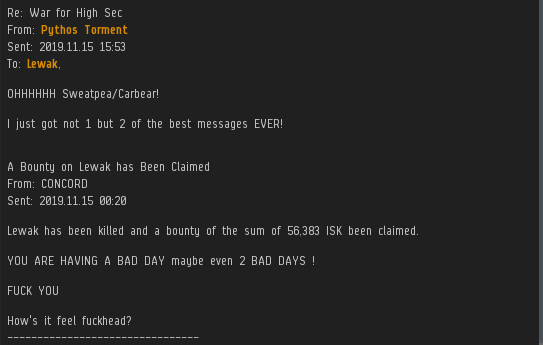 At last, Pythos had her revenge. Nearly 57 thousand isk had been collected by bounty hunters: 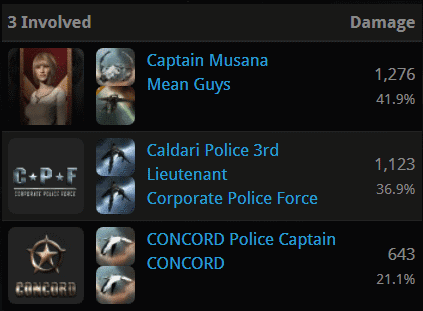 Said bounty was collected as part of a CONCORD killmail when Lewak's gank Catalyst was destroyed. As you might guess from the presence of CONCORD on the killmail, Lewak succeeded in his gank. In other words, a random passerby got a tiny reward for doing nothing, and Pythos lost a small amount of isk for no reason. Bounty system working as intended.

Pythos tried to talk herself into being happy, but her feelings of joy over the bounty payout were overwhelmed by the poison in her soul--her hatred for Lewak. For you see, when a highsec miner embarks on a journey of revenge, he must first dig two graves: One for himself, and the other to remain empty because our Agent is being awesome somewhere else.
Posted by MinerBumping at 18:03