Tugging at the Hems of Power, Part 8

Previously, on MinerBumping... Driven mad by their hatred of the Code, Tug Industries Corporation launched a frenzied assault against Agent Kalorned. But the Code enforcer was victorious. 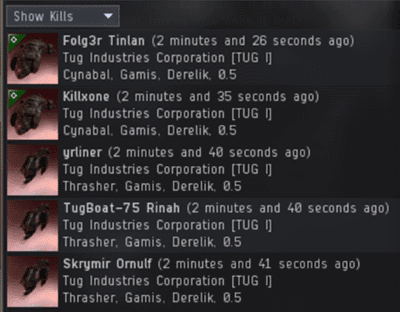 Kalorned reviewed the list of vessels destroyed in the attack against him. Tug Industries had thrown away so much in their vain attempt at resistance. If only they could accept the joy of the Code!

Despite his tremendous military success, Kalorned pursued a path of peace. What a guy.

The local carebears refused to congratulate our Agent on his triumph. Instead, they made accusations against him and cursed his name.

When a highsec miner loses a battle, he tends to view it as a moral failing on the part of the person who defeated him.

Kalorned had certainly earned the right to gloat, yet he chose not to indulge in any chest-thumping or schadenfreude. He simply went about his business, enjoying the EVE sandbox like nothing special had happened. 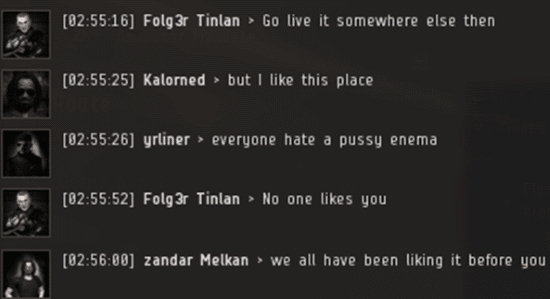 Tug Industries pilots could have complimented Kalorned on his graciousness--or at least appreciated it. Incredibly, the carebears spoke words of bitterness to our Agent, making themselves even smaller than they already were. 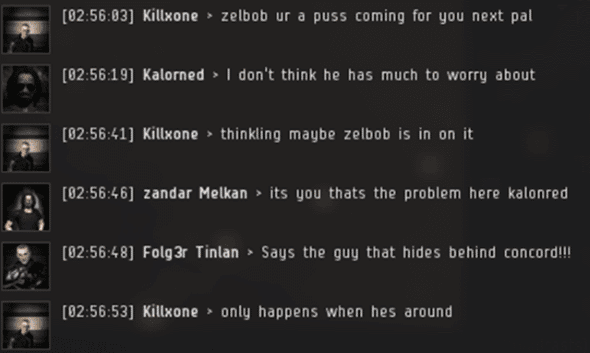 The defeat of Tug Industries did nothing to quiet the miners. Indeed, a new commotion began to stir in local.

A new word--a new name--found itself repeated in local chat, over and over.

Now, I know what you're thinking, dear reader: Who the heck is zellbob? zellbob was a miner who had spoken a few times in local during Kalorned's bumping campaign. He appeared very briefly, for example, in Part 6 of this series. Judging by his killboard, his corporation, and every other piece of evidence available, he was a random miner with no affiliation to Kalorned or to the New Order--or to anyone else, really. 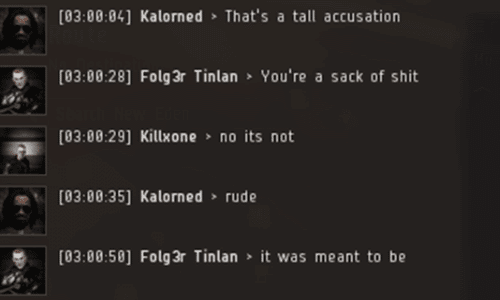 For some unknown reason, Tug Industries pilots latched onto the idea that zellbob was the source of their woes. zellbob's presence, some said, was correlated with Kalorned's recent appearances in the system. zellbob became a scapegoat--a highsec witch, if you will.

The miners demanded that zellbob be ganked. If Kalorned killed him, that would prove zellbob's innocence. Otherwise, they would burn zellbob at the stake themselves.