Nbr1derp Dallocort had every intention of spending a lazy day mining in highsec with an Orca. Even more brazen: He planned to stream the whole thing on Twitch for the world to see! 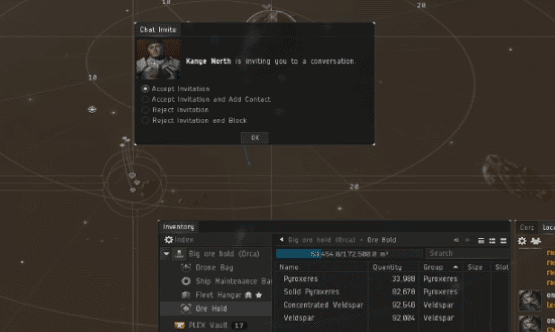 While Nbr1derp's Twitch stream was in progress, he received a private convo invite from a stranger named Kanye North. 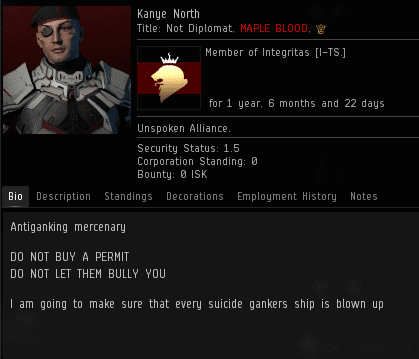 Kanye claimed to be part of the anti-Code resistance--a natural ally to unlicensed miners like Nbr1derp.

Nbr1derp had total confidence in Kanye, who was hot on the heels of a dangerous New Order Agent. The miner joined Kanye's fleet to assist him.

Then something wonderful happened. 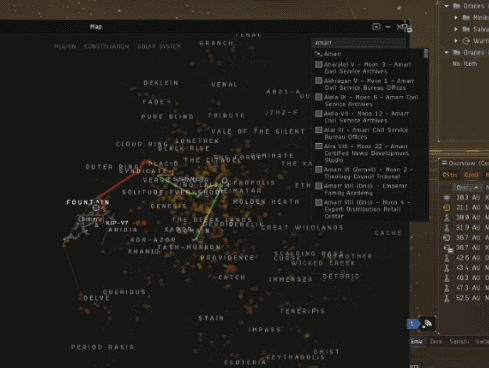 Nbr1derp found himself teleported along with Kanye into the Fountain region. Kanye had activated a special "holiday filament" which allows fleets to open a direct portal into a random nullsec system. To prevent this mechanic from allowing players to have excessive fun, the filament only works if everyone in the fleet has his safety switched off. Nbr1derp's safety was set to red, so Kanye was able to bring him to nullsec. When the miner realized what had happened, he immediately set a course for highsec.

Kanye was incensed by the lack of faith that Nbr1derp had demonstrated by activating his warp drive. Before Nbr1derp's Orca could get away, Kanye tackled him and demanded a ransom.

The last thing Kanye wanted was to get unnecessary blood on his hands. Yet there was no escaping the fact that Nbr1derp owed him money.

In most situations, EVE players do not honour ransoms. However, Kanye was fully prepared to let the Orca go free if Nbr1derp opened his wallet.

For just 10 million isk, Nbr1derp could have saved his Orca--worth many times as much. But the miner was a Goofus. He didn't have the sense to put his trust in Kanye.

Kanye couldn't believe his eyes. The miner was basically killing his own Orca, all while streaming his own poor sportsmanship to Twitch.

For whatever reason, Nbr1derp couldn't bring himself to enjoy the holiday filament experience. 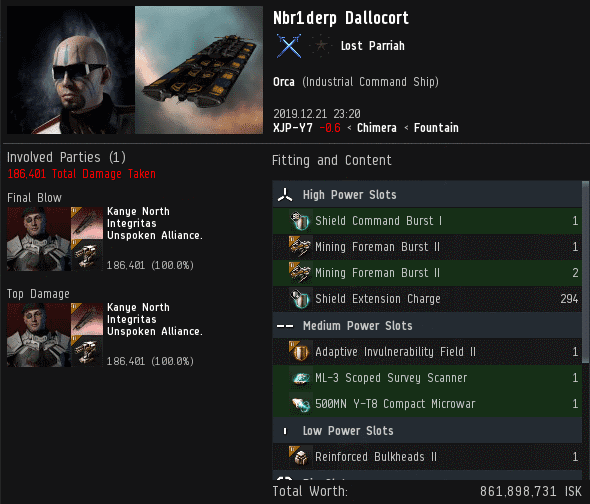 With a heavy heart, Kanye collected the Orca killmail and was treated to the sight of a beautiful explosion. It didn't have to be this way. 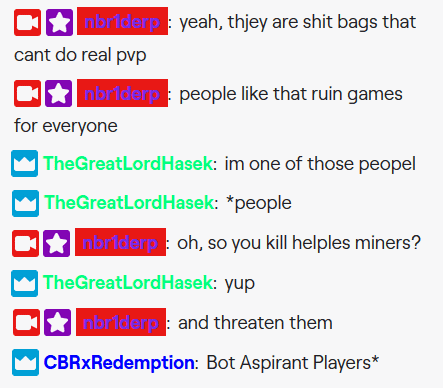 But the miner shouldn't have been surprised: People love a winner. And the CODE always wins. Always!
Posted by MinerBumping at 18:05