Previously, on MinerBumping... aiva naali went shopping with the help of his friends from the New Order. Splurging on skill injectors and other luxuries proved to be aiva's favored form of recreation. After all, even aiva couldn't spend his whole life doing nothing but running the Imperium's military-industrial complex.

After a suitable break, aiva was again inspired. A new Nyx-based superweapon was on the horizon. 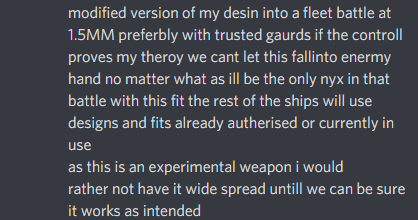 aiva planned to design and pilot the super-Nyx himself. And, unlike his previous superweapons, he wouldn't accidentally/intentionally leak the design to Pandemic Horde. 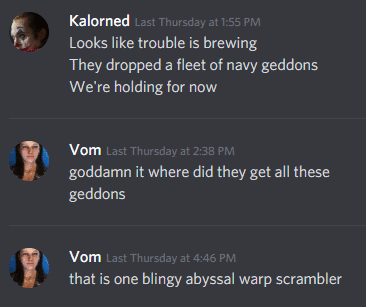 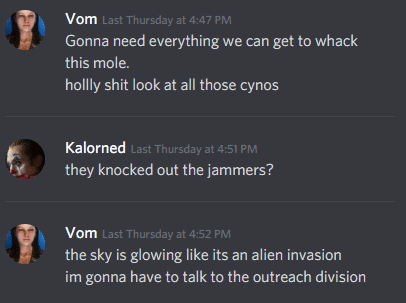 Though aiva could not see the battle himself, Kalorned and Aiko's communications painted quite a picture.

aiva was aware of two major wars going on in nullsec: The one he'd engineered between the Imperium and Pandemic Horde, and the Chinese Civil War going on somewhere in the north. No matter the outcome of the wars, aiva had backup plans and backups to his backups. 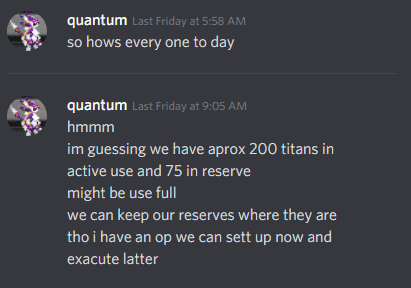 Reading our Agents' war reports reminded aiva of the importance of having good leadership in charge of the Imperium at all times. To ensure the Imperium's success, he'd need to keep a close eye on the mega-coalition's titan fleet. 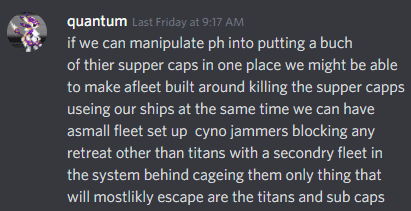 aiva's new interest in Nyxes made him consider if there was a way to decapitate the PH supercarrier fleet. But first he'd need to think up a way of tricking PH into parking their supercaps in one location. 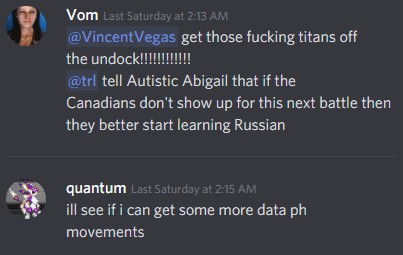 After a time, aiva began to feel left out of the amazing wars he was hearing about, so he looked for a way to make a meaningful contribution.

aiva's friends in the New Order operated at the highest levels of Goon command. Aiko and Danuja had frequent meetings with The Mittani himself. Maybe one day aiva would enjoy the same privilege--after a security check was completed, of course. 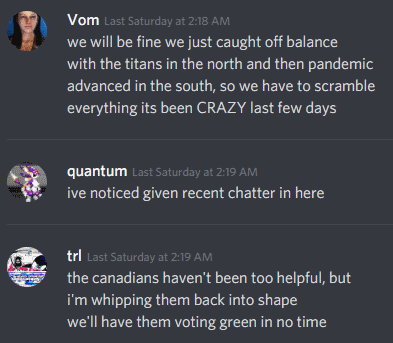 Nevertheless, was aiva doing enough? Was he having enough impact on the all-important wars taking place in nullsec? 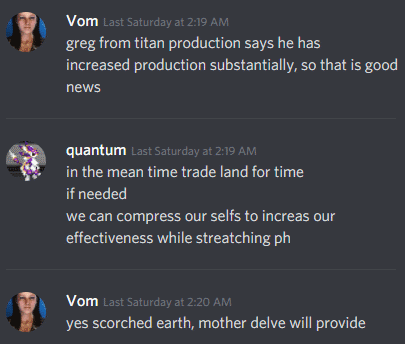 In addition to being an expert micromanager, aiva was a big-picture guy. In a casual message to Aiko, he dictated the terms of the Imperium's overall strategy moving forward. 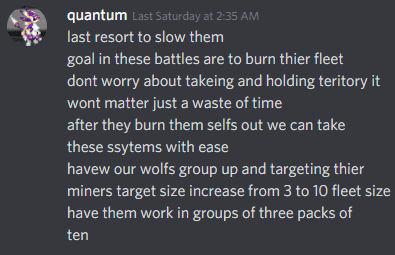 aiva elaborated: The Imperium's key to victory rested in his new invention, the "wolfs". 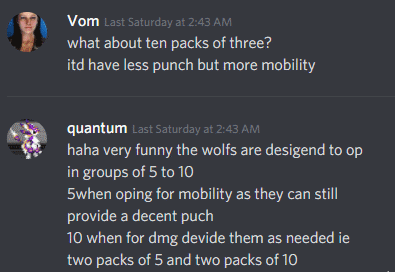 aiva smiled at Aiko's attempt to refine aiva's own perfect design. (Imagine trying to use wolfs in groups of three instead of five!) There was a reason that aiva had been put in charge, after all. He was irreplaceable.