Our Agents do so many good things for highsec. Among them: Spreading the joy of the holidays. Today, Agent Krig Povelli shares three different joys.

Lucy was pleased to see that The Pallid Mask was an open, welcoming miner. Sociable miners are so much more likely to be Code-compliant. 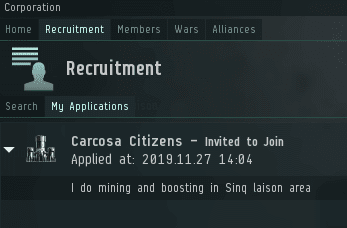 Just a few minutes after meeting The Pallid, our Agent was invited to join his corp.

But Lucy had a secret. 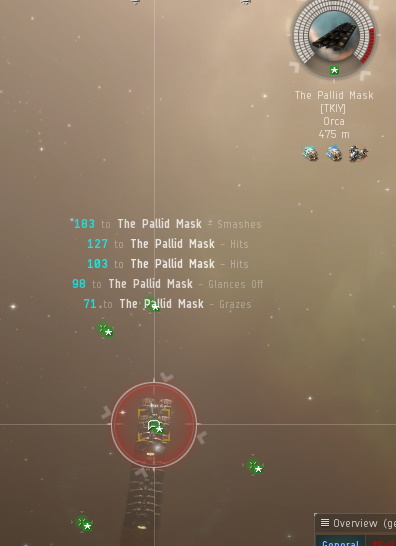 Our Agent's confession poured out of Lucy's combat drones. It was a very honest conversation. 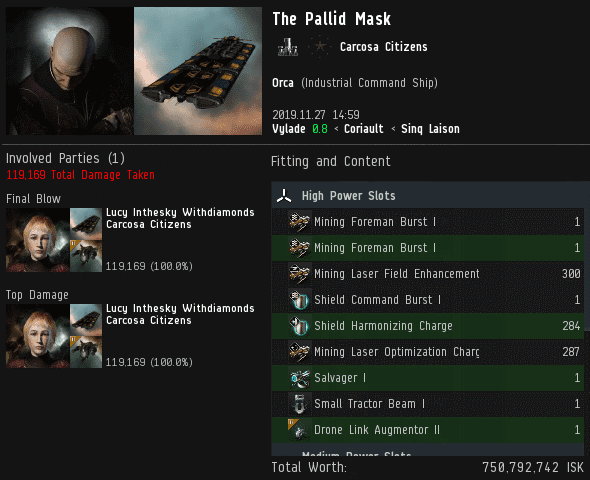 Lucy was kicked from the corp. No matter--other miners needed joy, too. 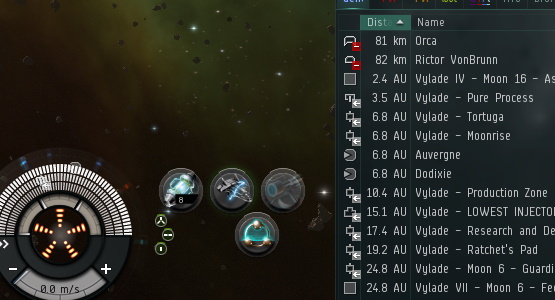 A fellow named Rictor VonBrunn decided to AFK mine while sitting next to an unpiloted Orca. He used his Orca as a cargo container! So Krig bumped the miner away and supplied the Orca with a pilot.

Krig was pleased to be given the chance to educate Rictor further about how to play EVE. The miserly miner had never given anyone isk before.

Even better, Krig got to teach the miner about the contract system. 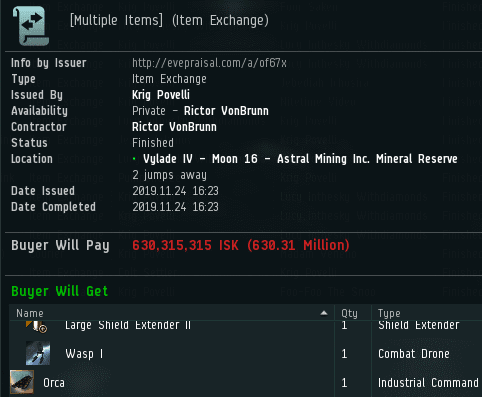 One day, Krig happened upon a carebear who was absentmindedly mining with an active kill right. When you're an Agent of the New Order, good things always come your way.

Krig activated the kill right, tackled the miner, and struck up a conversation with him. TieLight received the joy of being commanded to buy a mining permit.

TieLight paid the 100 million isk ransom and also chose to buy a permit from Krig. But, as Krig candidly told him, the mining ship would need to die as punishment for TieLight's crimes. Besides, EVE is a game about blowing up spaceships, not letting them go. 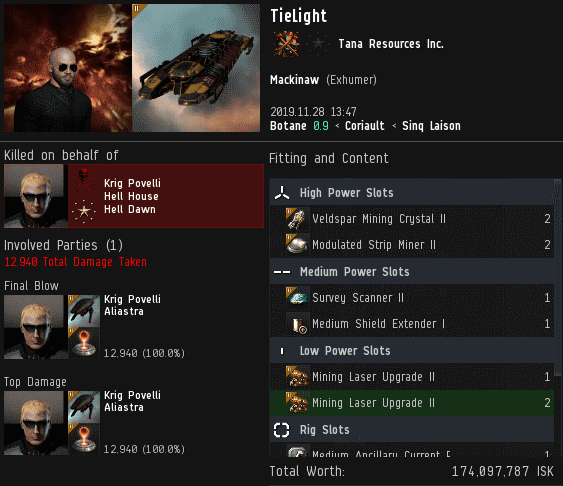 As it turned out, Krig and TieLight had history together. Why, the whole encounter had been a reunion! Thanks to the Code, the joys of highsec will never cease.
Posted by MinerBumping at 18:05