Previously, on MinerBumping... Slowly but surely, aiva naali gained greater insight into the inner workings of the Imperium. Serving as his guides in this strange, elite world were Agents of the New Order such as Kalorned and Aiko Danuja. 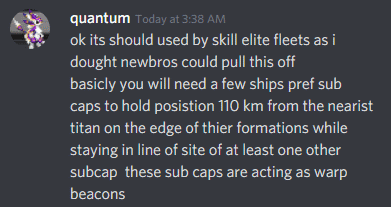 aiva was pleased to hear that one of the secret weapons he had developed, the "skank trap", was winning battles for the Imperium. Nevertheless, he wanted to ensure that the skank trap was being used to its full effectiveness.

Though he had never FC'ed a supercap fleet in battle--indeed, he had never even seen a titan or supercarrier before--aiva was confident enough in his abilities to lecture his colleagues about the dynamics of such a battle.

Initially, aiva's main focus was the deployment of mining ships such as Rorquals. Then he grew interested in titans. Now aiva was beginning to discover the joys of carriers and supercarriers.

aiva didn't need to experience or witness a supercapital brawl in the EVE client; they played out vividly in his imagination. And so far, that was good enough for the Imperium's leaders.

Somewhere down the line, the skank trap evolved into "aiva's special". aiva was willing to delegate minor details to the various fleet commanders, since they had actually been in fleets before. But he did want the strategy to be named after himself.

Imperium leadership was impressed. Another home run for aiva. 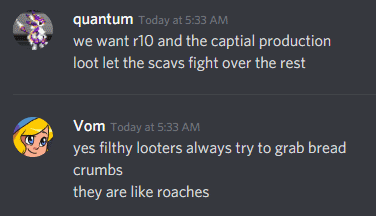 The walls were closing in on Pandemic Horde. Soon their industrial capabilities would be crippled. 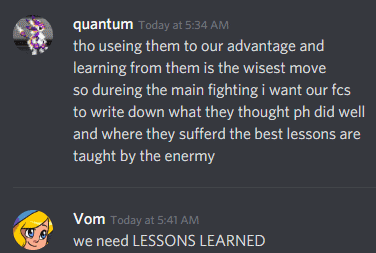 Humility was one of aiva's many virtues. He recognized that some small nuggets of EVE strategy might arise from sources other than his own brainstorming sessions. Henceforth, all Imperium fleet commanders would write performance reviews of Pandemic Horde fleets to see if anything could be learned from them. 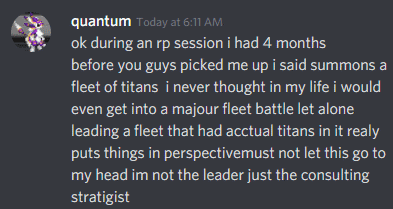 In a reflective moment, aiva sat back and looked in awe upon his recent achievements. And it had all happened so suddenly! There was a risk that he might, at some point, get an inflated ego. Perhaps someone in the Imperium could be assigned the task of whispering in aiva's ear, "All glory is fleeting..." 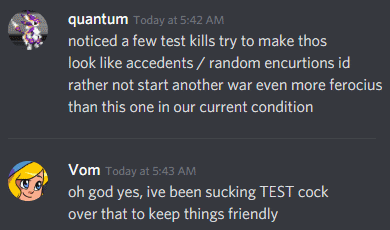 Though aiva had yet to see any Imperium fleets with his own eyes, he took it upon himself to monitor nullsec through other means, such as randomly browsing zKillboard. He noticed with some consternation that the Imperium was killing members of Test Alliance Please Ignore when they were supposed to be fighting Pandemic Horde. 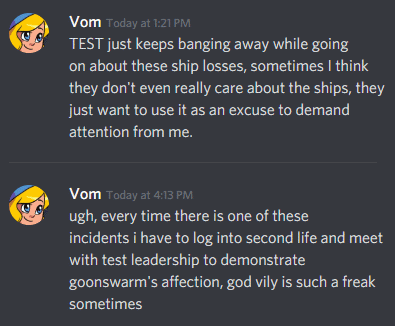 Aiko Danuja revealed to aiva that high-level nullsec diplomacy wasn't all fun and games. There was a sordid side to it, too.

Aiko had been called upon to make great sacrifices. Such was the price of participating in EVE's endgame. 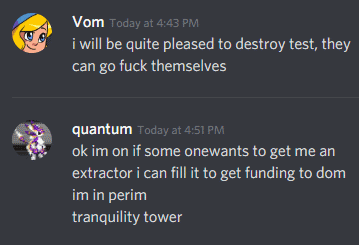 There was also the traditional price: Isk. And aiva still needed to pay much more of it if his nullsec dreams were to be fully realized.