Tugging at the Hems of Power, Part 6

Previously, on MinerBumping... Highsec mining corp Tug Industries Corporation was buzzing with anger at the mere sight of Agent Kalorned. The pilots of Tug Industries blamed Kalorned for all of their woes, but our Agent steadfastly maintained his innocence.

The mob of carebears sought to round up all of the guilty parties. They were tired of Kalorned and his alleged alts. They wanted to end this "Code" business once and for all.

Agent Kalorned was used to dealing with angry miners. His years of experience enabled him to detect subtle shifts in their mood. And he could tell that Tug Industries was on the brink of taking violent action.

Despite losing multiple ships to Kalorned in the past, Killxone repeatedly requested duels. The carebear was irrational. 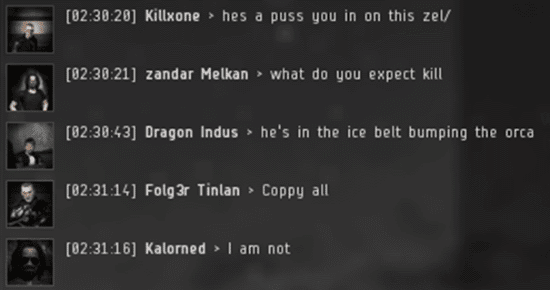 Tug Industries used local chat as their intel channel. They reported on all of Kalorned's movements, hounding the New Order celebrity like a bunch of paparazzi.

Miners howled and hissed, shouting out one accusation after another. Couldn't they let a guy bump Orcas in peace?

Tug Industries grew alarmed when one of the local miners, Chito Kirisaki, expressed a tentative interest in buying a permit.

In fact, Kalorned's victories thus far had tempted some miners to simply give in and obey the Code. But zandar Melkan and others encouraged them to continue their resistance. Kalorned's downfall was just around the corner. 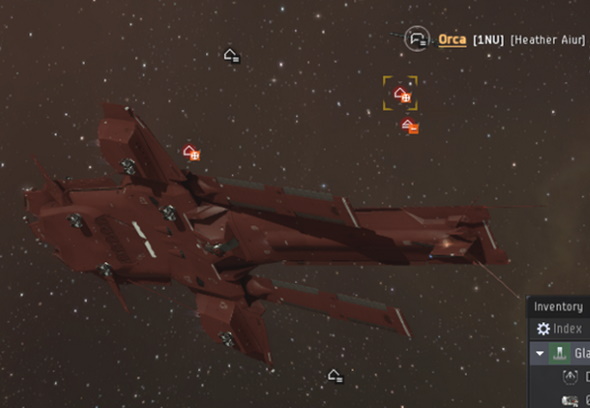 As Kalorned's bumping campaign continued, Tug Industries vessels began to surround him. It was an ominous sign.

Our Agent analyzed the fleet composition. It included Thrashers, a common ganking ship. But they also brought an Orthrus and a Cynabal. Surely these carebears weren't crazy enough to try suicide ganking with those ships. 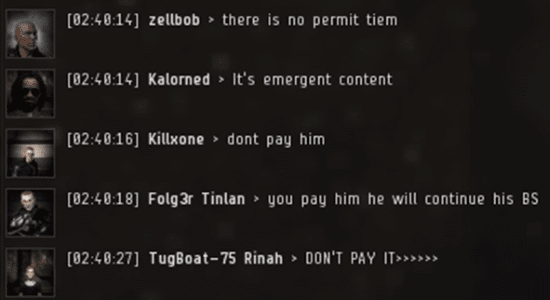 Kalorned offered to sell a mining permit to zellbob. The pilots of Tug Industries panicked: The sale of a single 10 million isk permit could fund Kalorned's bumping activities indefinitely!

Rumors and nonsense filled the system as the miners hoped in vain for deliverance from Kalorned and his infernal Code.

zellbob, who was considering buying a permit, drew the ire of the anti-Code rebellion. A permit sale at this crucial juncture would ruin everything.

Kalorned took a moment to assess the mood of the rebels who circled around him. There was no doubt about it: Bullets were about to fly.