EVE players young and old have long been enchanted by A Highsec Christmas Carol, universally recognized as one of the great literary achievements of all time. By contrast, all of the bot-aspirant carebears combined can barely string two sentences together--a solemn reminder of the New Order's superiority over the general population of highsec. 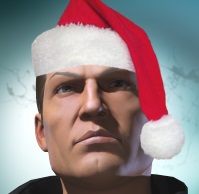 It's a sad fact that highsec miners continue to be a bunch of grumps during Christmas. Yet even their holidays may be joyful, if they are invited or gently coerced into partaking of the text and/or audio versions of A Highsec Christmas Carol. Be merry!
Posted by MinerBumping at 18:01