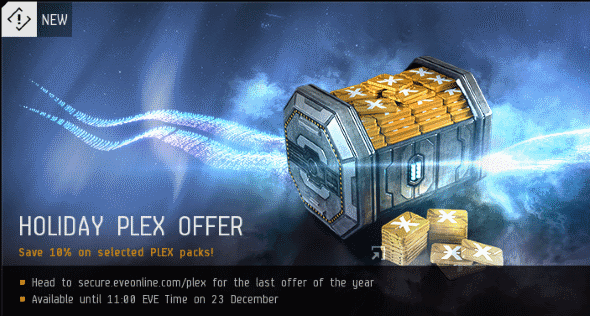 Carebears, lest you be tempted, the Code does not permit you to engage in any of this "wallet warrior" nonsense. Buy a mining permit instead. As a holiday bonus, we're willing to sell permits to you at a special price of 10 million isk! Speaking of holiday cheer, from the week of December 15th @ 00:00 EVEtime through December 21st @ 23:59 EVEtime... 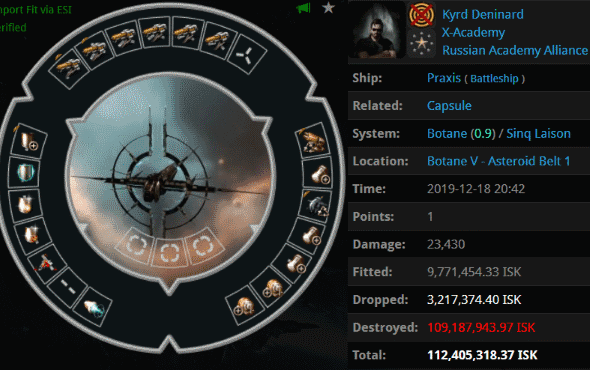 KILLMAIL
It's difficult to imagine a worse ship than Kyrd Deninard's grotesque mining Praxis. Yet Kyrd was quite confident in its combat abilities. He (unwisely) challenged Agent Krig Povelli's Nergal to a fight. Apparently mining lasers do quite a bit less DPS than Kyrd was expecting, and he lost the fight to our Agent. 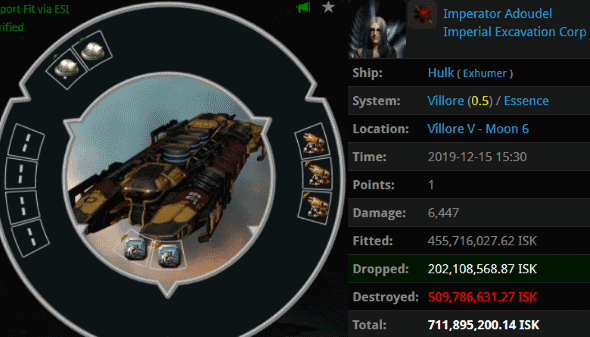 KILLMAIL
The laziest miners, of course, can't even be bothered to come up with some terrible idea for a fit, so they simply leave module slots empty. Imperator Adoudel bet big on his ORE Strip Miners, only to find that the blingy mods attracted the wrong kind of attention: Agents Elena Sabezan, Eduard Limonov, Maximus Gooseman, and Misha Mawashi. 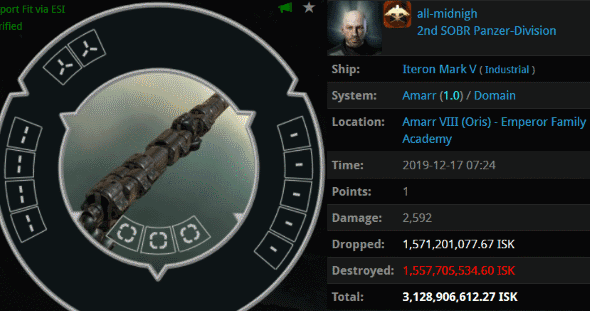 KILLMAIL
Arguably, lazy haulers are even worse than lazy miners; they make a career of AFK autopiloting from place to place. all-midnigh was a hauler pilot of the "blank fit" school. But here's the thing: If you aren't willing to put modules on your ship, you don't deserve to have any cargo, either. Agent LowPower Solutions put this philosophy into practice when he doled out this carebear's punishment. 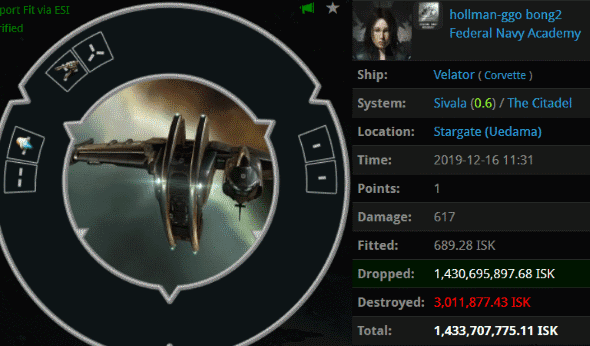 KILLMAIL
You think the no-module haulers are bad? Consider hollman-ggo bong2, whose "hauler" consisted of nothing more than a rookie ship that materialized in a station. Maybe she thought her rookie ship would go unnoticed--that it would get lost in the crowd. Fortunately, we have Agents like Arylcyclohexylamine who routinely cull the rookie ship population. These days, anyone who autopilots in a Velator is going to stand out. 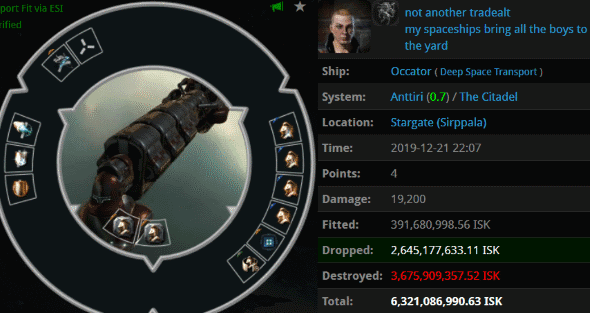 KILLMAIL
not another tradealt probably considered himself superior to the bot-aspirants featured above: He bought an actual hauling ship and equipped tank modules. Yet he could not resist the temptation to go AFK and autopilot his vessel in New Order territory. Friends, a ship without a pilot is a ship without a future. Agents Narl' Amhar, Votre Dieu, Rungerd, Astrid Tyrfing, and Wilhelm Scylding blapped the 6.3 billion isk Occator and helped themselves to some loot. 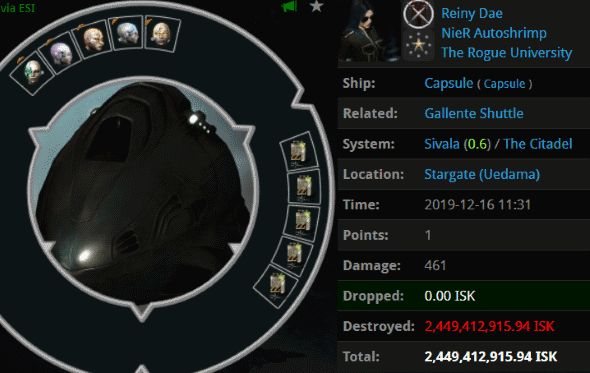 KILLMAIL
Remember what I said earlier about rookie ships that autopilot? Reiny Dae tried autopiloting in a shuttle, which is a wonderful way of getting on the New Order's radar. Agent Arylcyclohexylamine was pleased to get the opportunity to pop a shuttle and score a quick Capsule killmail. 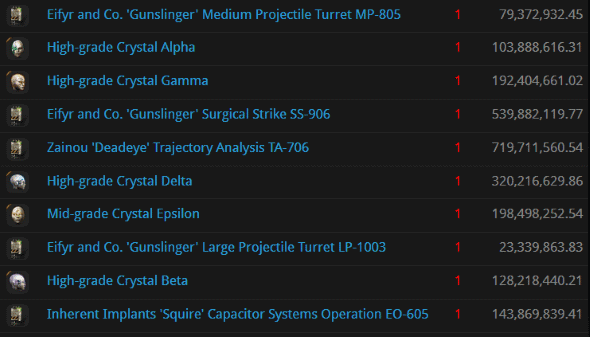 In an instant, 2.4 billion isk worth of implants was vaporized. No pilot, no tank, no permit--no implants.
Posted by MinerBumping at 20:02