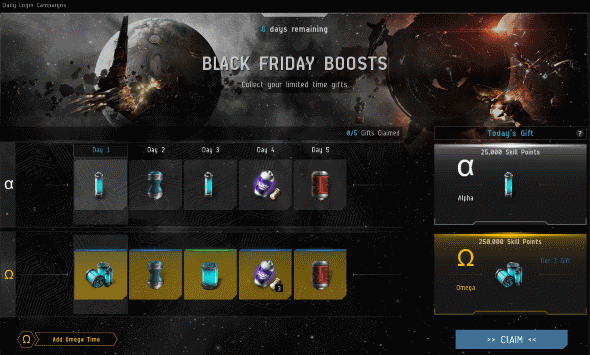 Login rewards? Alas, I cannot log in. According to the Anti-Gankers, I've been banned for the last few years. Then again, the Anti-Gankers are always wrong about everything. So I guess I can help myself to some EVE goodies, courtesy of Pearl Abyss. While I'm doing that, please enjoy these fine kills from the week of November 24th @ 00:00 EVEtime through November 30th @ 23:59 EVEtime... 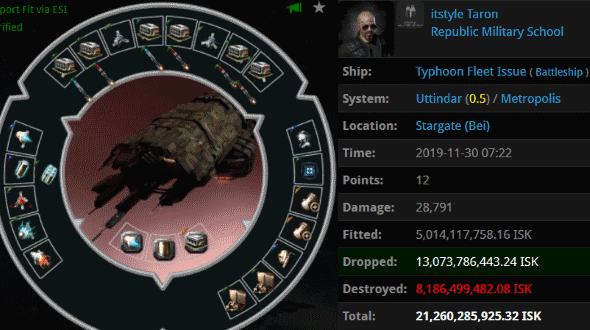 KILLMAIL
What happens when a freighter pilot gets ganked too many times? For some, the answer is to use unconventional ships for hauling. istyle Taron shocked highsec with his 21 billion isk Typhoon Fleet Issue. Its fit was fail and its cargo was blingy. Inevitably, istyle was caught and killed by Agents Votre Dieu, Narl' Amhar, Astrid Tyrfing, Rungerd, Wilhelm Scylding, and Ingrid Scylding. Carebears, you cannot hide your contraband. 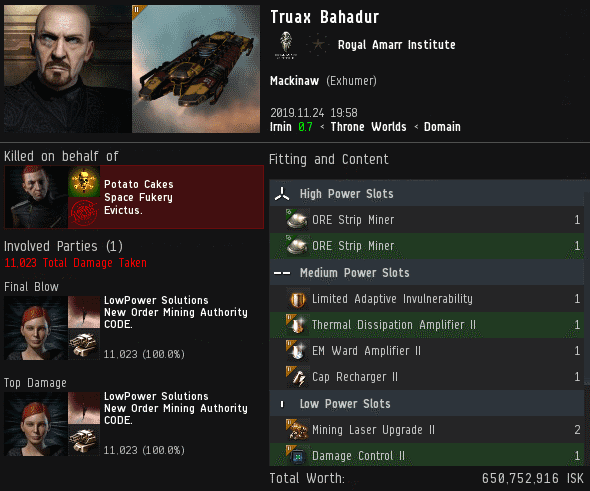 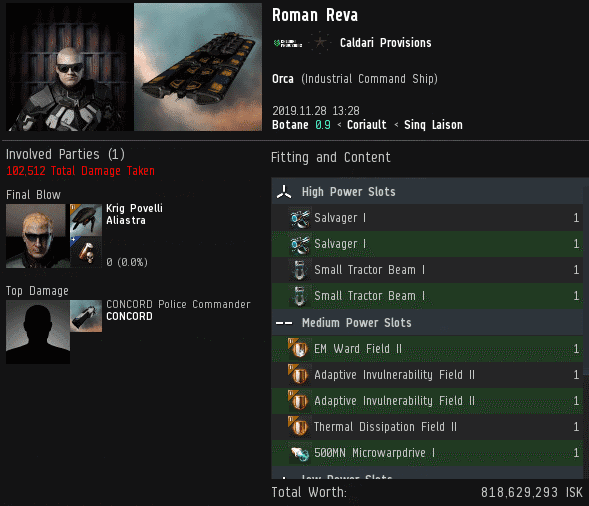 KILLMAIL
I suppose CONCORD doesn't protect the Goofuses like it used to. Roman Reva's Orca was actually destroyed by CONCORD after he tried to suicide gank Agent Krig Povelli. Roman threw away his Orca for reasons known only to himself--or, more likely, to no one. 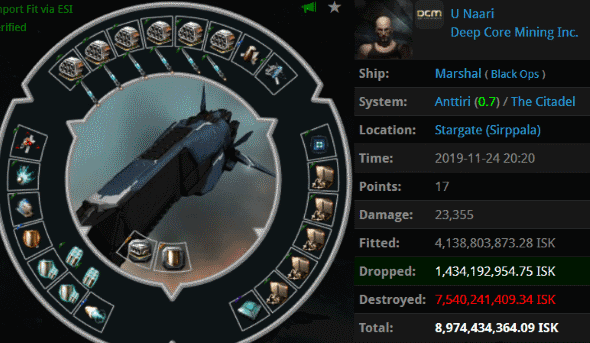 KILLMAIL
U Naari picked a good time to lose his 8.9 billion isk Marshal. If you must lose such a blingy vessel, be sure to do it during a week when one of your fellow carebears loses a 21 billion isk Typhoon Fleet Issue. On the other hand, an even better option is to obey the Code. Then Agents Rungerd, Votre Dieu, Astrid Tyrfing, and Narl' Amhar won't need to kill you. 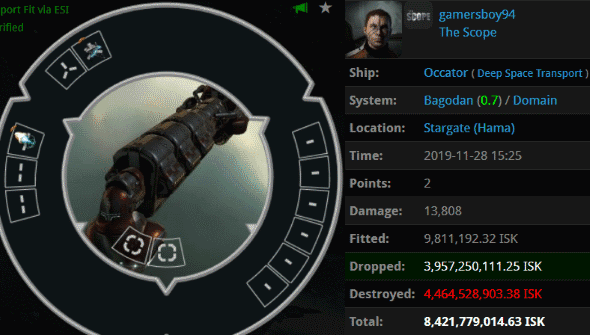 KILLMAIL
gamersboy94 had 8 billion isk worth of cargo to move. Luckily, he had a Deep Space Transport. The bad news was that he had no fittings for his ship. gamersboy94 decided that it was very unlikely that anyone would want to gank a DST, so he didn't bother to take the few seconds needed to equip a tank module or two. Agents Rante Charante, Vlada Inkunen, Ariku Orenuk, and Ukira Kunero courageously took action against the carebear for his recklessness. 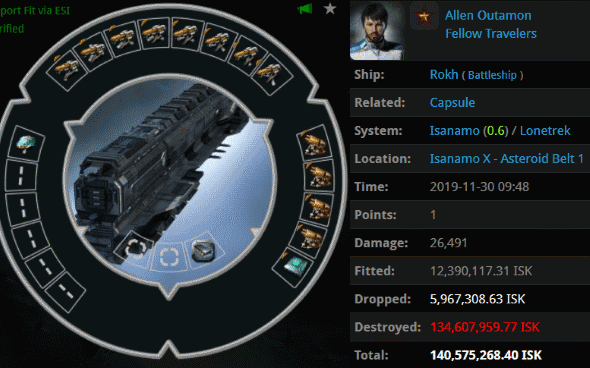 KILLMAIL
What has gotten into these carebears lately? It was bad enough that Allen Outamon chose to go mining in a Rokh--but not a single shield module? Agents Alleil Pollard, Eduard Limonov, Misha Mawashi, Aiko Danuja, Maximus Gooseman, Illegal Facilitator, and Salah ad-Din al-Jawahiri removed this disgusting creature from highsec and demanded an explanation: 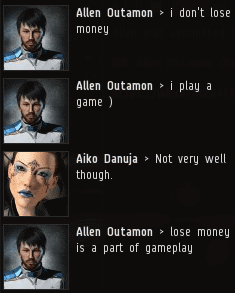 Allen was right about one thing: If you don't obey the Code, your gameplay is going to involve a lot of losing.
Posted by MinerBumping at 20:05