Previously, on MinerBumping... For months, aiva naali agitated in favor of a war against Pandemic Horde. After rising through the ranks of the Imperium, he found himself in a position to realize his dream: aiva prepared to lead a fleet into Pandemic Horde territory. 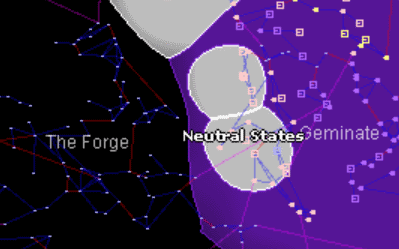 Although local indicated that only one other person was in the system with aiva, he was confident that a fleet of 200 cloaked Imperium ships was ready to support him. With a single jump into Geminate, the Rubicon would be crossed and the battle would be joined.

As his moment of triumph approached, fate threw aiva a curveball: A diplomatic breakthrough. Blast! 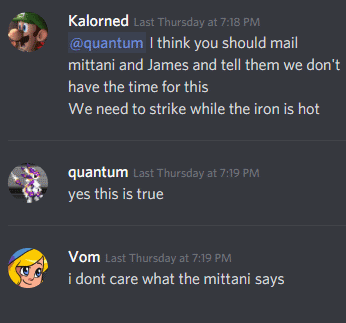 Despite The Mittani's years of command experience, aiva knew that the halt order was a mistake. Sometimes troops on the ground have a better sense of the battlefield.

aiva wrote an urgent missive to the two highest-ranking members of the Imperium that he could think of. Keeping his emotions in check, aiva spoke only of strategy. 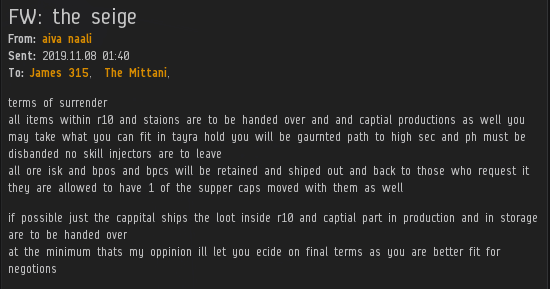 Just in case James 315 and The Mittani did choose to settle things through diplomacy, aiva wanted some input on the terms of Pandemic Horde's surrender. He envisioned a Carthaginian peace, with Pandemic Horde forced to disband entirely. 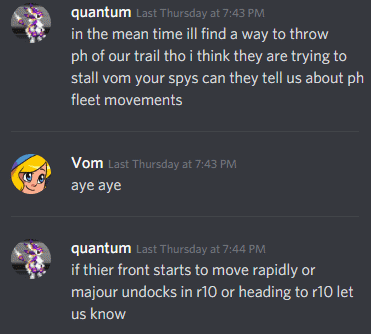 Minutes passed with no word from The Mittani or James 315. Time was slipping away; Pandemic Horde could very well have been fortifying its defenses in the target system of R1O-GN. And aiva was ever-conscious of the 200 war-hungry Imperium pilots at his back. 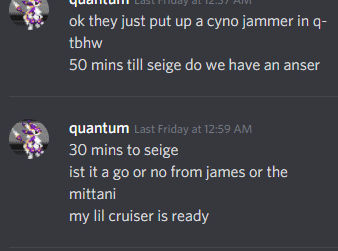 Since his titan and Nyx were still being constructed, aiva was leading the fleet in a Rodiva cruiser. He scouted the area while waiting for word from the Imperium's leaders--or anyone, for that matter. 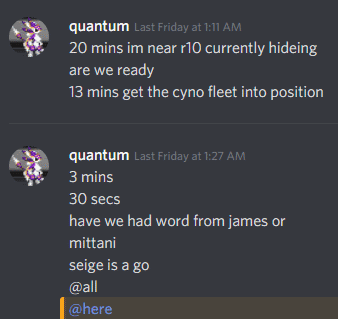 aiva was convinced that time was running out, but he couldn't get anyone on comms. The operation was too important to be postponed. Finally, he made a fateful decision: He would lead his great fleet into battle--even against The Mittani's direct orders. aiva held his breath. Then he jumped. 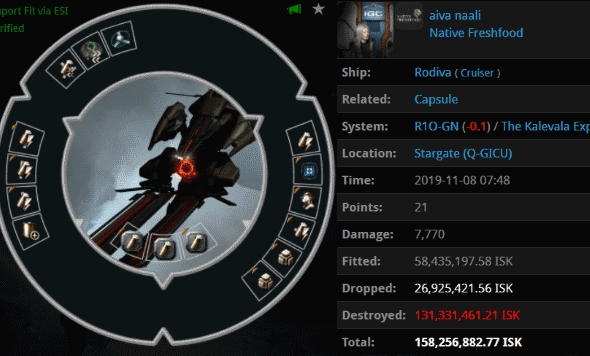 aiva got solo killed by a random dude in Pandemic Horde. 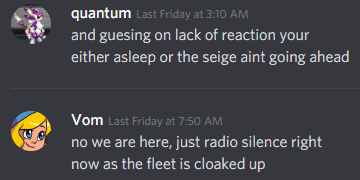 The war was cancelled. 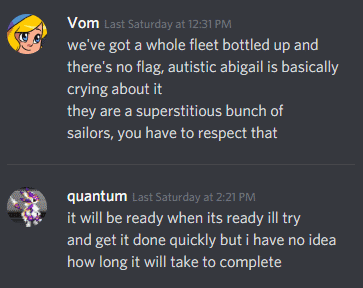 How did aiva's carefully crafted plan fail? aiva's trusted lieutenants searched for an answer. They found one. 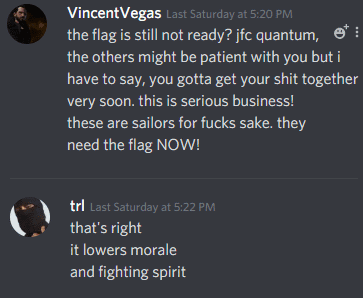 aiva's dolphin flag had been the missing ingredient. No wonder they'd lost.