The Genesis of Compliance, Part 2

Previously, on MinerBumping... Agent Alt 00 gave the gift of the Code to the the Genesis region, where she ganked a bunch of Goofuses. 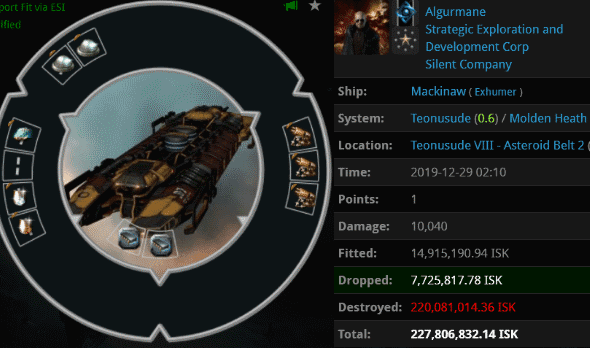 The Genesis miners scurried away, but Alt 00 still had some ships handy. So our Agent popped into a wormhole and delivered a surprise to Molden Heath. 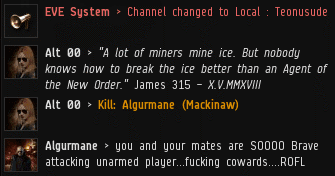 Alt 00 served up an opportunity for good sportsmanship on a silver platter: Algurmane had the chance to celebrate the gank and congratulate Alt 00 on a fight well fought. But the miner chose to be a sore loser instead. 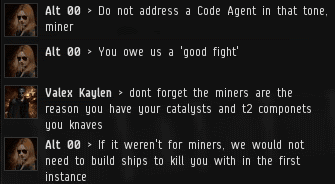 In fact, the local carebears were shocked and disturbed by the PvP they had witnessed.

The presence of the mighty CODE. alliance triggered the miners. The newly Mackinawless Algurmane further shamed himself by going full "grr CODE." 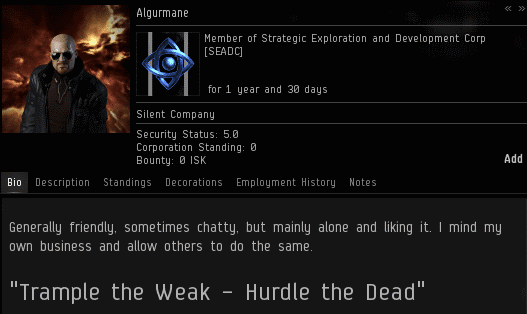 Algurmane, a member of Silent Company, was typical of the alliance. Despite their name, they tend to be highly vocal when ganked. 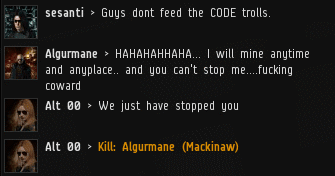 sesanti watched with alarm as a riot threatened to break out in local chat.

Since 2012, some miners have argued that if everyone simply ignored CODE., the gankers would get bored and go away. The idea may sound absurd. But its advocates say that the strategy--like communism--has never been tried. 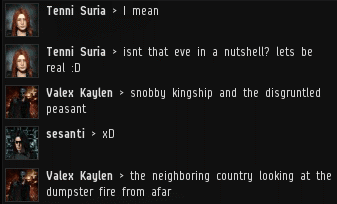 Local chat filled with the murmuring of carebears. Agent Alt 00 saw that they still needed direction. 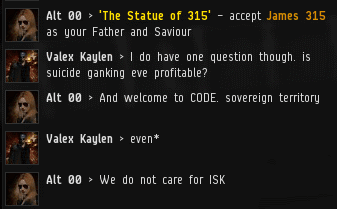 Valex Kaylen could not resist engaging the ganker in conversation. I mean, how often does a highsec miner get to speak to someone who knows how to play the game? 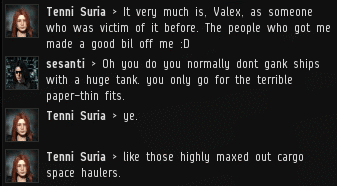 Unintentionally, Valex's fellow miner urged her to obey the fitting rules of the Code. 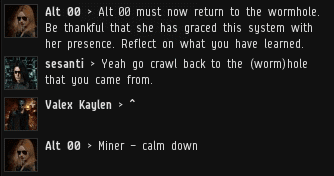 Our Agent saw that she'd been a good influence on the system. Pleased, she planned to resume her Genesis campaign the next day.

...And the next day promised to be a violent one.

Fortunately, Alt 00 was prepared. She had many more Catalysts and Taloses at her disposal.