The Agents of the New Order are famous for their compassion. But just how much compassion do they have? 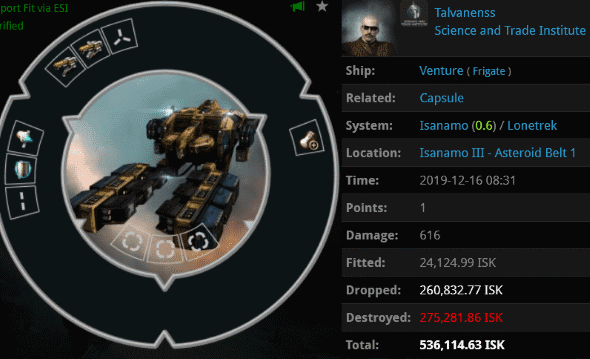 The answer: A lot.

Agent Dishrag caught Talvanenss in the act of mining without a permit. Talvanenss was also guilty of AFK mining and, generally, mining with a Venture in highsec. Agent Dishrag would've been justified in hating this miner, yet he offered to teach him the law.

The Venture pilot turned out to be a foul, ungrateful creature. 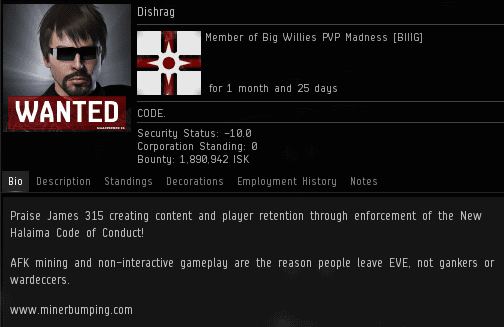 Now Dishrag's compassion would truly be put to the test. Surely no one would want to help Talvanenss under these conditions. 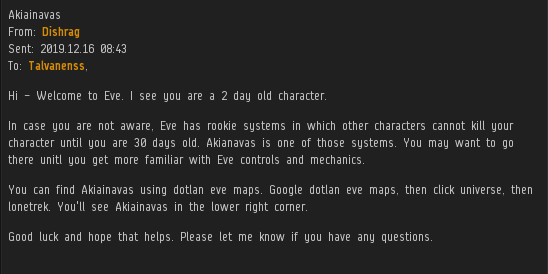 Incredibly, Dishrag directed the new player to a "rookie" system. All of the anti-Code carebears who accuse gankers of being bullies and griefers should hang their heads in shame and throw a parade in honour of our Agent. Wow!

Alas, the miner was entirely from Goblok stock.

Yet Dishrag's compassion knew no bounds. If there was even the tiniest glimmer of humanity flickering somewhere beneath that bot-aspirant shell, our Agent aimed to find it and cultivate it. Perhaps something could be made of Talvanenss.

Agent Dishrag was fascinated by the gruesome spectacle. He sought to understand the miner. But there wasn't much to him. So Dishrag left the miner while he attended to other matters. However, Talvanenss didn't know what to do without a Venture. The only thing he knew how to do besides mining was sending EVEmails.

Dishrag had little hope for the miner. All he could do was direct Talvanenss to the Code and gank him whenever he got around to buying a new mining ship. 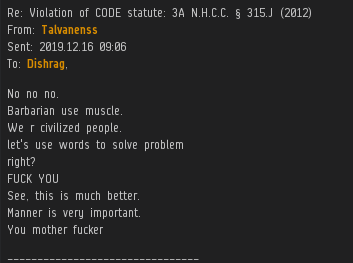 Left to his own devices, the miner lashed out in anger. Surely he wasn't going to turn into one of those miners--the ones who spam unsolicited tearmails all day? 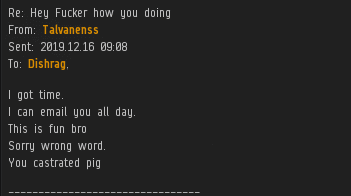