Previously, on MinerBumping... aiva naali poured his heart and soul into the Imperium's new battle flag. But wars are not won by flags alone. aiva recharged his batteries with a good night's sleep, refilled the coffers of his titan fund, and readied himself for the next phase of his legendary journey. 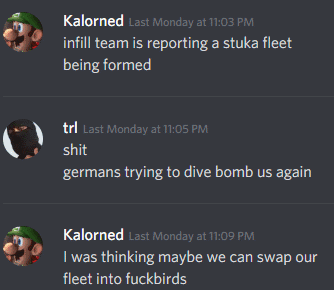 Conquering nullsec isn't easy. The Imperium was constantly at war--which meant that its leaders were always making important decisions. 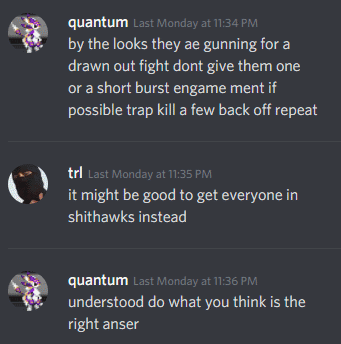 aiva wasn't on the front lines, but he was able to evaluate the war situation by carefully reading the chatter in his Discord channel. 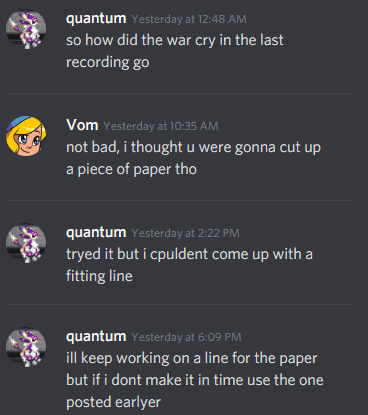 In his spare moments, aiva practiced making speeches and war cries to go along with his battle flag. aiva sent some sample video clips to his most trusted colleagues, who were always ready with useful feedback. 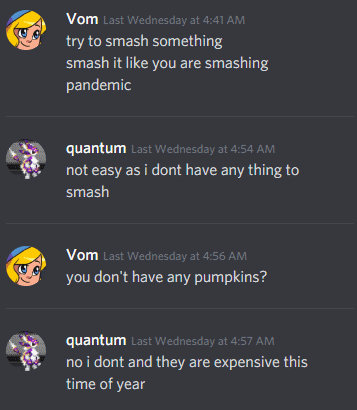 Though an experienced tactician and fleet comp theorycrafter, aiva was new to motivational speaking. To be frank, he wasn't yet ready for prime time. Once he'd mastered the art, he would be able to share his videos with the Imperium--and the world. 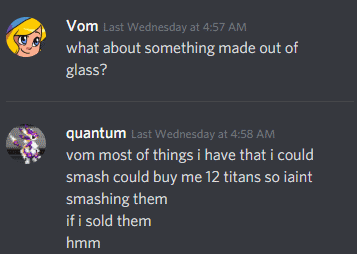 Unfortunately, aiva's contacts in the New Order weren't experts in the field, either. aiva wasn't sure how much he could learn from them. But he was confident that he would grow into the role.

As time went on, aiva busied himself with his usual work: Developing secret weapons and directing Imperium fleets via Discord. 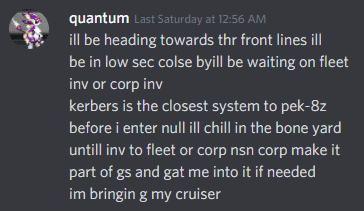 In the midst of his theorycrafting, aiva made an offhand remark that drew the notice of his colleagues.

aiva had suddenly remembered that he wanted to be invited to join Goonswarm Federation. The last time this happened, aiva had been sidetracked by an angry Russian from his former corp. Would his ambitions be realized this time? 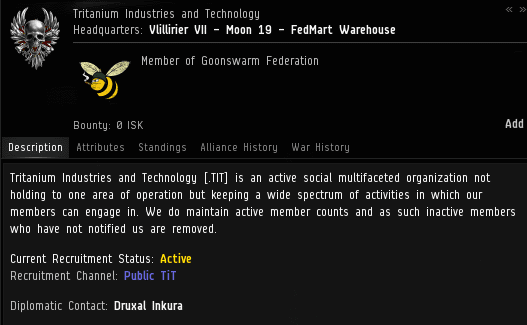 Luckily for aiva, Goonswarm Federation had hundreds of corporations to choose from. He selected one that caught his eye and began to prepare his application. 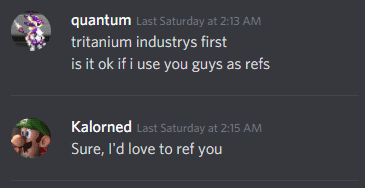 It always helps to have connections. And aiva had plenty. 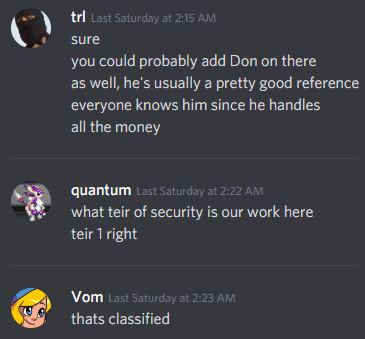 Considering that aiva was already basically in charge of the Imperium's military, he figured he ought to be a shoe-in for membership in one of Goonswarm's random corps. There was a catch, though. 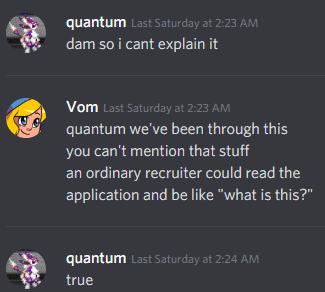 How exactly does one get credit for being a secret mastermind?