Previously, on MinerBumping... aiva naali was determined to lead an invasion of Pandemic Horde space. To his dismay, the planned invasion was cancelled by a halt order from The Mittani himself. But aiva went ahead with the attack anyway--only to find himself alone and outgunned by a single Pandemic Horde member. aiva's closest associates blamed the invasion's failure on the lack of a dolphin flag.

For months, Agent Aiko Danuja politely listened to aiva's speeches about strategy and theoretical fleet compositions. Now it was her turn to give a lecture.

Aiko passionately implored aiva to realize the importance of a battle flag.

For all of aiva's many talents, he had a blind spot: He didn't grasp how essential the dolphin flag was to his greater plans of galactic dominion. aiva had put the vital project on the back burner. Now he had to deal with the consequences. 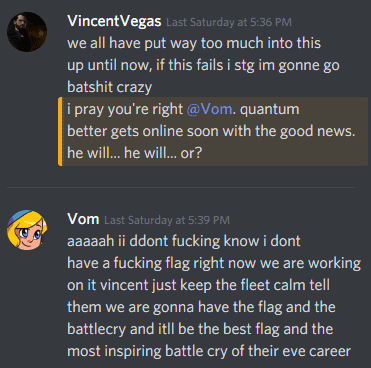 The confident atmosphere of the Discord channel descended into full-scale panic. So much for aiva's aura of invincibility. 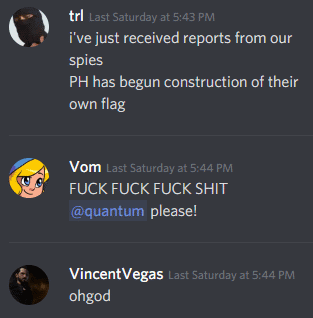 Just hours before, it seemed as though the Imperium was about to defeat Pandemic Horde for good. Now the tables were turned. Things were spiraling out of control. 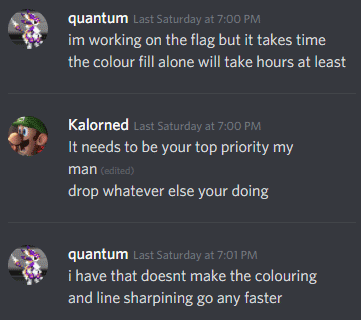 When aiva returned to the channel, he attempted to restore order. He knew that he needed to design a dolphin flag before the Imperium fell apart. But he wasn't willing to compromise his artistic integrity on some rush job. If aiva was going to do something, he was going to do it right. 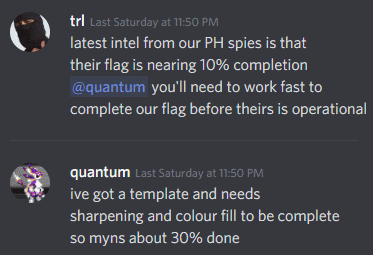 Some might be tempted to grab a few pencils and scribble a dolphin on a piece of notebook paper. That wasn't aiva's style; he wanted an image that would inspire people. But good art takes time. And effort. 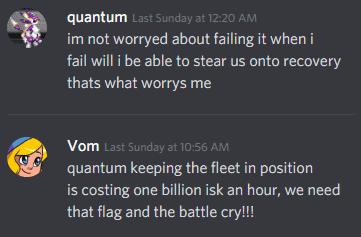 Aiko reminded aiva that a proper battle flag is accompanied by a powerful battle cry. Only aiva was qualified to come up with said battle cry. 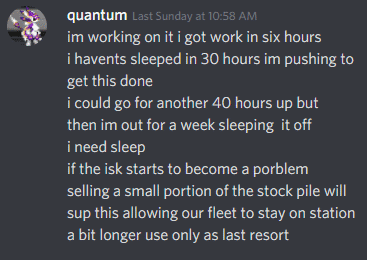 Creating the dolphin flag was a grueling process, one that greatly taxed aiva's mind and body. aiva was willing to make personal sacrifices, though. 'Twas reminiscent of the Great War, when Goon logistics personnel stayed up all night to anchor POS towers and modules. 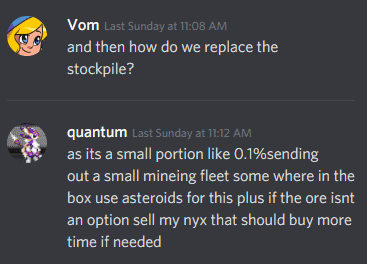 Everything was on the line. To ensure victory, aiva was willing to sell off his beloved Nyx, which he hadn't yet gotten a chance to fly (or see). 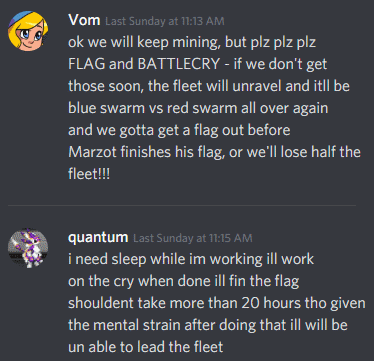 aiva yearned to lead an Imperium invasion fleet. But he was nearing the end of his rope. He wasn't confident that he could finish the dolphin flag and be at his best on the battlefield. 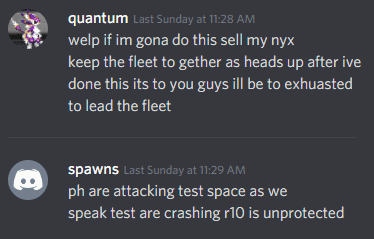 As time went on, tensions only ramped up. aiva was at the center of a whirlwind.

Finally--finally!--after all the sturm und drang and sleepless nights, aiva's task was completed.

This had better be one heck of a dolphin flag.