It's a new year--will this one be better than the last? Is your life on an upward trajectory?

Those who refuse to learn from the Code will be ganked over and over again, no matter how many new ships they buy. But those who embrace the Code will reap the rewards. Welcome to the latest edition of the Highsec Miner Grab Bag! 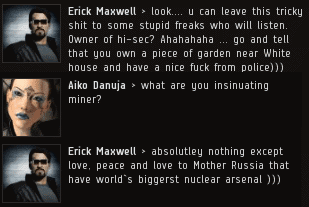 Nuclear missiles mean little in highsec. The Code is the superweapon of EVE--and it works.

No, miners, you can't just go to the bathroom in a 0.9 system. Highsec is not your toilet. Not since the Code. 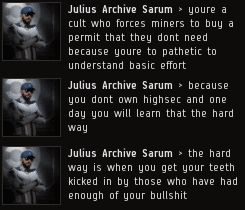 Now I see why all of the anti-Code resistance movements have failed after all these years: They haven't had enough yet.

When drafting a reimbursement request, keep in mind that you're not going to have much luck if you include details that establish your own guilt. 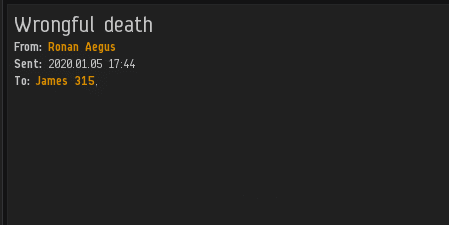 Then again, it's possible to go too far in the other direction. 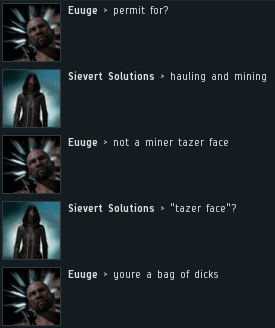 I, too, would like an answer to Agent Sievert Solutions' question. Tazer face?

Agent Dishrag translated the miner's message as follows: "What a fool you are! I have been in the game for four days! Drawn to the weak? You moron!"

The miner admits that he is weak. More PvP will do him good, I think.

If you're going to mine in a Venture, it is better to do it in low/null/wormholes. However, if you intend to mine in highsec, don't lie about it.

Reports of my being banned are, as ever, fake news. Don't trust everything in your Facebook feed. 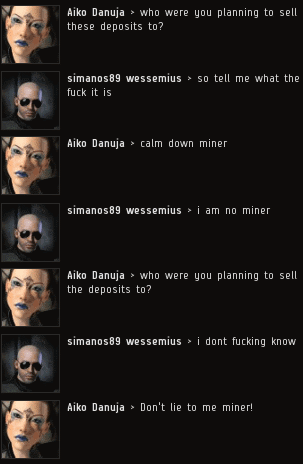 When miners need to be interrogated post-gank, it can sometimes get heated. Don't worry, though--our Agents always err on the right side of torture.

That's more like it. I often say that miners need to thank their gankers more. 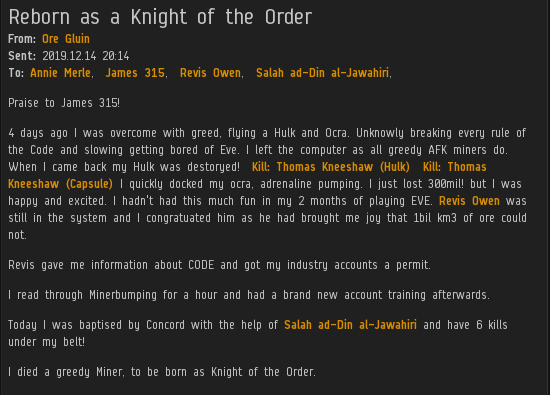 For the New Order, progress isn't just an idea; it's our way of life.
Posted by MinerBumping at 18:05