Previously, on MinerBumping... aiva naali made a new enemy: Conoco., a large Russian corporation which he left in hopes of joining the Goons, felt betrayed by his unannounced departure.

aiva made it clear that he had no intention of staying in Conoco. unless properly compensated. But the Russian corp was unwilling to give aiva any money.

As per protocol, aiva went to Imperium intelligence and reported that he had been approached by a foreign agent.

aiva was still eager to join Goonswarm Federation. The road had been a long and winding one--expensive, too--but now it was time to officially enter the ranks of the Imperium. Hopefully aiva's latest intelligence coup would further serve to prove his loyalty.

...But there was another setback. aiva was required to fully fund the construction of his titan and Nyx before he could join Goonswarm. Despite having 30,000 members, Goonswarm was quite an exclusive club.

Every few weeks, aiva sent an update to the Saviour of Highsec himself. So far, he had gotten nothing in reply. But he was hopeful that one day the sphinxlike ruler of highsec would speak to him. 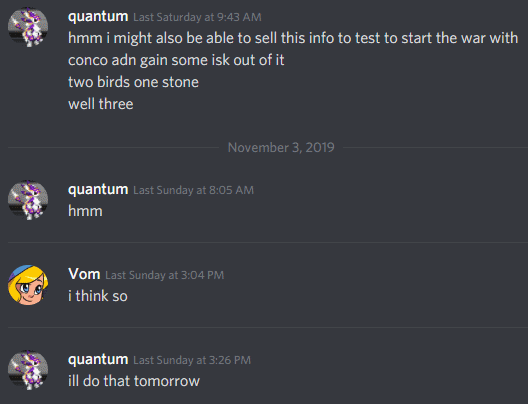 Since he needed to fully purchase his supercaps before joining Goons, aiva considered more ways to make money. Perhaps he could use his former corp to his advantage--and profit?

Although he had many unique skills in his arsenal, aiva had not yet attempted to become a propagandist. Perhaps now would be a good time to develop that ability.

Meanwhile, aiva put into motion his plan to get Test Alliance Please Ignore embroiled in a war with Conoco. Unfortunately, like the flight of Rudolf Hess, aiva's diplomatic mission ended in failure. 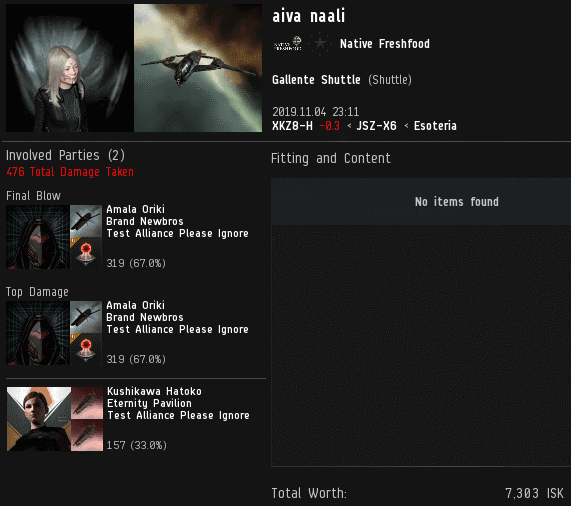 aiva's empty shuttle had been shot down in Esoteria. Worse, TEST didn't even respond to aiva's 10 billion isk reimbursement claim. So much for diplomacy. 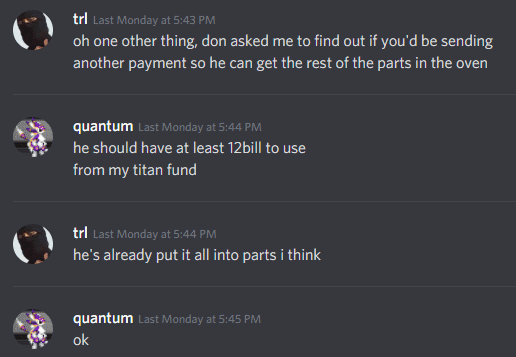 By aiva's count, he had already paid 12 billion isk toward the construction of his titan and/or Nyx. It wasn't enough, though at least the money was being put to use. aiva's flagship was in the pipeline.

Another step closer to glory.

aiva prepared to record a speech that would inspire the Imperium and introduce himself to the general public for the first time. When completed, the entire nullsec population would be sure to watch it. It was almost time for the super-spy to step out of the shadows.