Some time ago, I received the above EVEmail from Hig Hurtenflursts. When I encountered him again, I decided to touch base and see if he had changed.

Not much improvement, yet. But you never know when you're on the verge of a breakthrough. 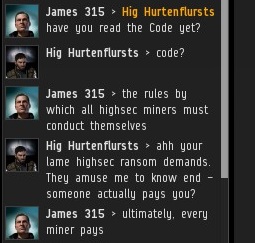 I have collected billions of isk in mining permits alone, but I still occasionally come across people who think no one has ever paid. 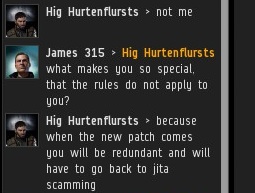 Denialism and hope of an anti-Order expansion? Hig was making me nostalgic.

The suicide rate among today's youth is appalling. It's no wonder, with people passing out pro-suicide advice like it's Halloween candy. Sadly, Hig never did explain how the next expansion would destroy the New Order. 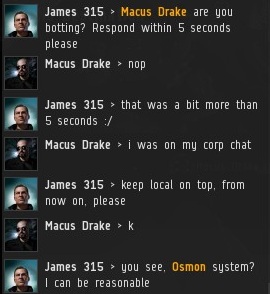 I decided to leave Hig in the penalty box while I moved on to more promising miners. 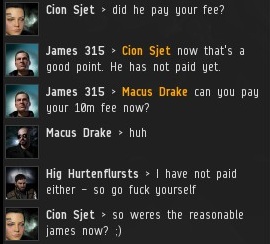 Then Hig came to life again. It was time to learn more about what made him tick. 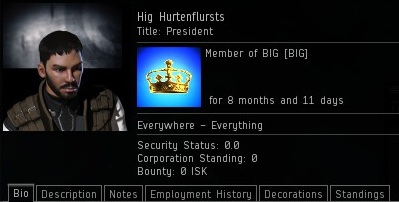 Hig is a member of BIG, the corporation best known for its famous EVE lottery. BIG also used to be known for running rigged lottery scams--though you won't read about that in their "Community Spotlight". 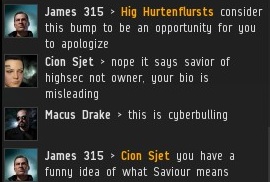 I returned to the scene of Hig's crime to save the ice. Would he learn from his past mistakes? 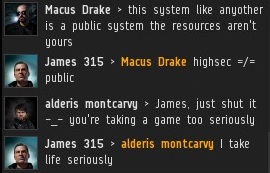 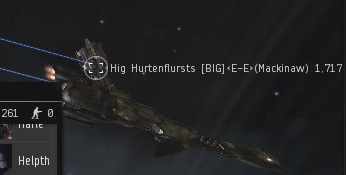 Hig once again returned to the ice. I forgave him.

When Hig returned to the ice for yet another illegal mining operation, I saw a desperation in him that I hadn't seen before: 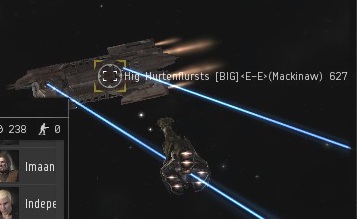 Yellow-boxing is the official "cry for help" game mechanic of EVE. 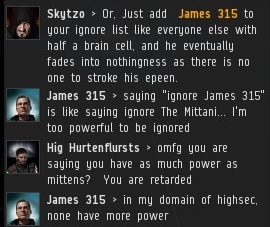 I am like Aquaman, sometimes given insufficient credit as a superhero, but I reign supreme in my own domain. According to Greenpeace, 80% of the world's life resides in the oceans. Just like 80% of EVE accounts are in highsec!

Everyone who plays EVE must decide whether he will fill the role of a hero or a villain. I am happy to say that I am a superhero.
Posted by MinerBumping at 19:55