You know all those movies and TV shows where they show you something, and then make nearly the entire episode/movie a flashback by cutting to "X hours/days earlier..."? Annoying, right? Let's do that. 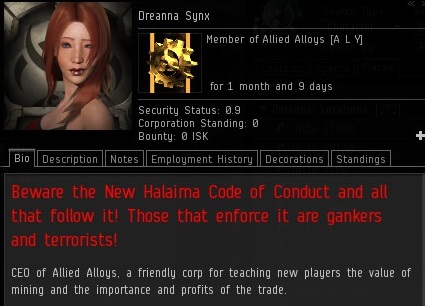 I received an EVEmail from Dreanna Synx. I had barely gotten one line into the EVEmail when I realized it was going to be a very good day to be the Saviour of Highsec.

It's not entirely unheard of for highsec miners to have one pilot juggling two ships. By keeping the empty ship locked, they can prevent others from boarding it. But Dreanna had been podded several systems away, leaving the Orca unprotected.

The EVEmail concluded just as I hoped it would: A Hulk was dead, an Orca was stolen, and a bot-aspirant fatale was asking me for help. I took the case instantly. The game was afoot. 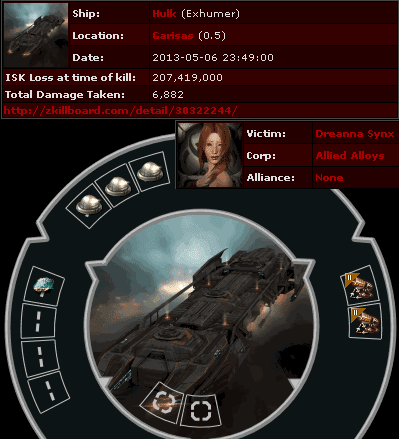 Dreanna's Hulk was killed by Agents John E Normus and Fawn Tailor. It was a 0.5 system, but the dizzy dame hadn't bothered to fit any tank mods. John podded her out of the system. You might think this was an open-and-shut case, but you'd be wrong. None of my Agents had taken the Orca.

I wrote Dreanna at once. My first priority was to calm her down and let her know everything would be all right. We know how these bot-aspirants can get hysterical. Then came the help:

I saved the day. By giving her the Code, I prevented Dreanna from ever needing to lose another ship.

Then I received a curious reply. Dreanna apparently did not realize I had helped her.

Sometimes gank victims are in shock, and the Code is a bit much for them to handle. I gave her a tl;dr of the Code and called it a day.

My eye twitched a little when I got this EVEmail. It was going to be another one of those bot-aspirants.

Dreanna was obstinate. If this sort of thing hadn't happened before, I never would have believed she wasn't willing to pledge loyalty to me yet.

It's a common misconception that I hate miners. EVE is just a computer game. I only hate Code-violating miners.

Dreanna was sore about the 315 isk CSPA charge that she incurred each time she sent me an EVEmail. You know how it looks like I sign my EVEmails with "315"? I don't, really. It's a minus 315.

It's true that we bump and kill miners who aren't in the Order. But if we continue to kill and bump miners, more and more miners will join us, which will mean we will have to kill and bump fewer miners. Then we'll have a reputation for being peaceful, because we have to hurt so few people.

Dreanna terminated our conversation. She predicted a resistance would rise up against us. By this point, carebears have predicted about a hundred out of the last zero rebellions. The bottom line was that Dreanna refused my help. But she had one more card left to play.

Next time: The New Order tracks down the Orca thief, and Dreanna seeks help from an alternative saviour: Agent Galaxy Pig.
Posted by MinerBumping at 18:15