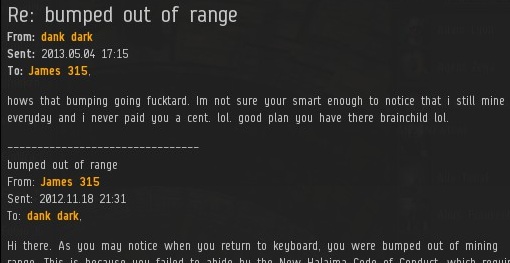 Speaking of months, dank dark was still sore about the bumping I gave him back in November. One advantage of being an Agent of the New Order: People will remember you forever. 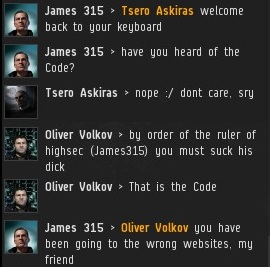 The rumor mill always twists things around. That's why MinerBumping.com is so important. You get your Code directly from the source! 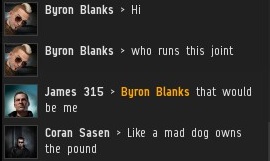 Simplicity is important in any government. It breeds accountability and clarity. The chain of command in highsec is me, my Agents, and then all the other people. Below the people are the bots and bot-aspirants. 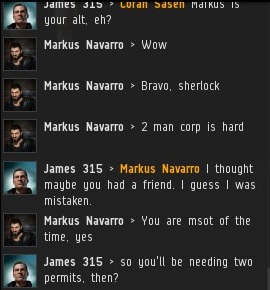 Tip of the day: If you own multiple accounts, you can purchase multiple mining permits from the same character. Just list your mining characters' names in the reason slot when transferring isk to me. 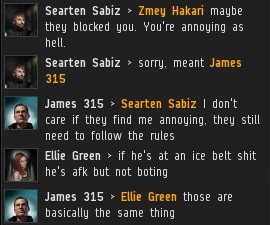 Culture is something that can only be transformed one person at a time. I immediately zeroed in on Ellie Green's lack of understanding of the Code. She was "green". 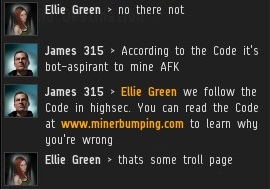 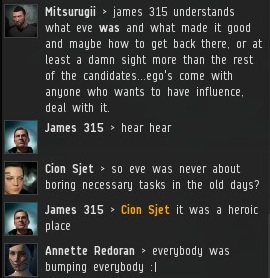 Some people advocate change for change's sake. Others cling to traditions for tradition's sake. I strive to maintain the good things and change the bad. It seems like an obvious thing to do. 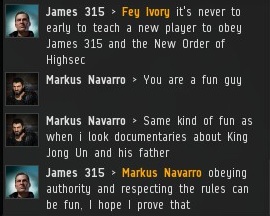 You can chart the notoriety of the world's monsters by keeping track of how often I'm compared to them by angry miners. Kim Jong-un is going up in the world. 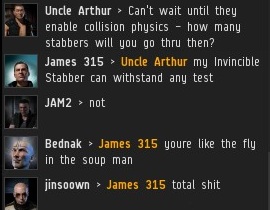 Even after all this time, carebears still await the magic bullet mechanic to end miner bumping. I wonder how those "space anchors" are coming along? 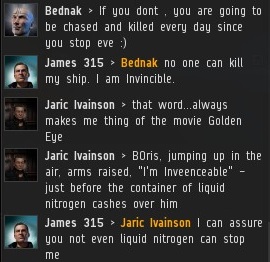 My Invincible Stabber is invincible, invulnerable, impenetrable, impervious, impregnable and pretty much anything else that begins with the letter "I". 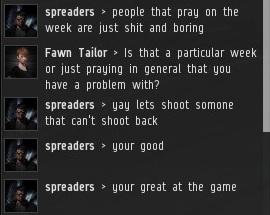 You know who complains the most about gankers who "shoot ships that don't shoot back"? Miners. Weird, eh? 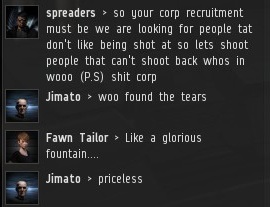 Luckily for the good guys, miner tears are a limitless resource. No need to conserve them; get greedy!

I feel sorry for cats. Only nine lives? 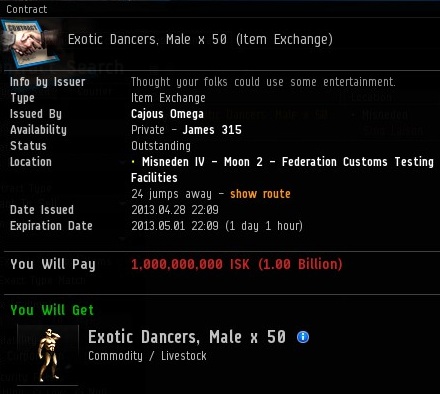 On occasion, I am notified of someone's private contract to me. Sometimes they're donations, and other times they're scams.

Anjay Shardae is right about one thing: Couples can play EVE. I wouldn't recommend mining, though, because husband and wife will get used to wishing they were somewhere else. Carebearing is prelude to divorce. Enforcing the Code, on the other hand, is an adventure that brings people closer together. Before you sign up with a marriage counselor, try inviting your spouse on a miner-killing or miner-bumping op.
Posted by MinerBumping at 19:31