You know what this is, but I'll tell you anyway. It's a post celebrating some suicide ganks conducted by the New Order during the week of May 5th @ 00:00 EVEtime through May 11th @ 23:59 EVEtime. 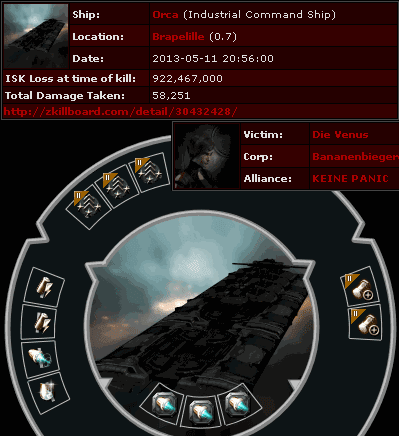 KILLMAIL
It's hard to go wrong starting with an Orca gank. Die Venus spurned the safety of a 10 million isk mining permit in favor of the supposed protection of Concord in a 0.7 system. So much for that plan. Agents Guybertini, Sara Arran, John E Normus, xxBLACK SKULLxx 929, Dr Tyler, Apollo von Sol, xXBlackShinigamiXx 777, Diabolical Fullmoon Mysticism, xX1337xHonyzXx, Ailish Liu, and Rollo Tomasi Stetille taught her an important lesson. The Orca contained a Mackinaw, which was preemptively destroyed.

Bonus! Agent enterprisePSI was on hand to record the gank, and uploaded this fine YouTube video for your enjoyment and education. 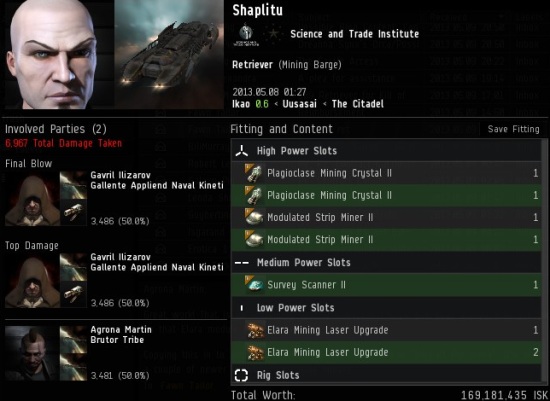 For some reason, Shaplitu thought it would be a good idea to fly a 169 million isk Retriever. Agents Gavril Ilizarov and Agrona Martin executed him for his crimes and recovered two out of the three valuable mining upgrades that dropped. If you're going to spend 169 million on a mining ship, you may as well upgrade to a Mackinaw. Or better yet, upgrade to a Code-compliant vessel of any classification. 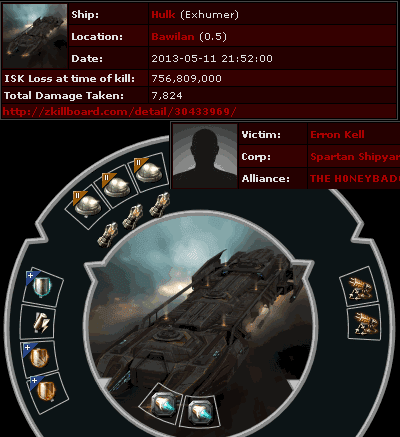 KILLMAIL
The only thing sillier than a 169 million isk Retriever is a 756 million isk Hulk. Erron Kell made the conscious decision to fit his ship with a bunch of expensive shield mods and named mining upgrades. Disastrously, he left his permit slot empty. You know, a little humility goes a long way. Adorning one's self with flashy mods is very immodest. Agents xxBLACK SKULLxx 929, Guybertini, Dr Tyler, Apollo von Sol, Lenda Shinhwa, xXBlackShinigamiXx 777, and Sara Arran arrived and showed him the error of his ways. 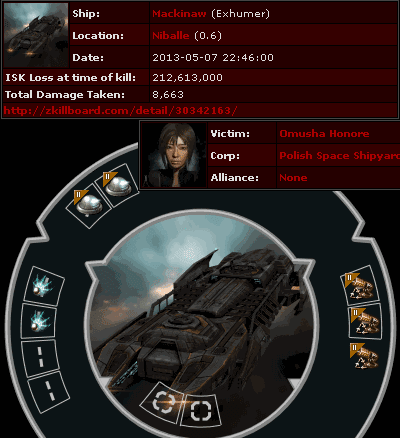 KILLMAIL
Omusha Honore proved that you don't need a lot of isk to set yourself up for an interesting lossmail. Omusha did it on the cheap, fitting his Mackinaw with two tech I webifiers. Why did he do it? Agents Ziaeon and Capt Starfox killed him before he had the chance to explain, so it must remain a mystery.
Posted by MinerBumping at 17:57