Shareholder Vote on Mine Teck's Fate

Ladies and gentlemen, the day has arrived. Today I keep a promise that I made long ago to a highsec ice miner named Mine Teck. I didn't become the Father of the New Order and Saviour of Highsec by breaking promises. If I make a promise, I always keep it. It may not be today, but eventually, it will happen.

This shareholder vote will determine the fate of Mine Teck. He claims that he was ganked despite being in compliance with the Code. The available evidence concerning his compliance status is conflicting, to say the least. Mine Teck also believes he is due special consideration because of the mockery he received when the TeamSpeak recording of his complaints went viral. If you're unfamiliar with the Mine Teck saga, here are some links to help get you started: 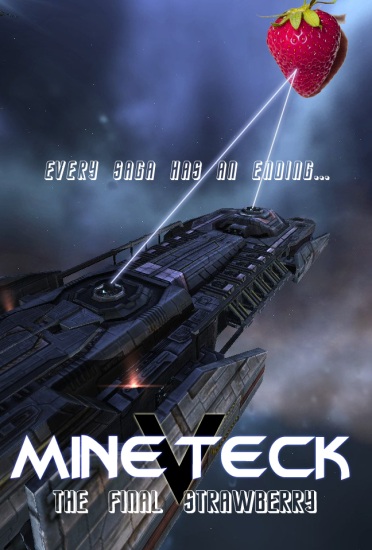 (Many thanks to Agent Levarris Hawk for the artwork.)

It has been months since our last shareholder vote. The New Order has grown by leaps and bounds since then, with tens of thousands of new shares having been purchased. More than 400 EVE players own shares in the New Order. In the past, I would send an EVEmail to everyone letting them know about the vote, and I would also "freeze" the number of voting shares based on what was owned by whom at the time the vote opened. We'll do things a little differently this time around.

EVEmailing everyone would be too burdensome now, and the sheer volume of owned shares makes it much less likely that someone could skew the vote by buying extra shares during the voting period. Instead, I will determine the voting based on what is owned at the time the voting closes. This means that if you don't currently own shares, you can buy some and participate in the vote. Since I won't be doing an EVEmail, I am making the voting period a bit longer, so people have more time to take notice of it. (With any luck, we might even reach the 12% voter turnout that the CSM8 election achieved with a mass EVEmail!)

No more wasting time. Let's get right to it.

Should Mine Teck be treated as a member of the New Order family in good standing?

[ ] YES, he probably paid for mining permits to begin with, and he has already been through enough of an ordeal.

[ ] NO, he is an impenitent Code violator and resistance communications network backbone, and he should be ganked and/or bumped on sight as is proper under the Code.

[ ] He can run where he's highest when he picks up STRAWBERRY.

Shareholders may vote either YES, NO, STRAWBERRY, or ABSTAIN by replying in the vote thread on EVE-O, or by sending me an EVEmail.

The voting period will last from now until Thursday, May 9th at 01:00 EVEtime.
Posted by MinerBumping at 20:24

Email ThisBlogThis!Share to TwitterShare to FacebookShare to Pinterest
Labels: Business