You know what that whining sound means: Either your computer is overheating or it's time for another edition of the Highsec Miner Grab Bag! 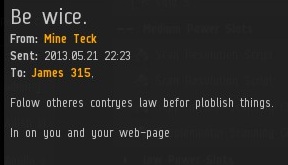 Someone claiming to be Mine Teck left the following comment on an earlier post: "Mine Teck here. By recording TS whit out asking me. I think is is against the law, and then publish it. Again whit out asking." It sounds like Mine Teck has fallen in with a bad crowd. Could the resistance be creating its own space law firm? 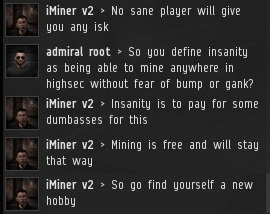 I can't understand what iMiner v2 is going on about. Mining in highsec costs 10 million isk and it has been that way for a long time.

I may not be fluent in Russian yet, but I am getting a working knowledge of badly-translated Russian. The inclusion of the word "creature" is a dead giveaway.

I don't know if Qroni meant to give off such mixed signals. Did she tell Agent Ophidia Black that she could continue supporting herself? 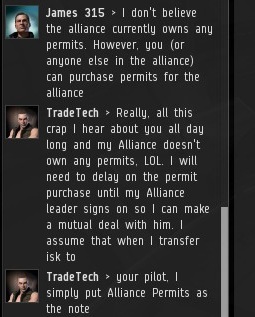 One can only guess at the number of conversations that take place about me each day. All good "crap", I hope. 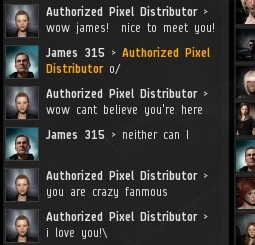 As we all know, I am a rock star. Authorized Pixel Distributor attempted to play one of Erotica 1's bonus games and wasn't very happy about the result. But at least she got to meet a celebrity. 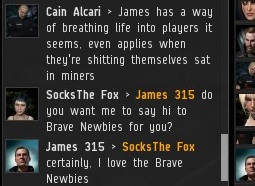 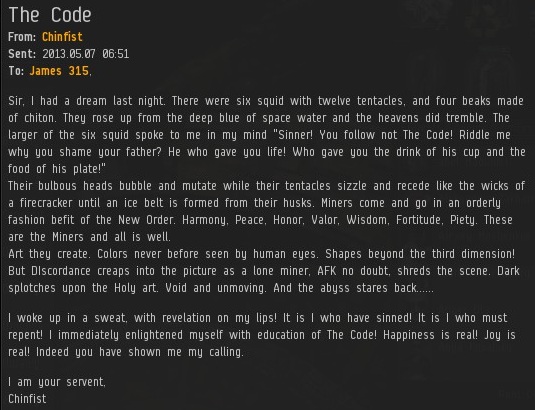 Some people say that dreams are merely the byproduct of randomly-firing neurons. But Chinfist makes so much sense here that it couldn't possibly be the case. 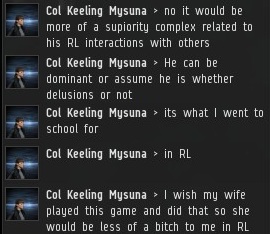 People have crafted elaborate explanations for why I do what I do. Conspiracy theories and psychoanalyses abound. It's simple, really: Helping others makes a good man feel good. 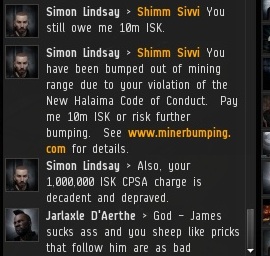 I don't know Agent Simon Lindsay's policy, but I'll pay just about any spam fee to reach out to the people I have bumped. It's like planting a seed; in the long run, it's worth it. 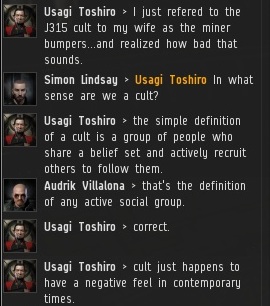 I offer this challenge to any married man who mines in highsec. Explain to your wife what the New Order charges for a mining fee, and what the consequences of not paying are. I'm confident that many of you will get some good sense talked into you.

In two days, Dustas lost two exhumers and two pods to the New Order. To save time, he CC'ed his tears to all of the responsible Agents in a single EVEmail. Now that's efficient!
Posted by MinerBumping at 19:30