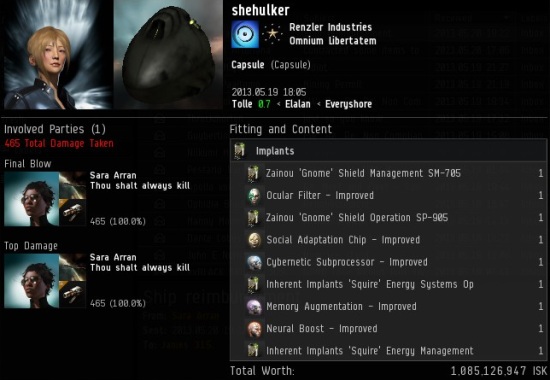 There were a lot of submissions for podkill of the week, all clustered around the 1 billion mark. shehulker's pod, worth 1.085 billion isk, narrowly beat them all. Agent Sara Arran wins! 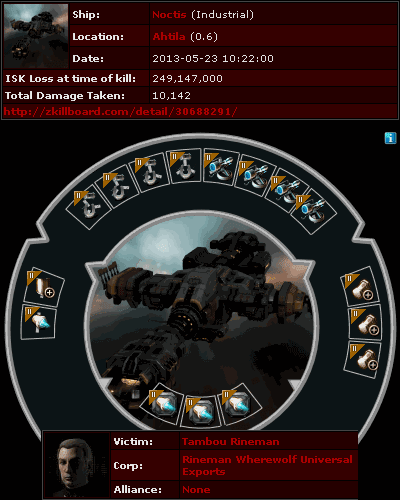 Agent Fawn Tailor has faithfully continued the anti-Noctis effort. Tambou Rineman lost an unusually expensive Noctis, worth about a quarter billion isk with cargo included. Look at all of that tech II equipment, and all those tech II rigs. Tambou gave money to the sellers of all those items, but he wouldn't spare a penny for Fawn Tailor. His greed resulted in the loss of the isk he craved. Poetic justice goes "boom". 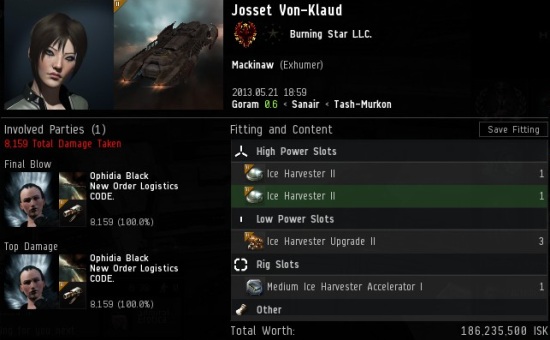 Persistence is the theme for the rest of the kills of the week. We begin with Josset Von-Klaud's totally untanked Mackinaw, which was destroyed by Agent Ophidia Black. It was brutally arrogant for Josset not to tank the ship, but there's nothing new there, so let's move on... 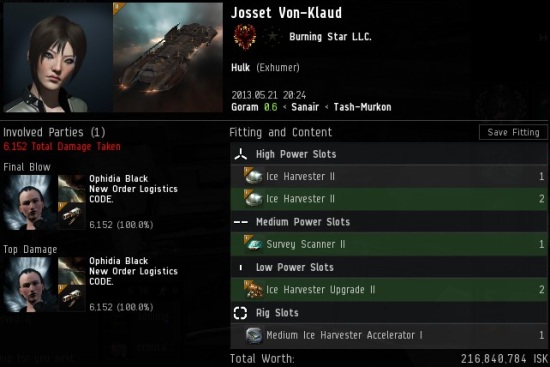 Yup. Less than an hour and a half later, in the same system, Josset was back at it with an untanked Hulk. Because apparently the lesson she learned from losing an untanked Mackinaw was to fly an untanked ship with even less innate EHP. Agent Ophidia Black returned to the scene and offered further instruction. 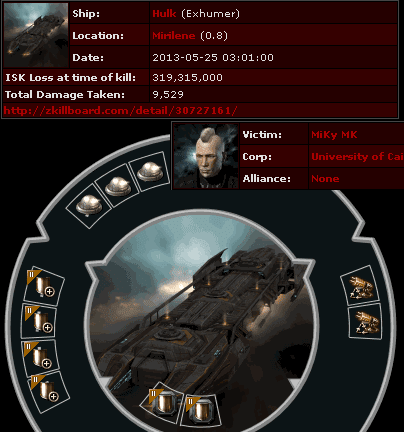 At first glance, MiKy MK cared a lot about his Hulk's shields. Despite using tech I mining lasers and laser upgrades, MiKy purchased a bunch of tech II shield extenders and shield rigs. If he had spent the extra 10 million isk on a mining permit, his only crime would have been being too busy to learn about shield resistances. Sadly, he spurned the one true authority in highsec. This earned him a quick death, delivered by Agents Charlie Jacobson, Sarah Vitilk, and Dave Ormanda. But the full horror of his bot-aspirancy had yet to reveal itself... 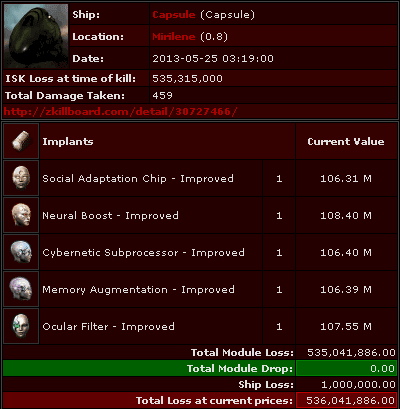 After his Hulk was destroyed, MiKy allowed his half a billion isk worth of implants to bob silently in space. He made no effort to return to station. Eighteen minutes later, after our heroes had waited out their aggression period, MiKy was still at the scene of the crime. Charlie Jacobson brought a Catalyst to pop the pod; Dave Ormanda and Sarah Vitilk expressed their displeasure with the bot-aspirant by bringing rookie ships in to assist with the podkill. Let this be a lesson to us all.
Posted by MinerBumping at 21:22