The Center for Remedial Studies

Zeal for the Code is important. There's not much use for lukewarm followers of the Code. Those who lack commitment are apt to find "exceptions" where someone should not have to play by the rules. 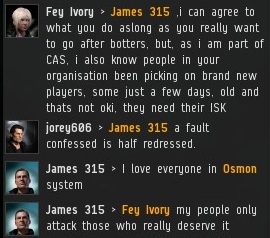 Fey Ivory came to me with concerns about members of his corp being targeted despite being new to EVE. 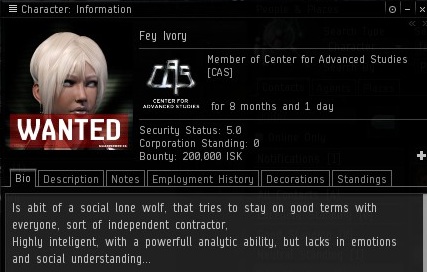 Fey was so protective of his corpmates that it made me curious what corp he belonged to. 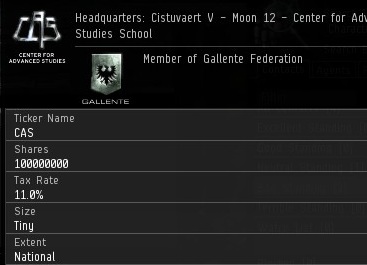 Bizarrely, Fey was actually a member of an NPC corp. 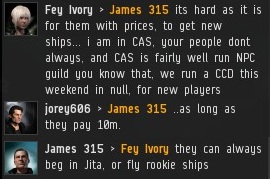 Fey claimed that new players lacked isk and could not afford mining permits. This is nonsense, because mining in highsec is a privilege, no matter how new a player is. There's always a way to make money. Are there no Level 1 missions? And the ore belts in rookie systems--are they still in operation? 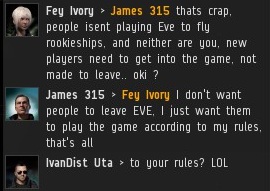 In any case, lowsec, nullsec, and wormsec are available to all players, even if they have only just completed the tutorial. They may get killed, but that's part of the game, and rookie ships are free. I didn't buy Fey's assertion that new players are entitled to something better than a rookie ship. Why are they called "rookie" ships, then? And why would CCP go to all the trouble of redesigning them if new players are too good for them? 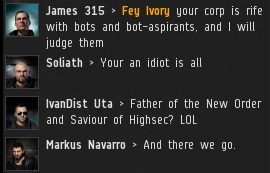 Regardless of corp, alliance, coalition, or faction, all who enter highsec agree to obey the Code. 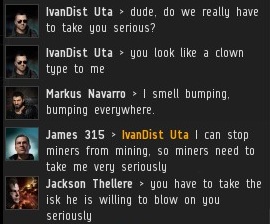 I play fair; I play by the rules. There's no partiality or bias with me. Everyone must follow the law in highsec. 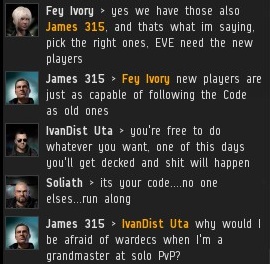 Nor is there any bias based on how old or new a player is. Ideally, every player should download a copy of the Code and read it before they log into the game for the first time. I'd like some New Order content to be added to the tutorial, but so far CCP has resisted doing this. 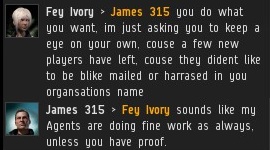 As months go by, I'm never not amazed by the excellent conduct and comportment of my Agents.

Fey Ivory appealed to the discredited philosophy that new players are more valuable than other players, and that we should take desperate action to attract and retain them--even at the cost of EVE's soul.

Avensys became alarmed by the conversation he witnessed in local. Everyone ignored him. 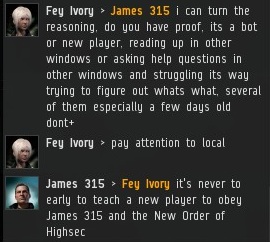 Once we understand that we shouldn't compromise the core of the game to accommodate random people on trial accounts, we must come to the conclusion that new players should assimilate into the culture of EVE, not the other way around.

In a dark corner of local, Avensys continued to be appalled.

People sometimes ask me how it feels to know that people are killing others in my name. Take a wild guess. It feels good. 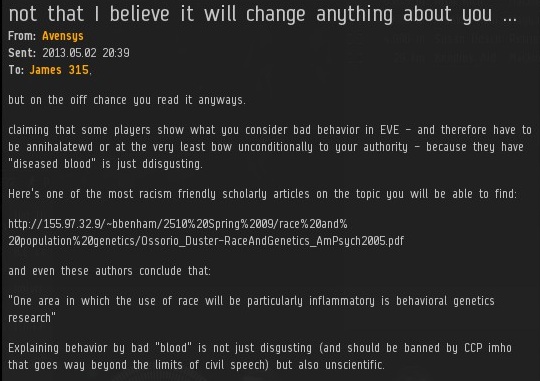 This reminds me... If anyone has the ability to upload documents to a university server, please convert the Code into a PDF and post it up. Perhaps then people will recognize its scientific merit.
Posted by MinerBumping at 18:59