It's that time again! Let's take a look at what happened to some people who were caught in highsec without a New Order permit during the week of July 28th @ 00:00 EVEtime through August 3rd @ 23:59 EVEtime. 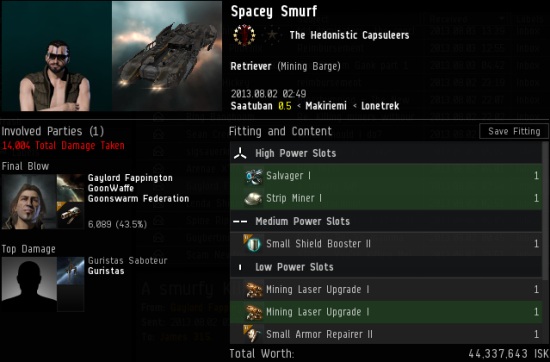 KILLMAIL
Spacey Smurf, like so many other carebears, didn't spend much time on his mining ship's tank. He fit for yield instead. Or did he? No, he dropped one of the two highslots available for mining lasers, in favor of a salvager. Then Agent Gaylord Fappington showed up, and suddenly it was the wreck of Spacey Smurf's Retriever that needed salvaging! 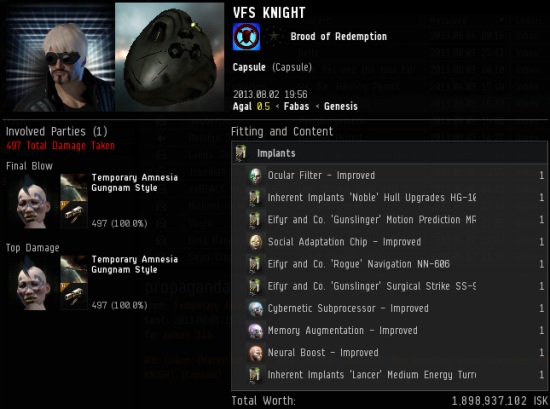 KILLMAIL
The pod of the week goes to VFS KNIGHT's 1.9 billion isk pod. KNIGHT learned what a real Knight is when Agent Temporary Amnesia destroyed his Hulk and sent him home on the pod express. 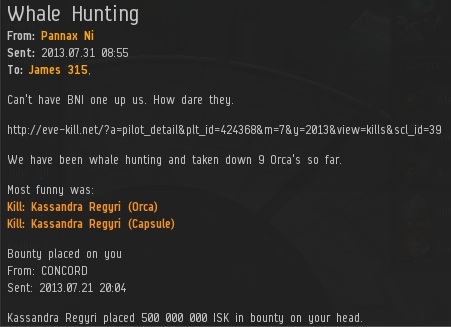 After a Brave Newbies Inc. FC passed along some carebear killmails, Pannax Ni got us up to speed on some of Fweddit's recent adventures... 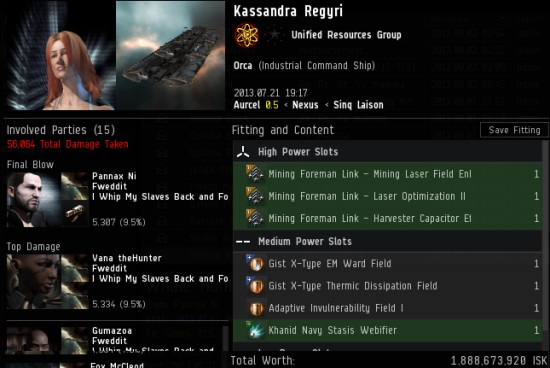 KILLMAIL
It wasn't from this week, but Kassandra Regyri's 1.8 billion isk Orca loss probably still stings--along with the 1.8 billion isk pod. Pannax Ni is what we call "favored by the stars": He got the killing blow on the Orca and got the pod. 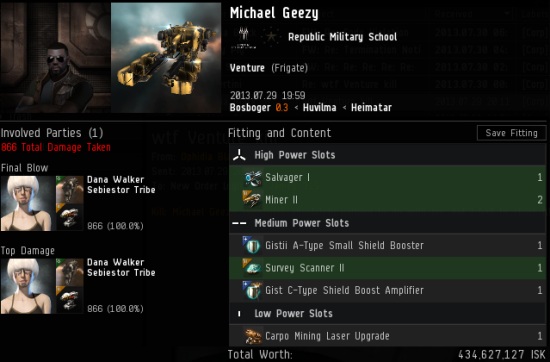 KILLMAIL
Meanwhile, Agent Ophidia Black alerted me to the death of Michael Geezy's 434 million isk Venture, killed courtesy of Dana Walker. Though a lowsec kill, Geezy's abomination could point toward a trend of bot-aspirant Venture pilots. Be on your guard, Agents.

KILLMAIL
Graadul was just autopiloting through highsec without a license. No harm, right? Surely Agent D400 was just being cruel by taking a hard line on the Code? Not on your life. D400 is a seasoned professional and knows exactly what he's doing. We've already seen the pod of the week, so what could be the meaning of this? Take a look: 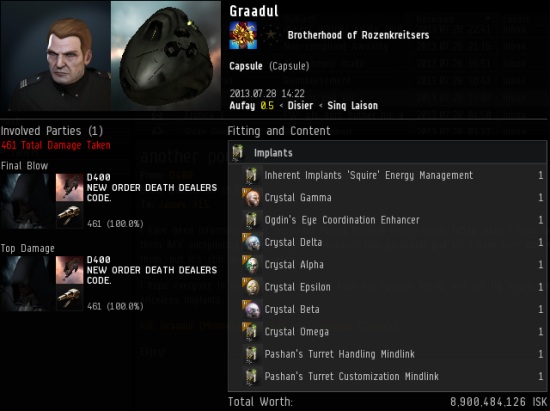 KILLMAIL
Feast your eyes. It's not the pod of the week; it's the pod of the century. You know, we in the New Order are a generous bunch. We own highsec, but we're willing to share. We've withheld nothing. We let people jump through our stargates, dock in our stations, and mine in our systems. We only ask that you follow our rules, show respect to our Agents, and pay 10 million isk for a permit. If you refuse, you have no one to blame but yourself for the consequences.
Posted by MinerBumping at 20:23