With yesterday's announcement of the New Order selling 150 billion isk worth of shares, some might wonder where all of that isk goes. It goes toward the production of high-quality killmails such as these. Let's review some of the finest kills inflicted during the week of November 3rd @ 00:00 EVEtime through November 9th @ 23:59 EVEtime. 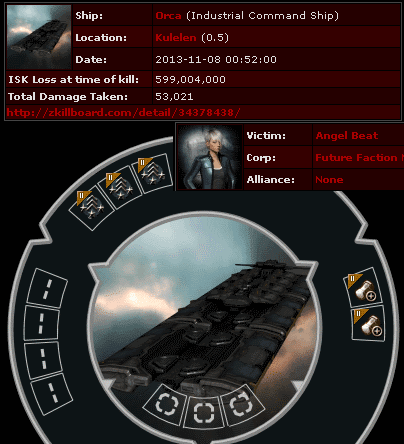 KILLMAIL
The New Order killed a couple Orcas this week. My favorite is Angel Beat's, purely for the fitting. Some bot-aspirant Orca pilots will fit their fish with a few "fig-leaf" shield mods. Not this one. The blank fitting puts out an honest message of "I don't give a hoot". Agents D400, Capt Starfox, chenshar, loyalanon, AdiDasler, greg215, Sophia Soprano, Katarina The Despoiler, and arrow raider, on the other hand, do give a hoot about highsec, so they fought for it. 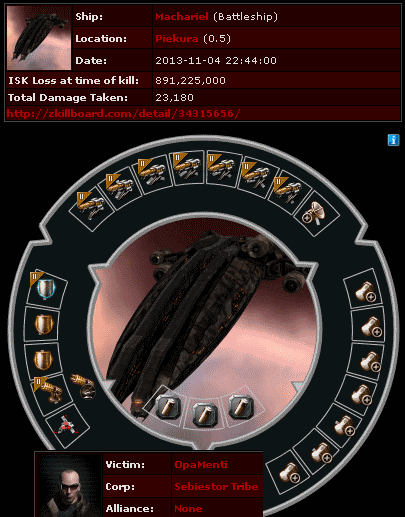 KILLMAIL
OpaMenti spent nearly 900 million isk enslaving a faction battleship and sending it to work in the mines. Agents Sophia Soprano, chenshar, loyalanon, Midnights dagger, and Chaos rises banded together and liberated the Machariel. Unfortunately, there was some collateral damage, in the form of the Machariel. Still worth it, though. 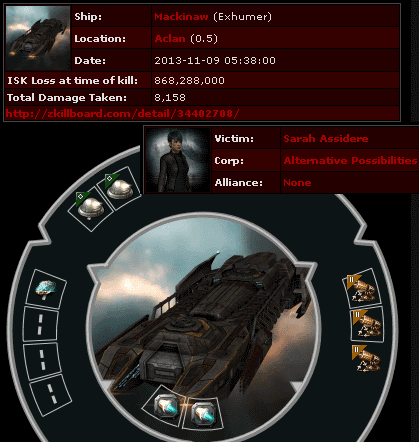 KILLMAIL
You might assume that a 681 million isk Mackinaw was the most expensive Mack lost this week. But Sarah Assidere thought she could do better, and managed to lose 868 million isk on an untanked Mackinaw. Typically, it was mining in a 0.5 security status system. Agents Zane Arnolles and Agent 057 learned of the illegal mining op and put a stop to it. 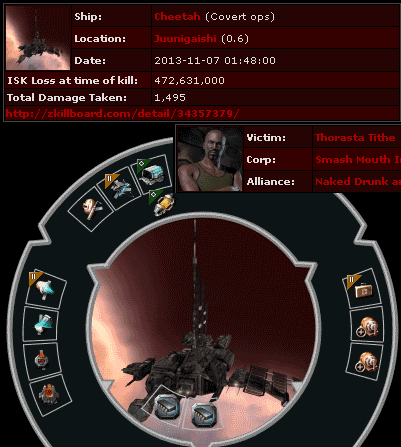 KILLMAIL
Thorasta Tithe learned that you can put an invisibility cloak on your ship, but there's no way to hide from New Order justice. Agent D400 popped the Cheetah, which contained 414 million isk worth of "Melted Nanoribbons" in the cargo bay. I guess they're really melted now. 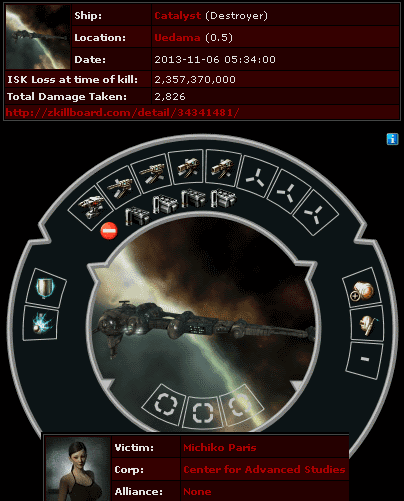 KILLMAIL
What more proof do you need of the New Order's influence? Bot-aspirant RMT'ers have resorted to disguising themselves as gankers, smuggling PLEX inside Catalysts. But Michiko Paris's Catalyst wasn't fit quite like one of ours. Can you spot the difference? Agent Bob StarSeeker did, and he popped 2.3 billion isk worth of filthy PLEX. 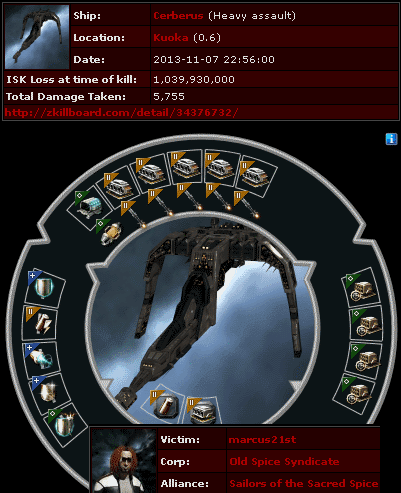 KILLMAIL
marcus21st designed his billion isk Cerberus by running it through a random number generator. Not so fast! Agents Captain Joel Felix, D400, Capt Starfox, greg215, AdiDasler, and Sophia Soprano caught the criminal behaving suspiciously in one of my systems, so they killed him. marcus21st also lost a 2.9 billion isk pod, for a total loss of nearly 4 billion. 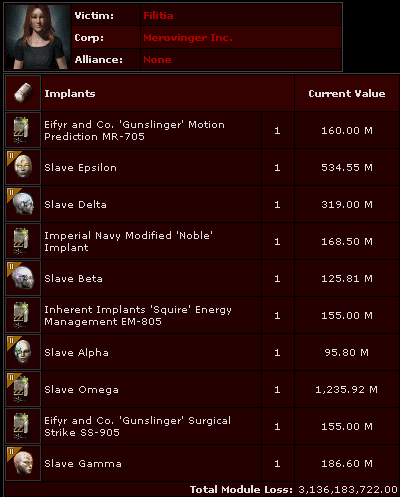 KILLMAIL
...But Agent D400 couldn't be denied the Podkill of the Week. He managed to catch Filitia auto-piloting with a 3.1 billion isk pod, protected only by a shuttle. A shuttle versus D400? The battle could only have one outcome. D400 won the duel before Filitia could return to her keyboard. That's a storybook ending, right there.
Posted by MinerBumping at 21:45