The Agents of the New Order are dedicated to seeking out and destroying all bot-aspirancy in highsec. It's a big job; carebears and carebearism have taken root and flourished over the years. Luckily, the New Order is up to the task. Even the most devious carebears cannot long live in our great new highsec. 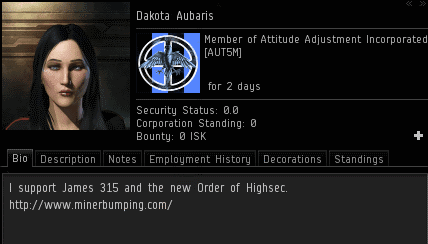 Consider the typical loyalty pledge, found in thousands of miners' bios across empire space. Ever since miner Airon Taiyou invented them over a year ago, they've been a huge hit. It's no surprise: My name carries a lot of weight in highsec these days. Just about everyone wants to enjoy the benefits of citizenship in the Order. 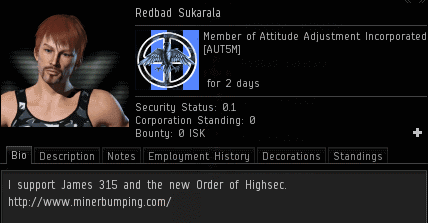 Redbad Sukarala and his alts are just one example of pledge-carriers. But do the miners who pledge loyalty to me actually possess permits, and do they follow the Code? For the most part, yes. Typically, a rebel miner is more willing to give up 10 million isk than space in his bio. But on rare occasions, permit fraud does occur. And it never ends well for the carebear. 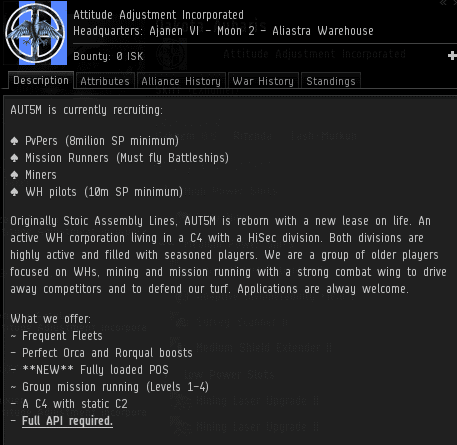 Redbad and his alts are members of Attitude Adjustment Incorporated. It seems to be your typical highsec corporation. They do mining and mission-running. They offer Orca boosts. And they require a full API from prospective applicants, to make sure no awoxers infiltrate the corp. Flying EHP-heavy Skiffs, sporting fake permits, and hiding in a respectable corporation, Redbad and his alts felt completely safe disregarding the Code.

Oh, there's one thing I neglected to mention, though... 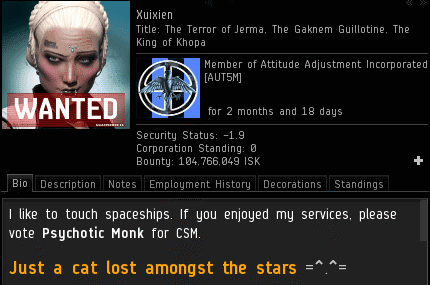 ...Xuixien is the CEO of that corporation. 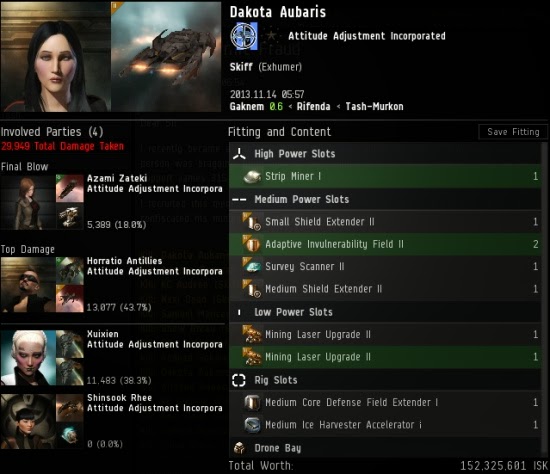 You see, Xuixien and his friends in Attitude Adjustment Incorporated are members of the Belligerent Undesirables community, just like our good friend Psychotic Monk. The corp doesn't recruit awoxers, because it's filled with reverse-awoxers. They don't like bot-aspirants, by the way.

Our heroes enticed Redbad and his alts into the corporation, at which point they nuked his fleet. 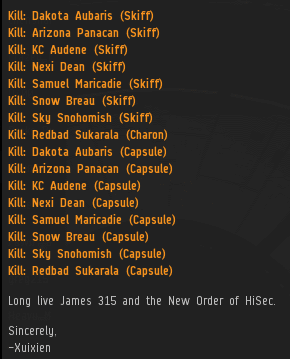 All of those tanked-up, supposedly invincible Skiffs, and all of those fake mining permits--they could offer him no safety. 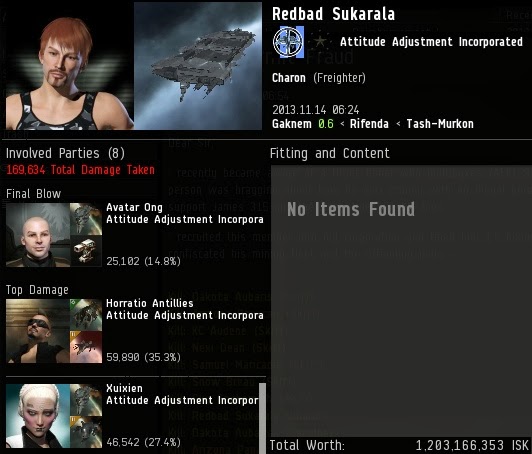 Redbad was so shocked by this turn of events that he didn't drop corp for another few days. There was no reason for him to be shocked, though. If you put your faith in Skiffs and insincere bios, you're bound to get nuked. That's what happens to Goofuses. In time, the light of justice will always find the criminals who lurk in the shadows. It's better to put one's faith in the Code. I look forward to the day that Redbad pledges loyalty to me and means it.
Posted by MinerBumping at 18:58